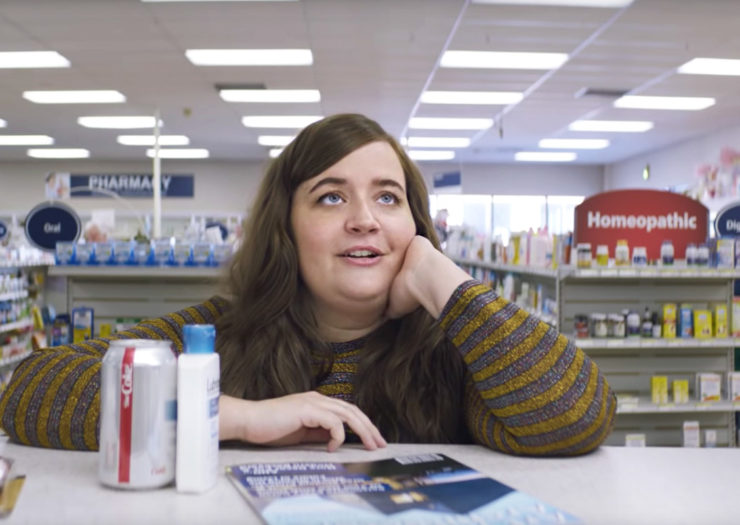 The Truth About Abortion, and Why It Matters

Protecting reproductive rights requires accurate knowledge, and shows like Shrill help shed light on facts about abortion and contraception that are largely absent from political debates around the issue.

In the first episode of the Hulu comedy series Shrill, writer Annie Easton learns that the morning after contraceptive she took didn’t work, and now she has to decide whether to have an abortion. Ultimately she does, and is seen walking into the clinic freely, with her best friend and roommate by her side as her emotional support.

Shrill, which stars Saturday Night Live’s Aidy Bryant, has been applauded not only for its accurate depiction of abortion but for bringing to light little-known facts about contraceptives and the abortion procedure itself. As it seems like every morning these days starts with news about more restrictive laws being placed on the bodies of women, these little beacons of light in media are like a warm blanket in the cold.

However, with so much inaccurate information about abortion spread around our society, I was curious about how accurate Shrill’s depiction of abortion access really was. Who better to call than the experts themselves?

“I think in the media … we are getting to a place where more shows are wanting to destigmatize abortion and lift it up as it is, which is a normal procedure. One in four women within their lifetimes will have [this procedure],” said Michelle Woods, Communications Director for NARAL Virginia. “We hope that people in the media will portray it as a normal healthcare procedure, that it’s a necessity, and how common it is… I think it’s a slow process in terms of lifting up something we don’t talk about, but it’s a conversation that we need to have.”

The biggest battle that those fighting in the healthcare arena are going to face is at its core the simplest — not just for abortion to be legal, but for it to be seen as a normal, routine procedure. However, if abortion and other forms of contraception are to be seen as normal in our society, we’re going to need to have a more accurate understanding of how they actually work.

An alarming moment in that first episode of Shrill is when Annie’s pharmacist points out to her that one of the reasons why the morning after pill did not work is because she exceeds the recommended weight limit for the medication. Apparently this limitation is very real, despite the fact that it is not taught in sexual education courses. Who knew.

Varchena notes that there should be an increased responsibility amongst pharmacists and drug companies to clearly explain the product’s effectiveness for different users. At this time, there are effective contraceptives available for women with high BMI; however, they are only available with a prescription.

“A common one is called Ella,” said Woods. “It works up to five days after unprotected sex. It works for women with high BMIs, so women who would not necessarily be protected in that event, but it requires a prescription. At Planned Parenthood, if you get a prescription you can go back at any point in the next calendar year and get it from Planned Parenthood, but you cannot get it over the counter at a pharmacy.”

Media absolutely affects the way we not only view the world but how we interpret and think about laws in our area and across the country. Portrayals through film and television create conversations and in some cases offer the only education many people have about certain issues. Conservative media certainly understands this, and has often pushed anti-abortion talking points regardless of whether or not the information presented is entirely accurate.

“Media coverage helps how people think about certain issues so if media coverage is inaccurate you’re going to have a medically inaccurate understanding of an abortion procedure,” said Katie Buie of NARAL Virginia. “I think we’re seeing that far and wide — people covering and speaking about realities of abortion, and spreading misinformation. It’s definitely an intentional campaign to mislead people on abortion, and I think that’s where we see representation of abortion in less than accurate ways [having] a negative effect on policy.”

In 2019, a variety of legislation was proposed with the intent of heavily restricting abortion rights, and some of it passed, including several “heartbeat” bills, which prohibit abortion once a fetal heartbeat can be detected — generally about six weeks after conception.

“I think the louder we are as a movement, and the louder we are speaking out while amplifying the voices of education and doctors to break ground on culture changing projects the better off we are,” said Buie. “We all need to do a much better job in expressing how severely detrimental these bills are, especially the six-week bans in different states. We need to make sure we are listing off the realities of how these bills are harming women.”

In 2019, Virginia voted a record number of women into the General Assembly, and this is already having positive results for abortion rights in the Commonwealth. Bills currently working their way through the state legislature are intended to roll back a variety of restrictions on abortion in Virginia.

“These laws have been about shaming women, stigmatizing abortion, shutting off access, discouraging doctors from providing this care. And we say, we’ve had enough, the voters in Virginia have had enough, and now we’re going to act on it,” NARAL Virginia Executive Director Tarina Keene said at a press conference last week. For Keene, the current moment offers Virginia a chance to become a “safe haven” for women in surrounding states who face more restrictive laws around abortion.

Reacting to the fact that in March, the US Supreme Court will hear its first major abortion case since President Donald Trump appointed two conservative justices to the court, Sen. Jennifer McClellan said, “If ever there is a time to protect a woman’s bodily autonomy, that time is now.” McClellan is the sponsor of the state Senate bill that would roll back several of Virginia’s restrictions on abortion, including a 24-hour waiting period and an ultrasound requirement.

Earlier this month, Virginia also became the 38th state to pass the Equal Rights Amendment, which puts that amendment over the number of individual states that need to ratify it for it to become part of the Constitution. Since there was a deadline placed on its ratification originally, one that has long passed, the fight to add the ERA to the Constitution will continue. Still, it’s an important step, for Virginia and the United States as a whole.

Meanwhile, coincidentally enough, the second season of Shrill was released Friday, January 24 on Hulu. It’s a reminder that we must continue to tell our stories, because despite positive progress, the battle for women’s rights is far from over.