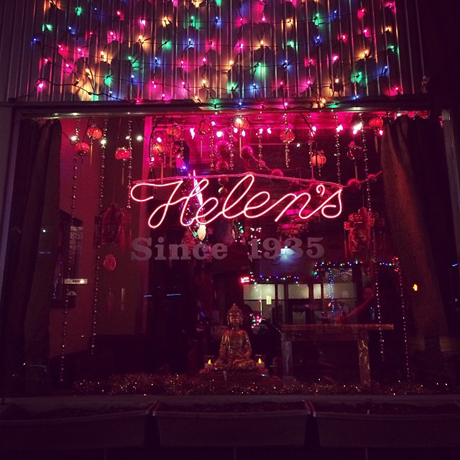 This Guy Wants Helen’s, Pearl, and Other Main Street Bars to Shut Up!

William Graeter, a fan resident with a history of complaining about how loud local businesses are, has sent a letter to local business leaders and members of City Council asking a number of businesses to keep it quiet.

William Graeter, a fan resident with a history of complaining about how loud local businesses are, has sent a letter to local business leaders and members of City Council asking a number of businesses to keep it quiet.

Graeter’s detailed email includes video examples of the raucous crowds gathered outside some of the better known businesses in the area.

When we talk about public health, remember we are addressing mental health as well. Instances of violence due to noise are growing more and more frequent, but have been difficult to track because noise as a cause is not generally documented…

…Victims of noise, particularly of low-frequency noise produced by bass units, experience a response called a “fight or flight response”, and act accordingly. This otherwise normal person was likely driven by the noise to pull out a gun and shoot. This is supported by the many articles and studies I’ve read. I’ve been subjected to likely similar noise levels as this man by Jared Golden [Richmond Restaurant Group, owner of Pearl], Jason Henry, and their staffs, but on hundreds of occasions instead of just once. I’ve felt what the Florida guy has felt, and dealt with it as best I could. That’s what emotional distress is.

Grater has taken his fight over noise levels to the courts before. In January of last year, he filed a lawsuit against Sticky Rice, and evidently he filed a similar suit in 2011 against Delux. It appears the case is still active.

The actual word of the law around RVA’s noise ordinance has been a point of contention for some time.

Best we can tell, the current city ordinance reads as follows:

Except as provided or permitted by or pursuant to sections 38-40 and 38-41 of this Code, no person shall operate a device in such a manner as to create, or otherwise cause any source of sound to create, excessive sound in the residence of another person which is located in a multifamily dwelling or mixed use structure when measured at a point at least four feet from the wall, ceiling or floor nearest the sound source, regardless of whether the residence is located in a residential zone.

Excessive sound is defined as:

The legalese there seems pretty easy to read, however the BOTH tag at the end is a little confusing. Graeter said he personally recorded the audio levels at the above bars and has the levels at 60-70 dBAs, which seems to be below levels (unless that both tag means something else, we’re not lawyers)

A call has been put out to the city attorney, so we’ll update this story when we have more details.

Either way, what do you all think about the noise levels on Main St? Is it too loud? Do you have noisy neighbors you wish would shut up? Let us know in the comments