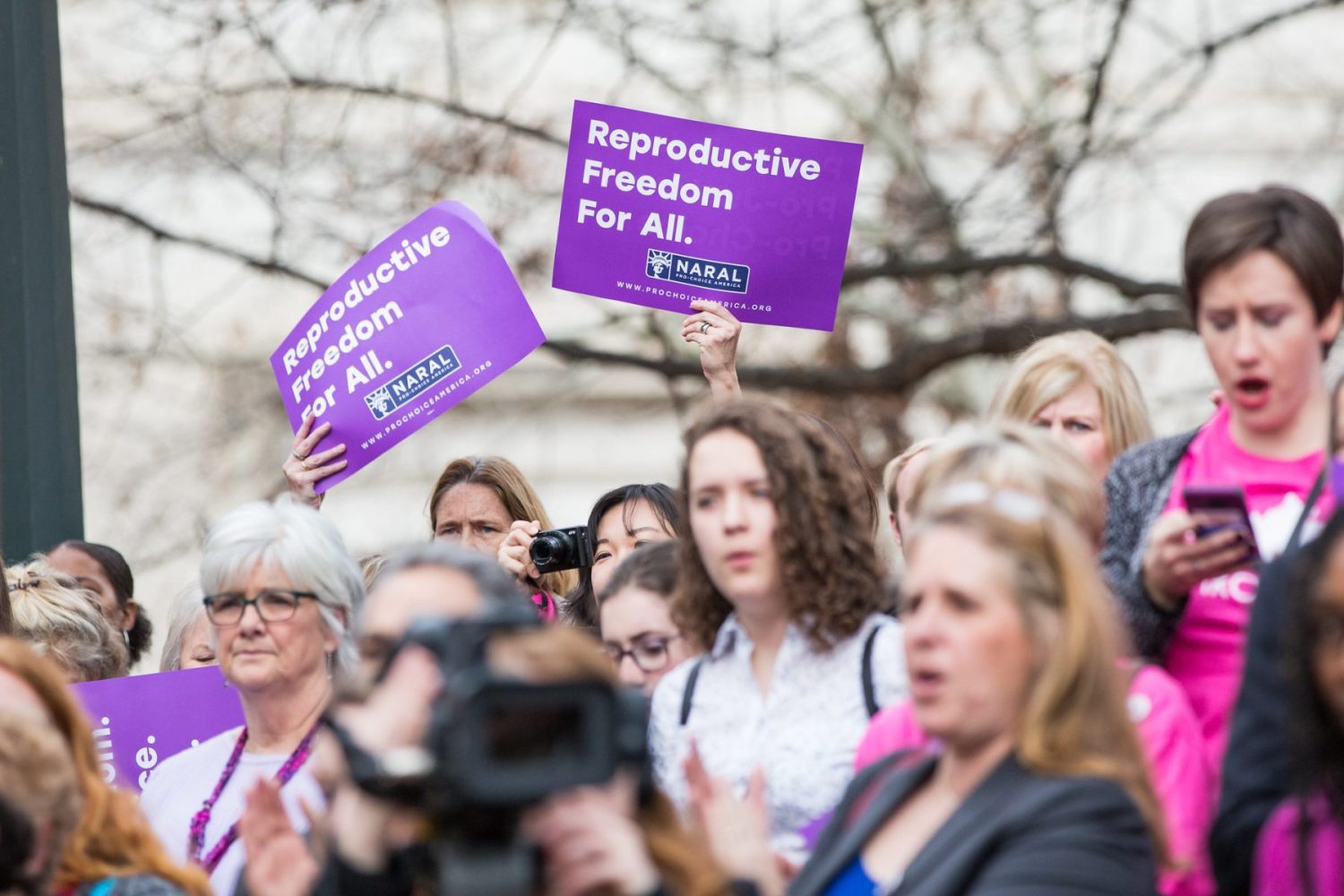 Abortion access is anticipated to push voters to the polls in the wake of a Supreme Court decision earlier this year.

Democrats have rallied voters around the issue for months, hoping to drive turnout in an election that will determine the balance of power in Congress. But, the issue has also galvanized Republican voters, according to Jatia Wrighten, a political science assistant professor at Virginia Commonwealth University.

A majority of voters say abortion is a very important issue, according to an August Pew Research survey. The issue increased 13 percentage points from March to August, with 56% most recently saying abortion is top of mind in their midterm vote.

“This is going to be an activating, mobilizing, policy issue, but it will mobilize people in very different ways,” Wrighten said.

Republicans are reacting to President Joe Biden’s promise to codify federal Roe v. Wade abortion protections, but he needs a blue majority in Congress to pull it off.

Meanwhile, state leaders across the nation are rolling back reproductive health protections. Advocates in Virginia, one of few Southern states where abortion remains legal, fear the state will no longer be a safe haven.

Gov. Glenn Youngkin has encouraged state lawmakers to send him a 15-week abortion ban in the upcoming legislative session.

Over 15,000 abortions were performed in Virginia in 2020, according to the most recent Virginia Department of Health statistics. Almost 7% of abortions, or 1,000, that year were provided to people from out of state, according to VDH data.

Abortions through the second trimester remain legal in Virginia, although there are restrictions. The procedure must be performed in a licensed hospital. After the second trimester, a physician and two consulting physicians must also determine if continuing the pregnancy could result in the death of the mother or harm the mother’s mental health, according to state law.

The governor last month called a 15-week abortion ban a compromise bill, during an interview on CNN’s State of the Union with Jake Tapper. Youngkin supports exceptions to a 15-week ban and would allow abortions in cases of rape, incest and when the mother’s life is at risk, he said.

Virginians “would like fewer abortions, as opposed to more,” Youngkin told Tapper, and said he wants lawmakers to deliver a bill next year.

“As governor, this is progress,” Youngkin said. “And this is a place that I would hope that they can deliver a bill on my desk in January that I can sign that would, in fact, recognize a 15-week limit, where a child can feel pain.”

Sen. Jennifer McClellan, D-Richmond, said she is not willing to compromise with the governor’s 15-week ban.

“There is no common ground. The common ground is the law,” McClellan said. “A majority of Virginians either want Virginia’s abortion laws to just stay as they are or be even more [permissive].”

Reproductive health is like any health care decision, McClellan said. A decision to terminate a pregnancy should be between the pregnant individual and their provider. The government should not intervene, she said.

The senator and the Virginia Coalition to Protect Women’s Health, are exploring the introduction of a constitutional amendment for reproductive freedom in the upcoming General Assembly session, McClellan said.

McClellan is “ready to fight” to protect abortion and reproductive rights in the state, she said. The House of Delegates is held by a Republican majority, while the Senate has a slim blue majority — made even more narrow with one Democrat whose position somewhat aligns with the governor’s.

“We will fight tooth and nail on any bills that rollback the progress we’ve made, whether it’s a 15-week ban or 20-week ban, or any other efforts to put more restrictions in place,” McClellan said. “Not only on access to abortion but contraception or any other aspect of reproductive health.” 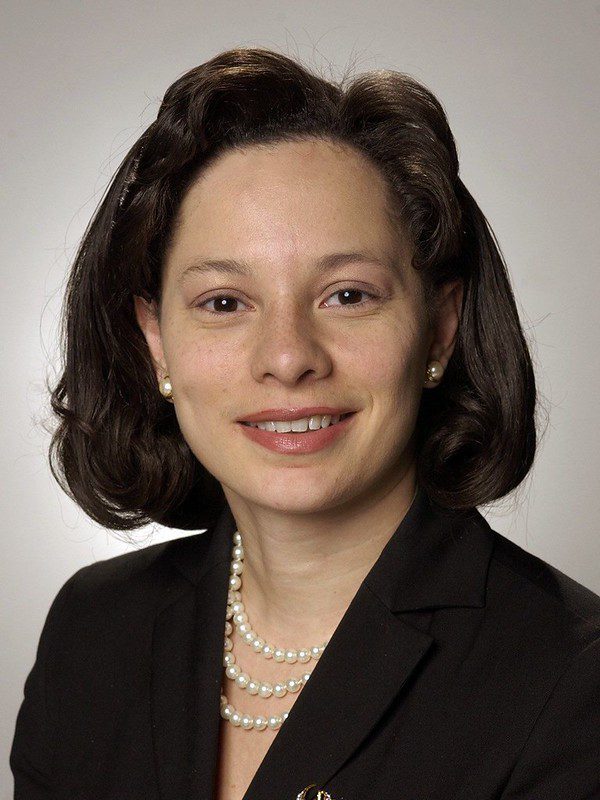 McClellan introduced two bills that changed the abortion landscape in Virginia. She introduced Senate Bill 1276, in 2021, which removed the ban on abortion coverage through health insurance plans and a health benefits exchange. The 2020 Reproductive Health Protection Act SB 733 made Virginia the first state in the South to expand access to abortion. The bill removed requirements such as the mandatory ultrasound requirement and the 24-hour waiting period and required abortion providers to be regulated as hospitals.

“As other states move to restrict access and put abortion bans in place,” McClellan said, “I’m gonna fight to keep that progress.”

Jamie Lockhart, executive director for Planned Parenthood Advocates of Virginia, or PPAV, worked with McClellan in 2020. The Reproductive Health Protection Act was one of the organization’s biggest achievements in recent years, she said. PPAV is a statewide organization that educates and also advocates for reproductive health care protection laws, Lockhart said.

The nation is experiencing a “crisis moment” where many citizens have lost abortion and reproductive rights, which means they have lost access to essential health care needs, Lockhart said.

“I just want to be clear that any ban is a ban, plain and simple,” Lockhart said. “Banning abortion after 15 weeks denies a person the fundamental right to control their own body and health care decisions.” 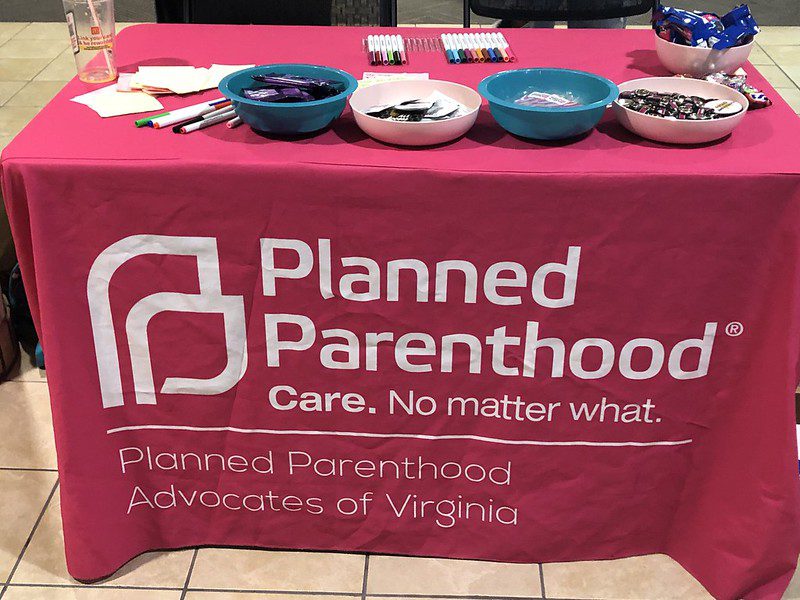 Olivia Gans Turner is the president of Virginia Society for Human Life, or VSHL, an anti-abortion group founded in 1967. The organization offers public education and lobbies lawmakers to support anti-abortion laws, according to Gans Turner.

Gans Turner is upset that state lawmakers removed the need for consent before abortion procedures, she said.

Her empathy of the issue faced by women is drawn from her own previous abortion, Gans Turner said.

A fetus can feel pain at 15 weeks, Gans Turner said. A proposed 15-week ban is “rational, smart and a reasonable law” to pass, she said.

“It’s definitely time for us to start having conversations like this in Virginia,” Gans Turner said.

VSHL and the National Right to Life Committee encouraged other anti-abortion groups to avoid legislation that does not allow medical exceptions for pregnancies that threaten the mother, Gans Turner said. The organization supports and understands the need for decisions to be made when abortions could be necessary to save the individual’s life, she said.

“Thankfully, we live in a society where that kind of truly dire life threatening or physical threat is much, much more minimized, now,” Gans Turner said.

A 2021 research study funded by the Eunice Kennedy Shriver National Institute of Child Health and Human Development found there would be an increase in pregnancy-related deaths due to the “greater mortality risk of continuing a pregnancy rather than having a legal induced abortion” in some cases.

Breanna Diaz is the policy and legislative counsel for the American Civil Liberties Union of Virginia. Roe was the “floor not the ceiling” for abortion and reproductive health access and protection, she said.

“I think we can expect many more [proposed bills] to come,” Diaz said. “We will be doing everything we can to oppose them and to ensure anti-abortion bans fail this General Assembly session.”

Individuals would suffer if access became restricted, she said, and it’s important to have “honest and difficult” conversations about abortion.

“It is, I think, far more powerful for members in our government to hear from their constituents about why abortion access is critical for them, their safety, their health and well-being,” Diaz said. “That is more powerful than any policy talking point.”