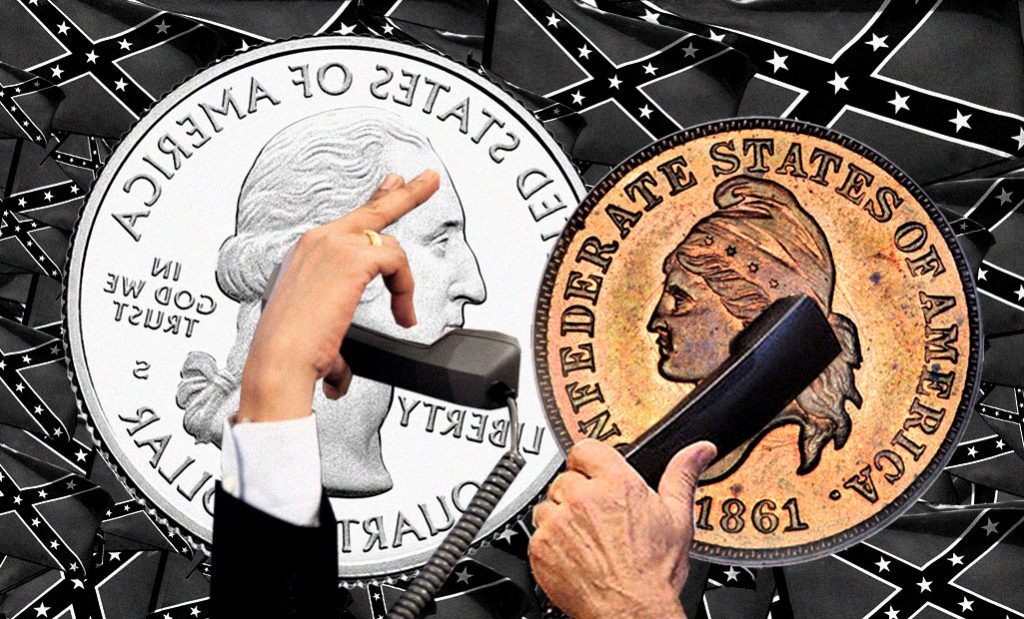 Richmond is on edge due to the imminent arrival of an out-of-state pro-Confederate group rallying in support of the Lee statue on Monument Avenue this Saturday. Local clergy and church groups, along with the Richmond Peace Education Center, describe the effort as white supremacist and are organizing a march for racial equality in support. Grassroots groups like the newly-formed Community of Richmond Virginia (CORVA) are mobilizing to protect their neighbors from the assembly, and some residents are making security plans or even leaving town.

A reprise of the carnage from Unite the Right in Charlottesville concerns rally organizers and Richmonders alike. Locals are confused about who is coming, how many of them, and what connection, if any, the groups have with the white supremacists, nationalists, and alt-right groups that marched on Charlottesville.

RVA Mag spoke to Thomas Crompton, a US Army veteran, and the founder of CSA II: The New Confederate States of America, to learn more about their rally and what their group stands for.

Cromptonsaid they were founded in September of 2015, and have registered CSA II as a trademark for their association. He runs the organization with his wife, Judy, and the two sell merchandise, raise money for disaster relief efforts, and support a wide-range of activism around Confederate symbols and groups. When we called, they were in Florida providing disaster relief to people affected by the flood with Tara Brandau, an associate from the Florida 3 Percenter security group. 3 Percenters describe their movement as a patriotic defense of the Constitution, but they’ve been criticized as anti-government extremists by the Anti-Defamation League and the Southern Poverty Law Center.

Brandau also serves as the media liaison and a co-planner for the Richmond rally, and Crompton directed questions about the rally to her. She stressed the motto found on the CSA website, “Heritage – Not Hate”, and expressed antipathy for the KKK, secessionists, and the neo-nazi groups that marched in Charlottesville. She said Unite the Right and its affiliates are explicitly disinvited, a sentiment echoed on their social media, and that she anticipates 50 or so people, but has no definite count.

Planning for the rally began after Unite the Right in Charlottesville, stoked by fear that the Lee Monument faced imminent removal in Richmond. They posted the event on Facebook after Mayor Stoney’s Monument Avenue Commission expanded its scope to consider removal of the monuments, and Brandau identified Governor McAuliffe’s recent statement as a compelling factor in the timing. Removal of the monument is currently illegal, but procedural votes to allow for future removal have been proposed in the General Assembly.

Brandau said they had a broad base of support in Virginia, but all coordination has occurred with the police, not with local affiliates in Richmond, although RVA Mag couldn’t verify a local presence for the organization. While they have state chapters on Facebook, most of these are empty outside of the Cromptons and a third administrator, and the Virginia one only has 24 people listed as members.

When told that locals were concerned about the open carry, she insisted that they were a peaceful group, although she is an outspoken activist for the Second Amendment. “We’re doing it for their safety, too. We don’t normally open carry, but we worry after Charlottesville,” said Brandau.

Brandau added they didn’t want to be a burden on the police, either. “We will not jump anybody, yell at anybody, no name calling. We just don’t want somebody hurting us when we have no protection,” she said. “The police don’t have to be concerned about us. We back their Blue Lives rallies, and I even work with them on cases.”

Brandau claimed to have worked with the Department of Homeland Security in Jacksonville, Florida, to unmask anonymous white supremacists, and also claimed to have helped expose Alex Michael Ramos, a man accused of participating in the brutal beating of DeAndre Harris. Ramos turned himself in after being identified in a video of the attack, posted on social media by racial justice activists. RVA Mag once again was not able to verify any of these claims, but she did distance their efforts from other groups flying the Confederate Flag, going so far as to say they’ve misused the symbol to falsely support hidden agendas of secession, racism, and discord.

Many in Richmond and throughout Virginia have a different take though.

Adria Scharf, Director of the Peace Center, described their views as part of the Lost Cause myth and dismissed the idea that they were acting on behalf of local residents. “I believe Richmond stands with us. We’ve moved past the Lost Cause narrative,” she said. “If there are local residents concerned about the statue, I don’t think they need a group from Tennessee to come and speak on their behalf.”

Scharf’s organization has partnered with the First UU Church of Richmond and Virginia Interfaith Center for Public Policy to host a counter-event on Saturday.  Their event, the Richmond Stands United for Racial Justice Rally, will start at the Maggie Walker statue and march down Broad Street. “With a pro-confederate group from out-of-town planning to come and march on our street, we needed to provide an opportunity for people to stand together in a spirit of love, unity, and nonviolence,” she said, describing the impetus behind the rally.

He stressed that local counter-protesters are not calling for open-carry, and expressed disappointment that the CSA would be allowed to demonstrate at all. “If they cancel the CSA protest, there would be no counter-protest,” he said when asked about the goal of his protest. “I’m concerned about my community, my friends, and neighbors. I saw horrific violence in Charlottesville, and I’m worried that we can’t count on the authorities to protect us.”

The group has prepared evacuation plans and will be watching for threats to local synagogues, a particular concern after the Nazi influence on Unite the Right. Montgomery was dismissive of efforts to separate the CSA and 3 Percenters from white supremacist groups, describing it as a smokescreen, and pointing to CSA social media support of the Bundy militia occupation.

Both the participants of Unite the Right and the CSA have rallied to support Confederate monuments, but the CSA has explicitly disinvited groups with overt white supremacy missions like the KKK. Even local neo-confederates, the Virginia Flaggers, are no longer welcome; Brandau described them as a group with good intentions who have become infiltrated by secessionists and white supremacists.

Unaffiliated residents were worried about the rally, too, but most of them expressed doubts that it would explode like the Unite the Right rally in Charlottesville. Betsy Barkley, who runs a non-profit and lives in the vicinity of Monument Avenue, said she trusted the Richmond Police Department to protect citizens. “I think they learned from Charlottesville,” she said. “They’ll shut down this rally if they break the law.”

Another resident, Danielle Canonico, was disappointed that the event was happening at all. She said it had upset a lot of her neighbors, and while she understood the importance of exercising rights, she felt that the firearms in a family neighborhood were an act of intimidation. “Marching with weapons just escalates the situation,” she said. She’s not worried enough to leave town, but she has plans for that evening to counter the negativity of the rally. She’ll be raising money for Sportable, a non-profit that helps people with visual and physical disabilities to play sports.

The Richmond Police have spoken to neighborhood associations and are holding a community discussion at the First Baptist Church this Thursday at 6 pm to address concerns. We’ll continue reporting on this story as it unfolds.