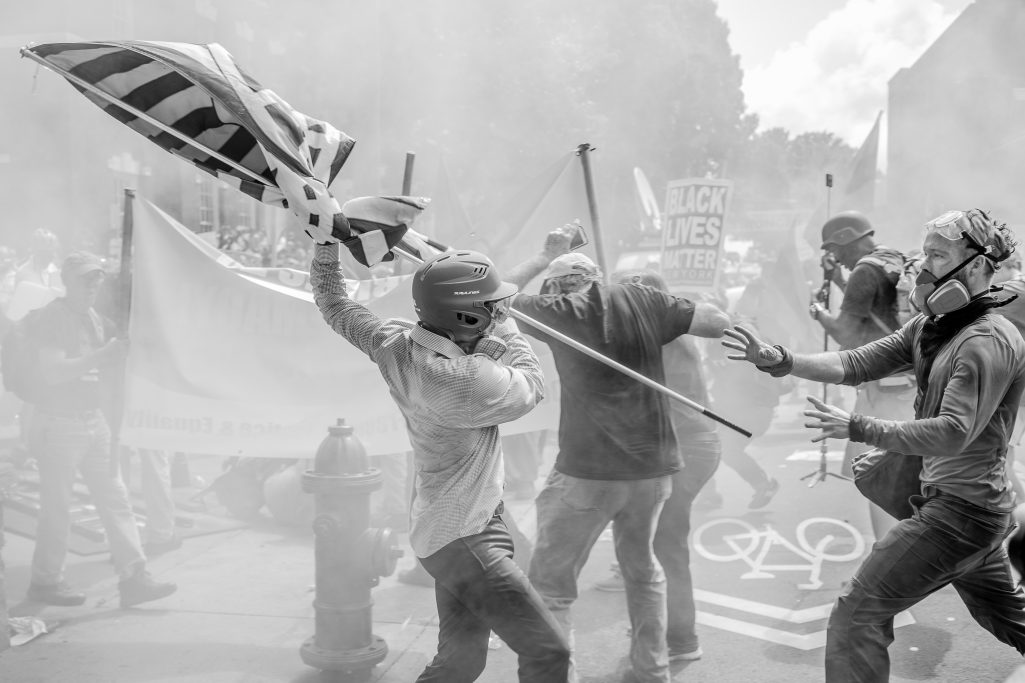 “This is a real threat. We’re continuing to see a rise in white supremacists, neo-nazi violence, we’re also seeing a rise in hate crimes,” said Attorney General Mark Herring when asked about Virginia’s new domestic terrorism bill, filed by Delegate Marcia Price (D-Newport News). “A lot of communities are deeply concerned and what happened in Charlottesville needs to be a wake-up call that these threats are real.”

House Bill 1601, filed on Jan. 19, would give Virginia law enforcement broad authority to label “organizations, groups, or associations” a domestic terrorist organization. The bill originated from events surrounding Unite the Right last August, which ended in a terrorist attack by James Fields Jr – a white supremacist. Yet the threat from violent hate groups is something that has pre-occupied Herring during his time in office.

“This has been something I have been working on for a couple of years now,” he said. He cited a roster of hate crimes from bomb threats against Jewish schools to a re-emergence of the KKK in Leesburg as the reason why such legislation is needed. 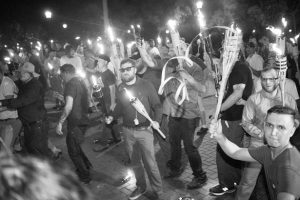 The definitions of what terrorism is, especially domestic terrorism, has never been easy to define and has evolved over the years based on certain policy positions unique to certain circumstances. The FBI currently defines domestic terrorism as, “Perpetrated by individuals and/or groups inspired by or associated with primarily U.S.-based movements that espouse extremist ideologies of a political, religious, social, racial, or environmental nature.” This broad definition of domestic terrorism has been problematic over the years for a variety of legal reasons, the least of which is who gets to determine what extremism really means.

HB 1601, however, provides a different definition for how domestic terrorism will be applied in the Commonwealth.

The bill states that a domestic terrorist organization, “means any organization, association, or group of three or more persons, whether formal or informal, which has an identifiable name or identifying sign or symbol.” The bill goes on to list two sets of criteria for these groups including “one of its primary objectives or activities an act of domestic terrorism” and “collectively have engaged in the commission of, attempt to commit, conspiracy to commit, or solicitation of two or more acts of domestic terrorism.”

When asked about the difference between the two definitions, Herring remarked that this was to give law enforcement a particular set of tools that they need to fight violent white supremacist violence. “This framework was one that was drawn from our laws to combat gang and gang violence. It is more familiar to Virginia law enforcement and legislators,” he said.

Nonetheless, the issue remains complicated and the ACLU in Virginia released a statement yesterday condemning the bill. In their official statement, Executive Director, Claire Guthrie Gastanaga said the bill, “raises significant constitutional concerns” and that this kind of legislation has been used to unjustly target minority communities at a federal level. She zeroed in on the ambiguity of the definition, a concern raised by civil rights watchdogs nationally who have monitored terrorism cases over the years. Gastanaga goes on to say that this kind of legislation is “subject to abuse by government authorities”, which includes the criminalization of activist groups seeking to engage in direct action protests. 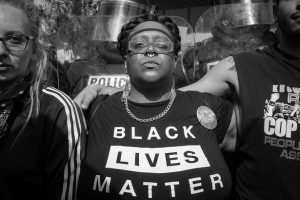 Indeed the history of labeling political movements “domestic terrorism” has its roots in the FBI’s counter-intelligence program (COINTELPRO), which was used to undermine and discredit organizations through the US between 1956-1971. Marc Mori, a retired supervisory agent for counter-terrorism at the FBI spoke to RVA Mag about the challenges associated with determining what is domestic terrorism. “Domestic terrorism investigations are always difficult,” said Mori. “Civil and prosecutorial rights traverse across these cases in ways that are very problematic.”

The law, as conceived by Herring and Price, would give the Superintendent of the State Police the authority to determine which groups can be labeled domestic terror organizations. Regulations will be updated annually, but it’s not as easy as just having guidelines in writing.

“There has to be a lot of capacity training and controls,” said Mori. “They have to work closely with the Department of Justice to make sure that certain organizations can be investigated outside of the federal government.” He went on to say that the issue is also about public relations, making sure that citizens feel comfortable with the expanded role of the state to make these kinds of classifications. “They need to avoid the perception that civil rights are being violated.”

Ultimately, this is the challenge; how to apply the law fairly and to put the right mechanisms in place so the legislation does not get politicized and target politically active groups like Black Lives Matter, anti-fascists / anti-racists, or environmental groups – organizations that law enforcement are drastically misinformed about. This is a concern shared by the ACLU in Virginia. In Gastanaga’s statement she was very clear about the dangers of letting law enforcement focus on “ideologies” and “political movements”, as opposed to specific criminal conduct. “Giving law enforcement the power to decide whose views are ‘dangerous’ or ‘suspect’ is a very dangerous thing to do.” 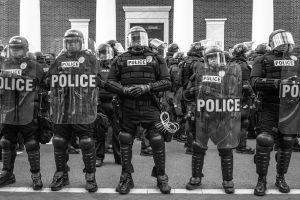 When asked about how this law would have been applied to groups counter-protesting in Charlottesville, Herring responded by saying, “We think the way the bill is drafted is done within a framework that the superintendent will be able to designate the kinds of groups that pose a threat from white supremacist and extremists.”

Herring has a track record of progressive legislation as the Attorney General and there is little doubt that his concerns over violent white supremacy are real. According to the FBI, there are currently 1,000 open cases on violent white supremacy, something Herring was keen on pointing out, going so far as to say, “white supremacist violence will not be tolerated in Virginia and that law enforcement have the means and tools to identify and pre-emptive these groups and acts of violence that threaten our communities.”

Nonetheless, the fear remains that once Northam’s administration leaves office, broad powers have been given to the state police to make decisions on who can be labeled a domestic terrorist or terrorist organization. And in these charged times where all politics is a zero-sum game, the threat of being named a domestic terrorist based on one’s political activities remains a very frightening prospect.

Remember Republican Ed Gillespie’s, “rape, kill, control” immigration ad during the gubernatorial election? Now imagine he won and this legislation was applied to organizations’ opposing it on a grassroots level. This is the slippery slope.

Photos by Jason Lappa, taken at Unite the Right in Charlottesville on Aug. 11-12.