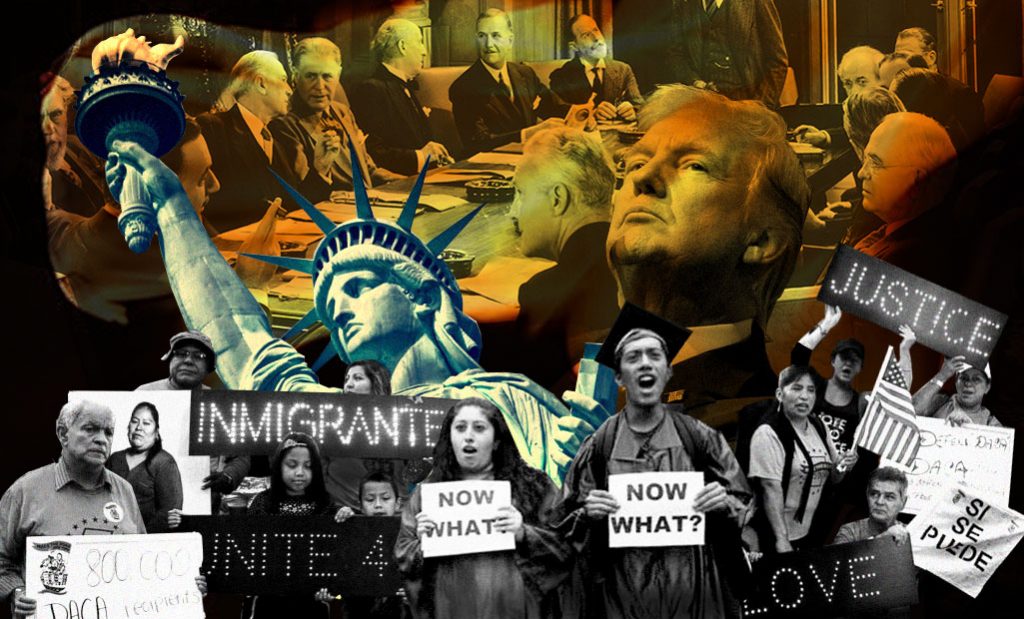 The Justice Department announced recently that it is going to end the Consideration of Deferred Action for Childhood Arrivals (DACA), a program that allowed undocumented immigrants who came to the U.S. as children to remain in the country if they fulfilled certain requirements.

If and when the program is ended 800,000 people nationwide would be affected and 12,000 of those are in Virginia.

Many state politicians, local non-profits, and even a few young people currently residing in Richmond have responded to Trump’s decision, which is set to go into effect in six months.

“President Trump’s decision to rescind DACA is a heartless attack on 800,000 young people who were brought here by their parents at a young age,” said Governor Terry McAuliffe in a statement. “It will plunge families, communities, businesses, and schools into terrible uncertainty for no reason other than to keep a political promise to extremists on the far right-wing of his party.”

“DACA students are an integral part of our community, and VCU will continue to assist DACA students as they complete their educations and move on to contribute to our society,” Rao said in a statement. “We will continue to advocate for DACA students within the legal bounds that govern us as a public university. We are committed to safeguard their privacy and confidentiality to the fullest extent allowed by law.”

On Sept. 7, a group of DACA students held a rally in front of VCU’s James Branch Cabell Library to voice their opposition and stand in solidarity with everyone impacted by the decision.

And at the end of last month, the DREAMERS of Virginia, an organization that advocates for immigration rights, completed a 70-mile walk from Charlottesville to Richmond in support of immigration.

Andreas Magnusson is a music producer who works with musicians from all over the world, including bands such as Black Dahlia Murder and Haste The Day. Magnusson originally came to the United States when his mother got a loan from Sweden to study computer science.

Becoming attached to the US by the time she earned her associate’s degree, Magnusson and his mother moved to Richmond as she went on to earn her master’s degree under a student visa. Magnusson was entering the third grade when they moved to Richmond.

After finishing school, Magnusson’s mother obtained a H1-B visa, which allows immigrants that have specialized knowledge to work for their employer in the U.S. By the time they submitted their green card application, it got denied due to a piece of paper work being expired by a few months. By the time the paperwork was approved, Magnusson was over the age of 21, and couldn’t obtain a green card through his mother.

“The second that happened, I was here illegally,” Magnusson said.

Magnusson applied for DACA as soon as it was introduced, and was able to obtain a driver’s license, which he wasn’t allowed to have before DACA was implemented. 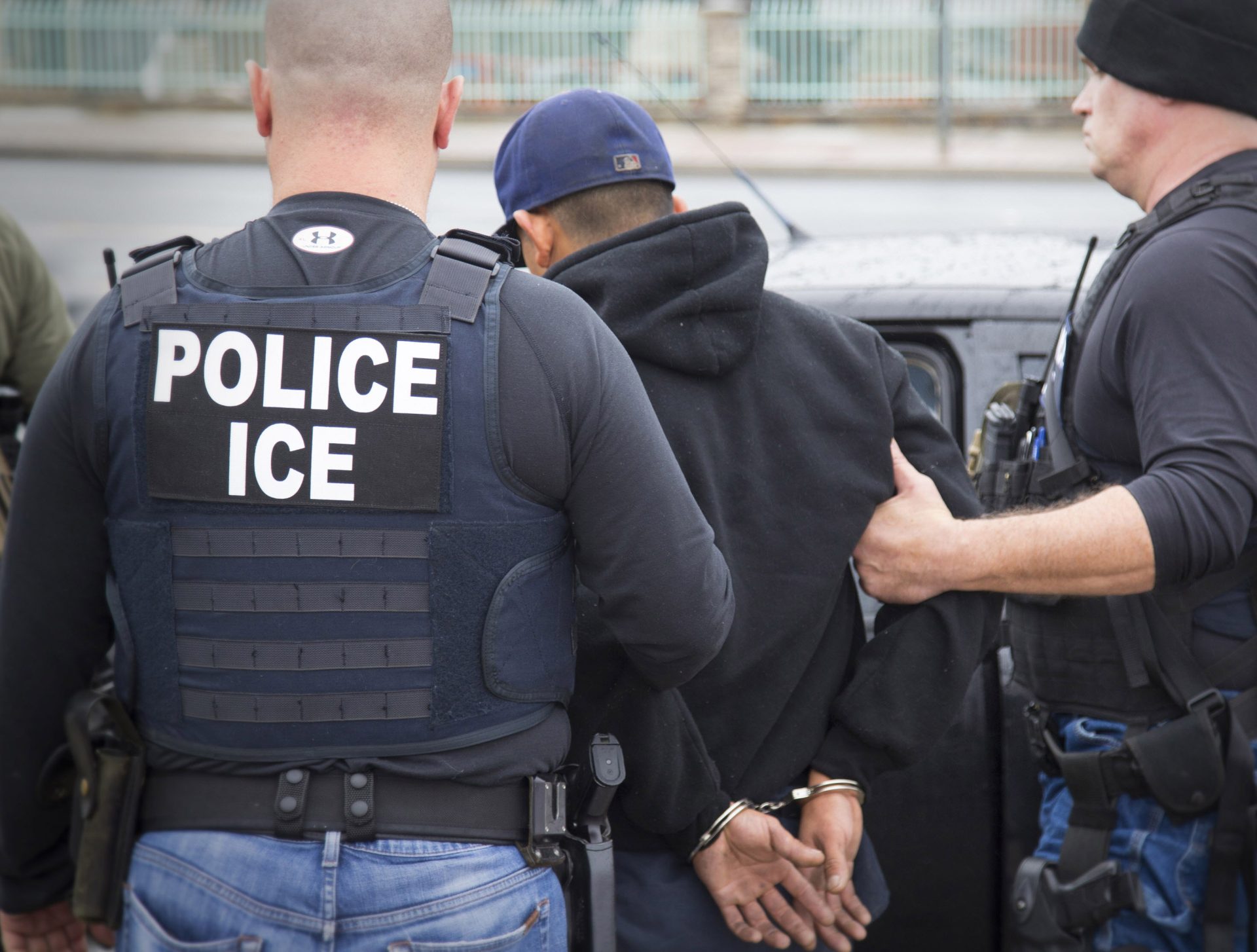 “Luckily, after two years of not having a car and being miserable, Obama instates DACA and I’m able to get a license and function a little bit more like a normal person,” Magnusson said. “All this time, I’m paying taxes. The IRS doesn’t care where you’re from, but the United States would not recognize me as a legitimate person because I’m technically here illegally. If I get pulled over in a car, I can get deported.”

“If I write his paralegal an email, just for her to respond, I get a bill for $45 dollars,” Magnusson said. “Every two years I pay $480 to renew my DACA. Because I don’t want to mess it up, I have an immigration lawyer, and I pay them about $1,200 each time. It basically costs right under $2,000 dollars every two years just to be here.”

Because DACA participants are not allowed to travel outside of the U.S., Magnusson has not been able to travel back to Sweden in over a decade.

“The last time I went, I was 22 or 23,” Magnusson said. “I’m 35 now. I’ve had family members die, I’ve had grandparents get too old to where they can no longer come visit because they can’t make that flight.”

Despite his situation, Magnusson claims that some people are more sympathetic to him than they would be if they had spoken to a person of color who lives under DACA.

“Anyone that I’ve explained my situation to, they all feel for me,” Magnusson said. “The whole thing feels so racist because, for me, I’ve never had anyone really tell me anything that’s like ‘you have no right to be here.’ But at the same time, those people would say that to somebody that looks and sounds different from I do.”

Several groups in Virginia are working to fight racial discrimination associated with deportations. One of these groups is ICE Out of RVA, a community organization that advocates for the end of Immigration and Customs Enforcement (ICE) raids and deportations in the Richmond area. The group recently called for the release of documents detailing ICE enforcement activities under the Freedom of Information Act.(FOIA)

“We try to build community as the primary means of building defense,” said a member of ICE Out of RVA, who asked to remain anonymous. “We try to build the base in the community because historically, we haven’t had any support from external factors or the government.”

Racial profiling plays a major factor in deciding who gets targeted for deportation, the member said.

“Racial profiling is that much more of a useful tool to the collaboration of the police and ICE,” the member said. “There are checkpoints and entire communities that are surveillanced by police. You are just going to be that much more targeted for either your race, your immigration status, or both.”

Despite allowing some immigrants to stay in the country, the member believes that DACA has helped perpetuate the idea of someone being a “good” or “bad” immigrant.

“DACA has always been a double-edged sword, in that indoctrinating immigrant youth was a way of leveraging that ‘good’ and ‘bad’ narrative,” the member said. “People definitely believe that there are people who don’t deserve to be here, even amongst the immigrant population, and DACA was another tool of that.”

The member also said that no matter what legislation is being passed, the parents of the documented immigrants will always be negatively impacted.

“They’re ultimately the ones at risk no matter what policies or legislation is passed,” the member said.

On Sept. 12, ICE Out of RVA held a demonstration outside of ICE’s Richmond office in response to the DACA decision, as well as in response to “Operation Mega”, a nationwide operation that planned to target 8,400 undocumented immigrants. The operation would have taken place over the course of five days starting on September 17, but was canceled due to Hurricanes Irma and Harvey, according to NBC News.

On the state level, Attorney General Mark Herring announced last week that he has joined 15 other state attorneys general in filing a lawsuit against the decision. The lawsuit argues that the termination of DACA violates equal protection and due process laws.

“Simply put, there is no upside to ending DACA, only downside,” Herring said in a press release. “It will hurt Virginia’s economy and make our communities less safe. It will needlessly tear families apart, burden social services, and turn our back on promising, talented young people who want our country to success. I’m hopeful that Congress will do the right thing and fix this problem right away, but if they do not, we’ll be ready to defend Virginia DREAMers in court.”

Any DACA application submitted after Sept. 5 will no longer be accepted, according to U.S. Citizenship and Immigration Services.