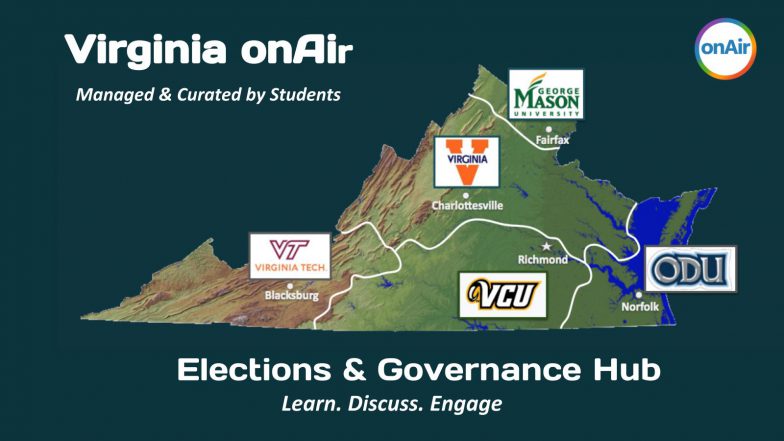 Virginia onAir is working to ensure that young voters in the Commonwealth are able to stay informed about this year’s important election cycle.

The new decade is starting off with an election year, and many college students will become first-time voters in November. Amid a climate of divisiveness, tribalism, fact-free dialogue, and ad hominem attacks, in which a variety of sources regularly release conflicting information, Virginia onAir is attempting to create a more informed citizenry, particularly in local and state politics, with a one-stop forum for factual information about the candidates running for office in 2020.

Under the Virginia Elections and Governance Hub, voters can find vital information such as who their representatives are, what issues are at stake in the coming election, and what’s currently being done about them. They can watch interviews with Virginia politicians, as well as General Assembly live streams.

“I was immediately drawn to the organization because it was working to create something that I knew American voters needed,” said Virginia onAir’s Executive Director, Katlyn Weiser. “People don’t always know who they are voting for. We bring politics and a wealth of knowledge right to the voter’s fingertips.”

College students are the primary focus of engagement for Virginia onAir, and chapters are headed by undergraduate students from various academic disciplines. The organization can help students through internships, research projects, experiential courses, and more.

Political science students, for example, can interview politicians to help peers understand the democratic process. Media students are able to assist in filming and editing interviews, while graphic design students can assist developing the software for the website.

The organization is currently overseen by three directors, with various interns working through the Global Politics Fellowship at George Mason University. In the past year, the organization has hosted live-stream election night coverage through Mason Cable News, and has made information on voters’ candidates easily available.

“I think that people under 40 have the power to influence an entire election, which will be especially important in the 2020 election,” said Jessica Cruz, Virginia onAir student curator at VCU. “Focusing on people in my age group is important, because it’s easy [for us] to forget that voting is a priority,”

Virginia voters have important decisions to make in 2020. Democratic U.S. senator Mark Warner is running for re-election and all U.S. house members are also running. The Republican primary election to choose Warner’s opponent will be held on June 9.

“As young people, we make up one of the largest voting demographics in Virginia,” said Weiser. “Perhaps if more young people got involved with politics then our legislators might actually create policies to reflect our interests.” 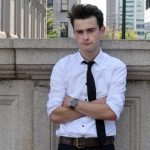