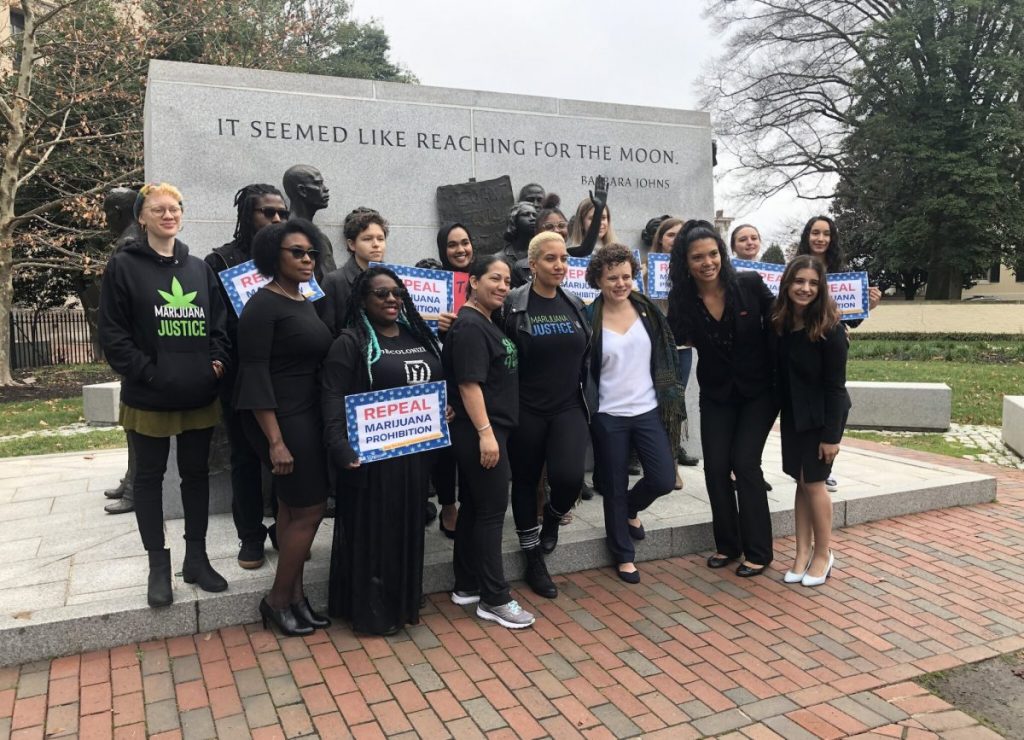 Marijuana was originally scheduled to become fully legal in Virginia in 2024, but now Governor Northam has listened to advocates and is now working to move up the timeline, potentially making it legal this summer.

Virginia Gov. Ralph Northam amended legislation to accelerate the legalization of marijuana possession and home cultivation in the state to July as opposed to 2024.

“Virginia will become the 16th state to legalize marijuana — and these changes will ensure we do it with a focus on public safety, public health, and social justice,” Northam stated in a release.

The governor proposed changes to House Bill 2312 and Senate Bill 1406, which passed earlier this year during the Virginia General Assembly’s special session. The bills legalized marijuana possession and sales by Jan. 1, 2024, but marijuana legalization advocates and Democratic lawmakers lobbied to push up the date for possession.

“This is an historic milestone for racial justice and civil rights, following years of campaigning from advocates and community groups and a strong push by the Virginia Legislative Black Caucus,” the group Marijuana Justice stated in a press release.

Marijuana Justice seeks to legalize the use and possession of marijuana. The group advocates for communities most impacted by the criminalization of drugs with their “legalize it right” campaign.

The bills allow adults 21 years of age or older to legally possess up to one ounce of marijuana if they don’t intend to distribute the substance. Virginia decriminalized marijuana last year and reduced possession penalties to a $25 civil penalty and no jail time for amounts up to an ounce. In the past, possessing up to half an ounce could lead to a $500 fine and 30 days in jail.

Individuals can cultivate up to four cannabis plants without legal repercussion, with punishments ranging from misdemeanors to jail time if over the limit. The governor’s amendments would allow households to grow up to four plants beginning July 1. The plants would need to be labeled with identification information, out of sight from public view, and out of range of people under the age of 21.

Legislators will review the governor’s proposals during the General Assembly’s reconvened session on April 7, according to Del. Kaye Kory, D-Falls Church, one of more than two dozen legislators who sponsored the House bill.

“Waiting until 2024 to legalize simple possession and therefore stop the desperate policing is allowing this continued bias enforcement against Black Virginians to continue for three years,” Wise said.

“The figures show that it is much more common for a Black or Brown person to be charged with possession,” Kory said.

A state study released last year found that from 2010 to 2019 the average arrest rate of Black Virginians for marijuana possession was more than three times higher than that of white residents for the same crime — 6.3 per 1,000 Black individuals and 1.8 per 1,000 white people. This is despite the fact that Black Virginians use marijuana at similar rates as white residents. The conviction rate was also higher for Black individuals. Northam stated that people of color were still disproportionately cited for possession even after marijuana was decriminalized.

The original legislation established the Virginia Cannabis Control Authority as the regulatory structure for the manufacture and retail sale of marijuana and marijuana products.

The governor’s amendments would allow the authority to revoke a company’s business license if it interfered with union organizing efforts; failed to pay a prevailing wage as defined by the U.S. Department of Labor; or classified more than 10% of employees as independent contractors.

Lawmakers grappled with the dangers of juvenile use of marijuana, Kory said, and the impact of use on developing brains.

Marijuana Justice wants to remove the delinquency charge that designates marijuana possession a crime, not a civil penalty, if committed by someone underage. The penalty is still up to $25.

“Instead of punishment, young people should be evaluated for appropriate services that address the root causes of their usage,” Marijuana Justice stated.

The amendments would fund a public awareness campaign on the health and safety risks of marijuana. The changes also would train law enforcement officers to recognize and prevent drugged driving. Northam stated that his amendments include “explicit language directing ongoing support for public health education.”

The bill established a Cannabis Equity Reinvestment Board tasked with providing youth mentoring programs to marginalized youth and those in foster care, as well as providing scholarships to children who have been negatively impacted by marijuana in their family or community.

The current expungement of marijuana-related crimes is set for July 1, 2025. Northam’s new amendments call for marijuana-related criminal records to be expunged and sealed “as soon as state agencies are able” and to “simplify the criteria” for when records can be sealed. This will allow individuals convicted with marijuana offenses to be resentenced, according to the new amendment.

The bills originally passed along party lines. No Republicans voted for either bill, and several Democrats in the House did not vote on either measure. Sens. Richard Stuart, R-Montross, and Jill Vogel, R-Warrenton, stated that the governor’s amendments helped assuage their original concerns.

The conservative, faith-based organization The Family Foundation told supporters Thursday to contact their representatives and urge them to vote against the accelerated timeline.

The organization stated that violent and nonviolent crime rates have increased in states that have legalized marijuana, citing an opinion piece from a police defense group.

“It’s always been about generating more tax revenue to finance the ever-expanding state bureaucracy, creating massive fortunes for those who would use marijuana (like gambling) to prey on our most vulnerable citizens, and catering to a generation increasingly void of moral standards,” stated Victoria Cobb, the foundation’s president.

Written by Sam Fowler, Capital News Service. Top Photo: Members of the group Marijuana Justice at a press conference in January 2020 to support the legalization of marijuana in the commonwealth. Photo by Emma Gauthier/CNS.