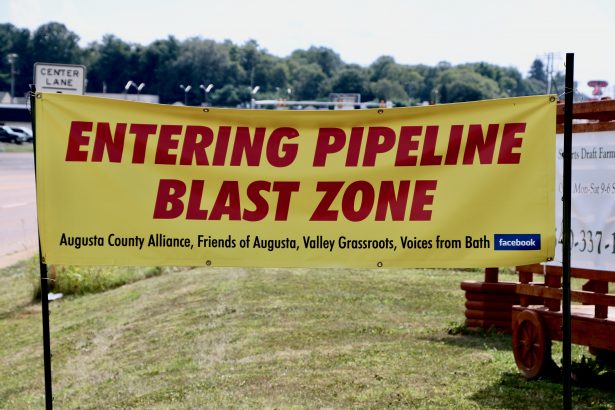 After a two-day hearing in Richmond’s north side with the Virginia Department of Environment Quality (DEQ), the State Water Control Board approved the Mountain Valley Pipeline, LLC (MVP) permit request.

With five board members in favor and two opposed, the motion grants MVP the right to proceed with plans to build 303 miles of natural gas pipeline through West Virginia and Virginia, which many landowners fear will contaminate their groundwater, harm the local environment, and force them from their homes. 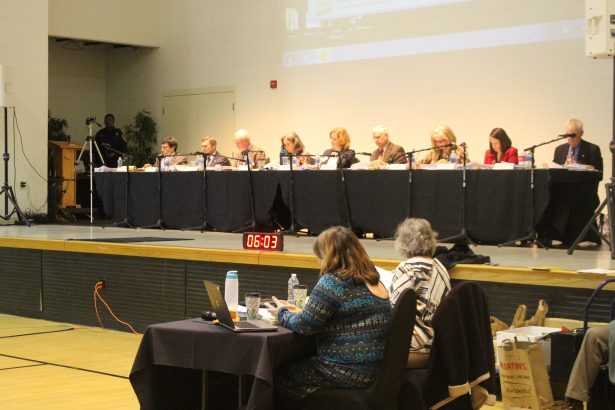 “I feel cheated completely,” said Carolyn Reilly, a landowner and pipeline fighter for Bold Alliance. “I feel robbed of our right to our water and our land and our home. The injustice continues from state powers and corporations gaining off of our backs and off of our valuable resources that we need to live and to survive. It’s been rocky, but we’re already organizing a meeting with landowners tomorrow. We’re stronger together and we’re going to keep that solidarity. We are not done in this fight.”

The first of two hearings concerning pipeline projects in Virginia, the Virginia State Water Control Board and DEQ used this hearing to determine if MVP will uphold environment protection and water quality standards in Virginia before, during, and after the construction of the pipeline. A second hearing of the same nature will be held next week to ensure the Atlantic Coast Pipeline (ACP), a 600 mile pipeline slated to run through western Virginia, will uphold the same standards.

Over the past two days, dozens of landowners, as well as several environmental experts, gathered in Trinity Life Center to offer personal testimony for the Board. Representatives from MVP were required to present detailed construction plans, many of which are not yet properly approved, according to MVP Water Permitting Division Director Melanie Davenport.

“We know Virginia citizens are very troubled by the FERC [Federal Energy Regulatory Commission] process, and how going through the process a FERC developer grants eminent domain,” Davenport said. “One of the things we’re hoping for is landowners can say, ‘Hey, this formation wasn’t on the [construction] plan for my land.’”

Under section 401 of the Clean Water Act, states are given authority to determine if any project or activity needing a federal permit is compliant with the state’s water quality standards. The Board used five regulatory and review categories to examine the effects of a pipeline in Virginia: an environmental impact review, stormwater, erosion and sediment control, federal wetlands and stream regulation, Virginia water quality certification, and water quality monitoring. 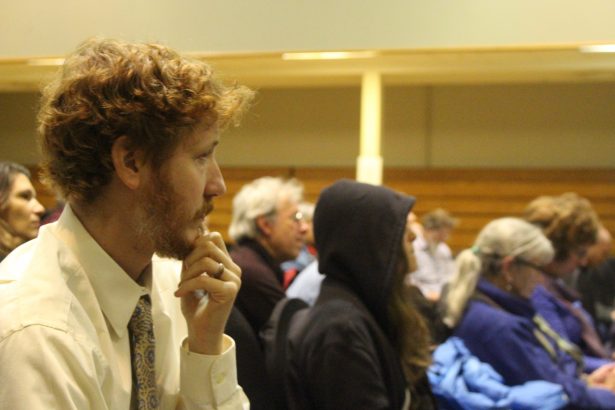 “It’s very clear to us the board lacks sufficient information to make a reasoned determination on whether this project would cause violations of water quality statements,” said Ben Luckett, Appalachian Mountain Advocates senior attorney. “There’s no rush here. There’s nothing but the applicant’s self-imposed schedules that prevent them from waiting. Today you’ve heard about all of these plans that are going to be developed after the certification is made. Our position is, ‘What’s the rush?’”

Large numbers of Virginia State Police were also present at the hearing, with at least three officers at every entrance to the community center and several patrolling from an overhead balcony. Although over 100 people were in attendance the first day of the meetings, many landowners needed to return home and around 60 remained for the following day. 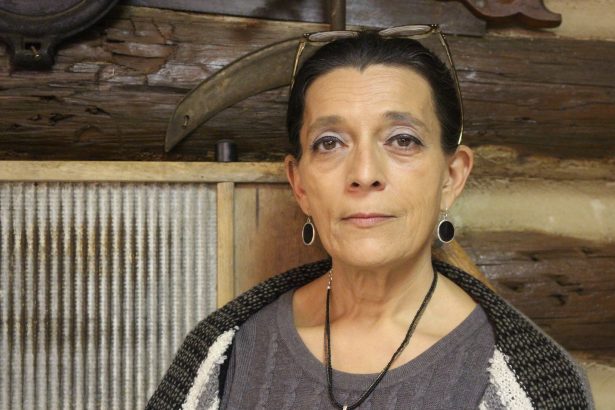 “At the end of the day, this land belongs to native people,” said Vanessa Boline, Virginia resident and Standing Rock anti-pipeline activist. “We are the caretakers of this land. We were put here for a purpose and a reason. My fight is still the same as Standing Rock: to protect the water for the next generation. It’s our responsibility to protect that, and make sure we leave them something worth having.”

According to Dr. Hearst Kastning, a karst landscape expert, pipeline leaks are likely to occur due to the high degree of seismic activity in this region of Appalachia. Landslides are also common in the area, a phenomenon likely to increase once pipeline construction begins and large numbers of trees preventing erosion are removed.

“Karst in general is one of the most sensitive landscapes in the environment. In a karst landscape, there are a lot of fractures and openings,” Kastning said. “Caves allow a lot of water to go through, fast, and unfiltered. Because of that, if the pipeline goes over karst, there are no guarantees it will be all right, because we don’t know where it will redirect the water… Once [the pipeline] is operational, if it springs a leak or breaks, that would contaminate the groundwater for quite a distance.”

‘Water is Life’ Table Set up in Nearby Church During Hearing

This hearing’s verdict differs from those recently made in West Virginia, whose Department of Environmental Protection waived their state’s authority under the Clean Water Act. The responsibility to grant the Atlantic Coast Pipeline (ACP) and MVP permits in that state will now fall to the FERC and the U.S. Army Corps of Engineers. In waiving their rights, West Virginia’s State Water Control Board also avoids any opportunity to be sued for negligence.

The DEQ hearing with Virginia’s State Water Control Board for the Atlantic Coast Pipeline permit will take place December 11 and 12 at 9:30 a.m. at Trinity Life Center. Attendance to open to the public. Testimony is allotted to those whose time was reserved in advance.

Madelyne is a Richmond native and staff writer at RVA Magazine, primarily covering politics and white nationalism in Virginia. She spent the past four years working and living in D.C., earning her B.A. in journalism and running to the White House every time the President sneezed. Follow her on Twitter at @madelyne_ash.
Topics: ACP, Atlantic Coast Pipeline, Bold Alliance, FERC, Mountain Valley Pipeline, MVP, VA DEQ, Virginia’s Appalachian region