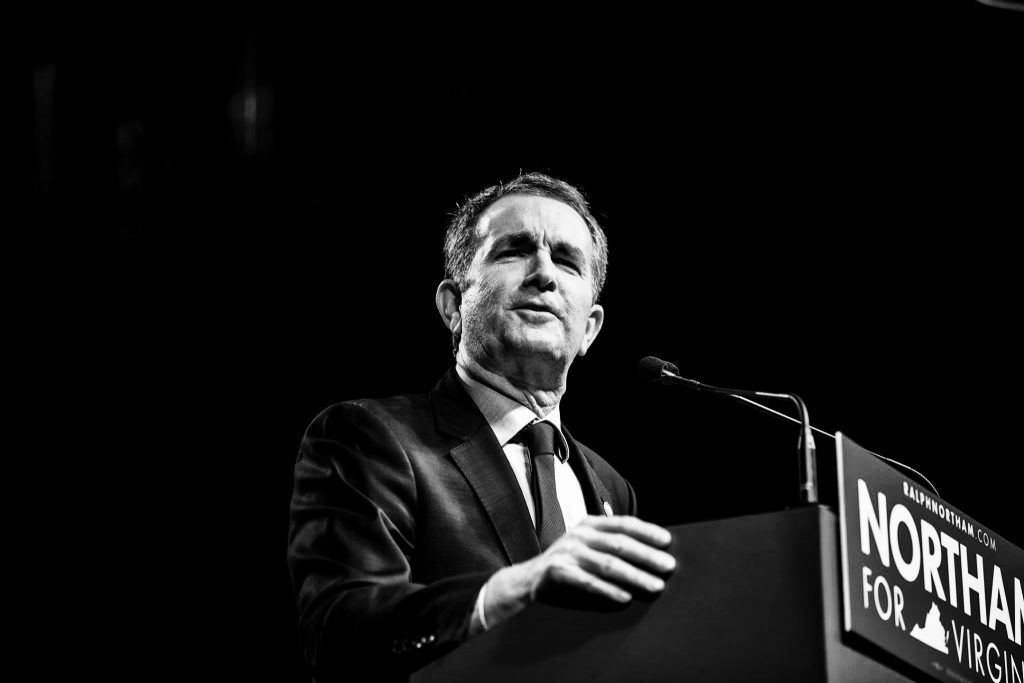 Governor Ralph Northam may be trying to put his blackface scandal behind him. But we are just beginning to see the effects of his missteps, on state politics in general and on the Democratic Party in particular.

Some of these effects extend beyond the Governor’s office. As was widely reported last week, VA First Lady Pam Northam got in hot water by handing out cotton to school kids and asking them to imagine what slavery was like. Some of the students who were there dispute the idea that she singled out black kids. But the whole episode surely would not be an issue without her husband’s blackface incident; the kids on the tour clearly were hyper-aware of the Northams’ recent history. Routine duties like leading a school tour become perilous when everyone wonders if you and your husband are racists.

Still, such a precarious position has not stopped Northam from getting involved with legislative politics. Thanks to some terrific reporting by the RTD’s Patrick Wilson, we learned last week that Mark Bergman, head of Governor Northam’s political action committee, had been talking to Delegate Debra Rodman about making a state Senate run — convincingly so, it seems, as Rodman officially announced her campaign yesterday. Some Democrats think Rodman may be able to challenge conservative Republican Siobhan Dunnavant in the 12th Senate district in purplish Henrico County.

If I were Rodman, I would think twice about a Senate run. I think Deb is great – she’s a colleague of mine at Randolph-Macon College – and she ran a terrific underdog campaign in 2017. But she has only been in office for two legislative sessions, and might not have enough of a record to stand on. (Not to mention that you can see her standing behind Kathy Tran in the viral video from the infamous “Dems want to kill babies” abortion fiasco earlier this year.)

Still, maybe Rodman’s platform as a sitting Delegate and her existing network of volunteers and donors could offer a real challenge to Dunnavant. The district voted Democratic last year by 15% (although that may have been more about voters rejecting Corey Stewart than anything else).

There’s just one problem: two Democratic candidates have already announced they are running against Dunnavant. And both – Veena Gupta Lothe and Marques Jones – are ethnic minorities. Rodman is not.

It is true that Lothe and Jones are newcomers with little political experience and not much money in the bank. (Of course, the same could have been said about Rodman in 2017.) So if the party is focused on winning that particular Senate seat, it might make sense to recruit a stronger candidate.

But what about the bigger picture?

First of all, the Party should be wary of taking sides in a primary among good faith candidates. According to the RTD report, the Governor’s PAC asked the state party to conduct a poll in Dunnavant’s district; they shared the results with Rodman, but not Lothe or Jones. Other candidates, activists, and volunteers could lose faith in the fairness of party leaders in an important election year.

Even more importantly, the Governor, at least through his PAC team, appears to be working to support a white woman over people of color at a time when minorities are already suspicious of his intentions.

More than the Governor’s reputation is at stake here. If Democrats want to reproduce the success of the last two elections in Virginia, they need ethnic minorities in the state to turn out for Democratic candidates. They also need volunteers and activists to fundraise, phonebank, and canvass. Thanks to Northam’s yearbook photo, African-Americans and other POC in the state have plenty of reasons to opt out this year.

In any other year, Northam’s actions here might be viewed as demonstrating important party leadership. As unpopular as partisanship is these days, political parties remain the most effective and important means of gaining power and governing in a democracy. If you like Democratic Party policies, you want a strong party voice helping to ensure that Democrats win state elections – and, eventually, win control of the General Assembly. This kind of coordination may involve some tough decisions.

But because of Northam’s blackface, Dem voters and activists may see another narrative in play. Instead of party leadership, they may see the Democratic party taking minority support for granted by promoting white candidates over people of color.

They may see a power play by a Democratic Governor who has absolutely no moral standing on race issues, and who is actively working to undermine minority Democrats, including an African-American.

No matter what happens in this particular Senate district, this episode shows – like so much else over the past few weeks – how Ralph Northam’s case for staying in office makes so very little sense. As long as Northam remains Governor, Democrats will be in disarray.