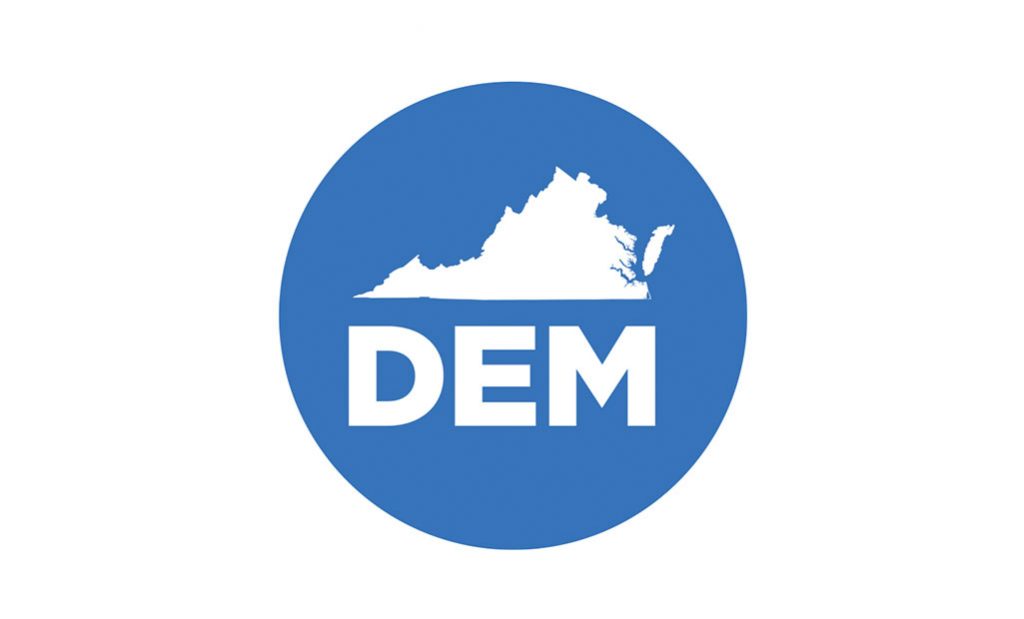 “Nothing hurts any more, until the consequences crash through the screen. Immersed almost permanently in virtual worlds, we cannot check what we are told against tangible reality. Is it any wonder that we live in a post-truth era, when we are bereft of experience? … The shrinking of our contact with the tangible world has taken place at a speed to which we struggle to adapt, with consequences we cannot yet grasp.” – George Monbiot in his essay, “Screened Out”

The Democratic Party’s primary for governor is June 13th, and you need to register to vote by May 19 to cast a ballot. You need not register Democrat to participate. Former Congressman Tom Perriello and current Lieutenant Governor Ralph Northam are the candidates, and it’s now attracting national attention. Following the unprecedentedly heated campaign for chair of the DNC, the Democratic primary for governor will be the next darling of national media outlets tracking the struggle for power between the neoliberal centrists and the democratic-socialist-leaning progressives, aka Hillary supporters versus those who supported Bernie. But as Perriello himself has pointed out, this is lazy. Such comparisons place this contest of significant consequence in a disembodied context, as if this were merely a debate of liberal philosophy.

I disagree with Monbiot; some of the effects of the isolated withdraw he so well describes are readily visible here in Virginia’s state politics. If they happen at all, conversations too often happen several degrees removed from the actual real-world result of policy, which lets these policy makers off the hook too easily. For instance, here’s Northam’s official rationale for supporting the Atlantic Coast and Mountain Valley Pipelines:

[T]he lieutenant governor supports the pipelines as long as property rights, safety and the environment are protected.

They are not being protected and this is obvious to anyone who has taken the time to meet some of the people whose property this pipeline is being built on. Private land is being surveyed and prepared for construction under federal eminent domain laws which are more lax than Virginia eminent domain laws, and under either set of laws, “the spirit of eminent domain is to require a landowner to sacrifice their individual interest in order to serve the greater public good,” as former utilities executive Tom Hadwin describes it.

It is really quite difficult to concoct an argument which frames these pipelines as truly in the public interest, and this is why Terry McAuliffe and now Northam don’t spend any more time then they have to discussing the pipelines; they know that to talk about their tangible effects would be to be halt the ACP and MVP, preferring to instead pretend it’s a done deal that they’re powerless to stop (which is false, Terry: the governor of Virginia does have the power to stop pipelines under the Clean Water Act). In that article, the Post  reporter might have interjected to say that we already know that “property rights, safety and the environment” are definitely not being protected, but Vozella’s piece meanders on, free of outrage and full of the neutrality that thrives in privileged conversation spaces. It is content to merely be yet another banal article about politicians’ strategies.

“As a doctor and a scientist, Ralph Northam always believes in a robust and transparent process driven by science, facts and property rights,” [Northam spokesman] Turner said in an email. “This is why he urges the Federal Energy Regulatory Commission and Virginia’s Department of Environmental Quality to hold this process to the highest possible standards with the utmost due diligence given to protecting our natural heritage. This is the logic that has underscored his long-standing opposition to offshore drilling.” Washington Post, February 9

It’s a passionless statement propping up standards that are nowhere near high enough and certainly not transparent; he shifts responsibility to FERC then points at another issue entirely, as if we, his constituents, were dumb and easily placated. In addition to being insulting, it’s highly irresponsible to talk about these pipelines as anything other than threats to public health, and any statement otherwise raises the question of what is really motivating his and McAuliffe’s support of these unnecessary pipelines if it is not the social good.

Headlines, as Dr. Northam should well know, happen to people’s bodies, and backing this particular issue is as debased as our General Assembly Republicans’ frothing desire to defund Planned Parenthood.

Both are incredibly dangerous policy proposals, and both would derail and harm people’s lives in service of bullshit agendas which betray entirely conceptual and disembodied views of reality. The ruling Democrats allegiance to Dominion’s profitability betrays a lack of concern and respect for rural Virginian bodies and agency as much as the GOP’s patriarchy-perverted Christianity dismisses the importance of every woman’s agency and right to access basic healthcare.

To register this point as something more than just another shout in the political din takes the kind of slowing down which our screen-suffused lives infrequently allow, not because it’s a heady conceptual argument but because it appeals to your empathy with people in Buckingham, Nelson, Augusta County and elsewhere who perhaps you’ve never met before.

Which is I write about the primary now, three months ahead of June 13, and why I am explicitly equivocating Northam and McAuliffe’s support for unnecessary fracked natural gas infrastructure to General Assembly Republicans’ repeated attempts restrict abortion access (which Ralph and Terry have commendably opposed). Women’s rights activists have done an excellent job in making the latter issue something a Democrat must stand against in order to have a viable career, and now we must do the same for these pipelines and their ilk. I cannot help but be afraid and angry at the idea of another supposedly liberal Virginia governor who will go to bat for Dominion executives’ repulsive lust for infinite growth, but not for the well-being of the broader citizenry.

That said, I’m also not interested in talking about who anyone should vote for. That’s a decision we’ll each make in a voting booth in an instant. (Or that you’ll avoid making, which, statistically speaking is most likely, and, morally speaking, unconscionably avoidant of responsibility.) Perriello hasn’t yet published his campaign finance documentation, and you really can’t know a politician’s motives until you know their funders. To his credit, though, he says he will not take money from Dominion, which, in contrast, Northam already has. And it would be incredibly amiss of this column not to note that he voted as a congressman in 2009 for an amendment to the Affordable Care Act that would have banned participating insurers from covering abortion.

Perriello says he did this in concession to his traditionally Republican district, and his otherwise pro-choice record and rhetoric shows that supporting pro-life policy is not a priority of his. Moreso, it shows he can be pushed by outcry from voters. In 2017, however, it is a sure bet that either a Northam or Perriello governorship would be a firewall against continued Republican attempts to legislate misogyny.

For now though, it is wise not to pledge fealty to any politician, and to instead keep up the advocacy and push all politicians to listen. In his essay, “Why I’m saying no to a pair of pipelines — and yes to Virginia’s renewable energy future,” Perriello echoes and occasionally links directly to arguments put forth by the Chesapeake Climate Action Network and several other nonprofit environmental advocacy groups.

It is most encouraging that someone who has very good shot at taking control of Virginia’s highest political office is building his campaign around policy and language crafted by nonprofits whose explicit goals are to promote the social good rather than further enhance and empower private capital. If he does win, it won’t be because he “pivoted left” or “positioned himself as the progressive,” it will be because he put forth policy proposals which recognize the reality of the lived experience of Virginians.

>May every Virginia resident reading this, at the very least, cast a vote on June 13.

Matthew Conover is a writer attending nursing school. His work has appeared in RVA Mag, Gadfly, Pretty Much Amazing, and It's Going Down. He also assists in the production of a new WRIR radio show about the proposed pipelines, which you can stream now, called End of the Line.

He lives in Woodland Heights.