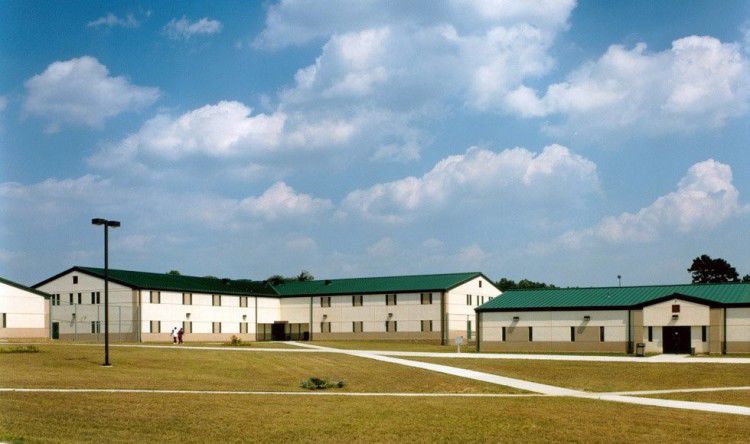 Inmates in Virginia correctional centers have been approved to receive COVID vaccines, but a disorganized rollout has led to confusion and a lack of information about when vaccines will actually be coming.

Floyd, a prisoner at Fluvanna Correctional Center for Women in Fluvanna County, said she talks on the phone every day with her 10-year-old child. She said it is difficult for her son not to see her like he did before COVID-19.

“I used to have video visits with my son, and regular in-person visits too,” Floyd said in an email. “I could see how big he was getting.”

Now, without access to video calls and living in the red zone, an area designated for prisoners who test positive for COVID-19, Floyd said she can’t go outside and that she is expected to stay in her cell. She said she tested positive about two weeks ago. Prisoners in red zones may leave their cells to access phones, kiosks, showers, restrooms, nursing stations, food trays and laundry, according to Gregory Carter, a spokesperson for the Virginia Department of Corrections.

There are 629 active coronavirus cases as of Thursday among on-site incarcerated individuals, three active cases in hospitals, and 132 active cases among employees, according to VADOC. There have been more than 8,800 total positive COVID-19 cases, and more than 50 prisoners have died who tested positive for COVID-19.

Floyd, among others living in Virginia’s prisons, said she doesn’t think she could get the vaccine right now even if she wanted to.

“Some women have already gotten it, but they haven’t told us when we are going to get it,” Floyd said.

Staff are administering two-dose Moderna vaccines, VADOC said in a January news release. The department is offering email stamps, telephone credits, and commissary items that will become available in early March to prisoners who take the vaccine.

“We want all staff and inmates who want the COVID-19 vaccine to get their inoculations as soon as possible,” Director Harold Clarke said in the release. “This effort is important to all in the VADOC community – our staff, inmates, and the community outside the walls, where our staff and inmates’ families live.”

Floyd said she was moved to the yellow zone, a quarantined area for those who may have been exposed to the virus, “in the middle of a freezing cold rain storm” after her previous roommate tested positive for COVID-19. Floyd said she initially tested negative but felt sick after moving to the yellow zone. She was worried she had the virus but wasn’t tested again for days.

“When I finally got tested, I tested positive and was moved to the red zone,” Floyd said. “The nice thing about the red zone is they kind of let us pick who we wanted to live with, so I’m with someone I knew already.”

Floyd said staff removed personal belongings from those moving into the red zone to quarantine the items, but two of her bags were lost in the move. She now sleeps without a pillow under a borrowed blanket and sheet, she said. The state issues linens to prisoners, and they may request replacements, Carter said.

Shannon Ellis, an attorney with the Legal Aid Justice Center, a statewide legal aid and advocacy organization, said Floyd’s experience is consistent with what she’s heard from prisoners across the commonwealth.

“I think it’s fair to say that there has been a lot of chaos within [VADOC] in handling the coronavirus,” Ellis said.

Ellis is a co-leading attorney in long-running litigation against Fluvanna Women’s Correctional Center, she said. Ellis’ duties include counseling incarcerated women living in the facility and evaluating healthcare standards following a settlement agreement under which VADOC would improve Fluvanna’s medical care.

Ellis said her legal partners conduct between 100 and 200 interviews with incarcerated women per year, and she receives around 60 emails and letters every week.

“What we’re hearing from our clients at Fluvanna, and what I’m hearing from other advocates that work with other facilities around the state, is that there’s a lot of vaccine hesitancy that’s being caused simply by poor education and counseling ahead of time with the vaccines,” Ellis said.

Women living in Fluvanna have “had to say yes or no” to the COVID-19 vaccine without the opportunity to consult a doctor or a nurse, despite having multiple serious health conditions and medication regimens, Ellis said.

Prisoners are able to directly consult with a nurse or a doctor before receiving the vaccine, Carter said.

VADOC follows guidelines from the Centers for Disease Control and Prevention and communicates with local health districts regarding COVID-19 protocol and vaccine rollout, Moran said.

“We feel it’s going smoothly,” Moran said. “So if there are complaints, then you know, we’ll try to address those. But as of now, I’m being told it’s going fairly well in terms of the delivery of the vaccines.”

The Virginia Department of Health began offering COVID-19 vaccines to people living in state prisons and local jails in January, expanding eligibility for who can get the shot under phase 1b of the commonwealth’s distribution plan. For the public, the phase now includes frontline workers, people aged 65 or older and people living in correctional facilities, homeless shelters, and migrant camps. People aged 16 to 64 years old with an underlying condition were added to phase 1b, though the vaccines aren’t readily available to them yet.

Moran said those in law enforcement, including correctional officers, were a priority in the early days of phase 1b.

“As we went to the prisons to do the correctional officers, it was a matter of operational efficiency … to do all individuals at the facility,” Moran said. “And in recognizing the particularly vulnerable population of those who are in confined spaces, it was determined that we would include inmates for the vaccinations.”

Moran said his office is focused on having an aggressive vaccination and testing program to drive down positive cases in correctional institutions. However, the process is not running smoothly, Ellis said.

“I think that Brian Moran has heard many complaints from advocates and from family members of incarcerated people across the state,” Ellis said.

Some cells in the COVID-19 red zone at Fluvanna Correctional Center for Women don’t have call buttons, Ellis said. This prevents women inside the cell from being able to quickly communicate if they are in a crisis.

“For example, if they’re having difficulty breathing,” Ellis said. “The only way to get attention is by shouting and basically banging on your closed locked cell door to try to get the attention of a guard, which, if you’re in a medical crisis, you may not even be able to do.”

The department uses several methods to educate prisoners on the vaccine. This includes recorded interviews with medical and public safety authorities that are shared with staff and prisoners, Carter said.

“Our health services staff has done tremendous work these last few weeks getting shots into arms,” VADOC Director of Communications Lisa Kinney said in an email.

Regarding VADOC’s incentive packs for those who receive the vaccine, Floyd said it doesn’t change her mind about the shot.

“I think I’m going to get it, but I’m not going to base my decision about whether to take it on free stuff,” Floyd said. “If it gets people to take it, that’s great.”

Nicholes Callahan, a prisoner at River North Correctional Center in Grayson County, said he recalls when VADOC offered similar incentives to encourage getting the flu shot in the fall. He said it did not play a part in his decision to get the shot.

“I feel like the incentive pack is a bribe,” Callahan said in an email.

Callahan said he’s unsure if he wants to get vaccinated. He is concerned about the vaccine’s possible side effects.

“Some other inmates have gotten it this week, so now I am going to see if they have any immediate side effects,” Callahan said.

Callahan said he was moved into quarantine after his cellmate tested positive for the virus. Prior to COVID-19, he said he would spend the entire day out of his cell, with in-person visits and two weekly trips to the gym. Now, he is out of his cell for about three hours a day “if we are lucky,” he said.

“I feel they have done the best they can in River North,” Callahan said. “It would have been nice to not have lost so much rec time in them doing it.”

David Bomber, a prisoner of Nottoway Correctional Center, said he lives in a cell that is about 8 feet tall and 6 feet wide with a sink and a toilet. The cell is designed for one person but he has a cellmate, Bomber said.

“We basically live in a toilet,” Bomber said.

VADOC’s average daily population has decreased from 29,136 in March 2020 to 23,811 in January, Carter said. He did not respond directly to whether one-man cells are used to house more than one prisoner.

Bomber tested positive for COVID-19 in December with about 200 other prisoners, he said. Bomber and roughly 40 other men moved into quarantine in an area that previously served as a restrictive housing unit, Bomber said. These areas are intended to separate prisoners from the general population.

“The conditions were punitive at best,” Bomber said.

Bomber said he received temperature checks twice daily and only suffered from a headache. He’s now out of quarantine and on modified lockdown, but doesn’t know if he’s eligible to receive the COVID-19 vaccine.

“They’re not putting out no kind of memos; there’s no exchange of information,” Bomber said.

As Bomber spoke on the phone, someone in the background announced with a megaphone that prisoners could sign up for the COVID-19 vaccine.

“I think if they’re going to offer it, I’m going to go ahead and take it,” Bomber said.