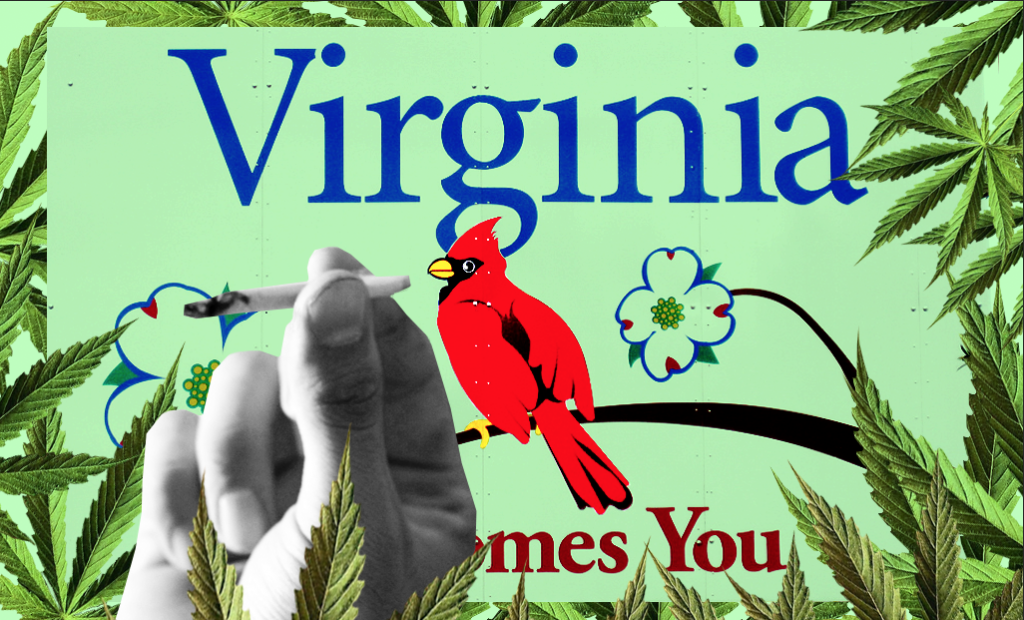 One of the ever-present issues in 2017 is the debate surrounding marijuana decriminalization and legalization. As support for marijuana increases nationally, legislators have been forced to respond by modernizing their positions.

Republicans used to be united in their opposition to drug legalization, but it has become a divisive topic in the conservative ranks, especially with more Libertarian-leaning Republicans like Senator Rand Paul calling for an end for the war on drugs. Democrats have already been in favor of marijuana reform for some time, due to known racial disparities in arrests and what is seen as an misappropriated use of police resources away from violent crime.

Ralph Northam, the Lieutenant Governor of Virginia and current Democratic nominee for Governor has come out much more in favor of marijuana reform than his GOP counterparts, although not as progressive as his primary election opponent Tom Perriello – according to a report card released by The Marijuana Policy Project (MPP).

Nonetheless, according to the MPP report card Northam’s Republican opponent Ed Gillespie, scored a solid D, while he received a respectable B only falling short of Perriello due to a lack of detailed responses to the whole questionnaire.

Based on statements made by Northam, his understanding of the issue is not just predicated on his experience as a medical doctor, but also in acknowledging the disproportionate arrest rate of African Americans at a rate of almost 3 to 1.

In an interview with RVA Mag’s Transmission series during the primary, he came out in strong support of decriminalization of marijuana, claiming, “There are far too many people who use marijuana who end up in our courts, jails, and penitentiaries…there is also an inequality out there. African Americans are 2.8 times more likely to be arrested and put in jail for marijuana. So I’m all about decriminalizing marijuana.”

The Gillespie campaign denied RVA Mag’s requests for information on the Republican nominee’s stance towards marijuana. However, the MPP gave him a D rating because he, “opposes decriminalization and adult-use, and his position on medical marijuana is unknown.”

Regardless, Gillespie’s communications director, David Abrams, claimed that the candidate is in favor of, “exploring reforms to make sure that penalties align appropriately to the offense committed,” and “is evaluating whether legalizing medicinal marijuana is right for Virginia and talking to people about it before deciding his policy.”

Despite this, planks related to marijuana decriminalization don’t appear anywhere in the issues section of his campaign website, and it appears that this statement is one of a very few on drug policy.

However, understanding how decriminalization and the reform needed to implement it works, requires a deeper understanding of the issue beyond just campaign talking points. In April, Virginia’s State Crime Commission agreed to undertake a study that assesses weather Virginia should decriminalize small amounts of marijuana.

The Virginia branch of the National Organization for the Reform of Marijuana Laws (Virginia NORML) is based in Richmond and has been one of the most stalwart proponents of marijuana legalization for decades.

Yet Jenn Michelle Pedini, executive director of the organization, believes that Virginia is making progress on marijuana reform, although slowly.

In March of this year, Gov. Terry McAullife signed two marijuana reform bills, one which allows discretion in suspending people’s drivers licenses who are caught with small amounts of drugs, while the other allows pharmaceutical companies to manufacture and produce cannabidiol oil and THC-A oil to treat epilepsy – a first step towards potentially legalizing medicinal marijuana.

“It is limited only to one condition, which is intractable epilepsy,”said Pedini. “So we do not want to follow the route that other states have taken, where they have to come back year after year after year, and revise their code, wasting legislative hours and thousands of dollars trying to decide which patients deserve access this year and which patients still deserve jail. That’s nonsense; we don’t do that with any other healthcare issue.”

This sentiment was reinforced up by Daniel Rouleau, the organization’s communications director. He explained that despite over half of the 50 states having access to medical cannabis, “we… [Virginia] still criminalize legal medical access and any adult access.”

The racial dynamics of how marijuana enforcement is implemented throughout law enforcement also remains a priority for NORML. Similar to the viewpoint of the Democratic candidates, Pedini addressed the disparity in arrests despite it being well known that people of all races use marijuana at equal rates.

“While we know across the racial spectrum, people use cannabis at similar rates, in Virginia, African-Americans are three times more likely to be arrested for possession than whites are,” said Pedini. “In some municipalities, it’s as high as eight times as much…and we do understand that this is simply an exercise in implicit bias. The reason we know that, is because even post-decriminalization, while the number of arrests will decrease drastically, the disparity rate will not change.”

The implicit bias Pedini refers to is the way the police interacts with the community. Rouleau explained that, “If all the police go to a certain area in town, then they’re going to catch stuff that happens in that part of town more often.”

This is tied to a history of housing discrimination that has confined low income people and communities of color to certain areas. He further described a situation in which police will often wait outside of these communities and wait for people to come outside and smoke marijuana, allowing them to be easily targeted.

“Guess who’s easy to catch? People who are standing outside,” said Rouleau. “If you’re in a wealthy area, you can go to your garage, to your parents’ shed, to your buddy’s house. And it’s kind of tied to properties.” He continued, If you’re lower income, it’s easy policing. Let’s go to where everyone’s standing outside. So we don’t have to get this Fourth Amendment search, we don’t have to proceed through all these constitutional barriers because people have to expose themselves.”

Rouleau said that this strategy is “essentially lazy policing.”

Cindy Cutler, a prominent leader of Decriminalize Norfolk, has always had an interest in criminal justice reform and has been with the organization for almost two years. After reading some articles in the Washington Post and Huffington Post, she discovered that Norfolk had one of the highest arrest rates in the country for people of color.

Speaking with Norfolk Sheriff Joe Baron, she found that all but five out of 86 of the inmates in Norfolk arrested for marijuana possession were African American. When she brought this up to Mayor Kenneth Alexander, he promised to work on marijuana reform with her.

“[Alexander] invited the Speaker, Senator Norment to their annual legislative dinner last year, and that’s where he made a statement [supporting decriminalization],” said Cutler. She said that her organization has 100 percent of the City Council’s support.

Cutler supports Northam’s campaign for governor and his policies on marijuana reform.

This has translated into support for the Democratic nominee for Governor. “I’ve been following Ralph Northam for the last 10 years,” she said. “He’s been a great senator, a lieutenant governor, and he’ll make a great governor. He was the first of all the candidates, including the Democratic candidates, to state that we should decriminalize.”

Cutler recounted Northam’s background as a physician and the first of the gubernatorial candidates, including the Democratic ones, to champion the need for doctors to recommend medical cannabis. She sees this as proof of him knowing what he is talking about and his dedication to working for decriminalization. On the other hand, she sees Gillespie as being a step backwards on drug policy.

“I don’t believe that Gillespie agrees with decrim or medical,” she said. “I think he was the only [gubernatorial candidate] that didn’t agree with anything.”

Read more of RVA Mag’s coverage on marijuana reform below:

*David Pettyjohn and Landon Shroder contributed to this article.