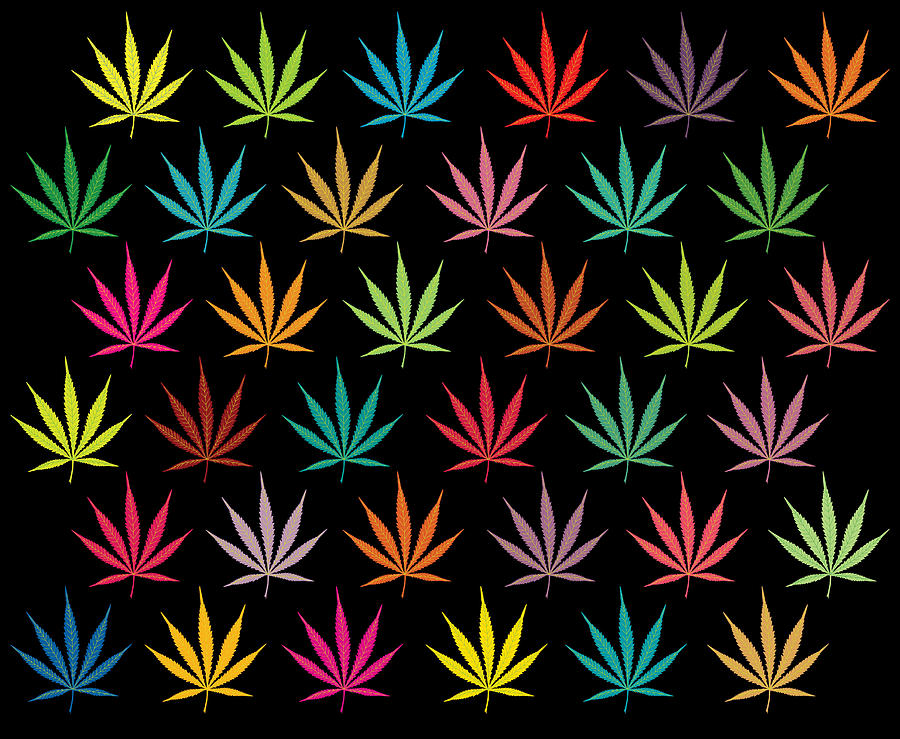 US State (A’s) GOP just updated their platform to include the following: a penalty reduction for possessing less than an ounce of marijuana (these offenses will now be civil, not criminal, charges, payable by a fine of no more than $100), expanded access to medicinal marijuana (giving doctors the ability to determine the appropriate use of cannabis), urging Congress to remove cannabis from the list of Schedule 1 drugs, and a call to pass legislation for the increased cultivation and sale of hemp. That’s a pretty progressive hypothetical state, huh?

I lied. This isn’t a hypothetical situation. One of these states is Virginia, and the other one is Texas. Take a guess which state is which.

Bad news it is, Virginia.

The Commonwealth’s state legislature is officially more antiquated than the Texas GOP – top marks. And the cherry on top? Texas Republicans followed the same Virginia model, which allows doctors to determine appropriate cannabis use for their patients, and is now effectively leaving the Commonwealth in the dust.

Virginia NORML (National Organization for the Reform of Marijuana Laws) Executive Director, Jenn Michelle Pedini, is the Commonwealth’s brain trust regarding all marijuana legislation in the state, from the painfully frustrating to the optimistically hopeful.

Pedini goes on to say that she hopes Republicans would want to get out in front of the decriminalization issue in 2019, but sees the drive to do so isn’t there. Nonetheless, there is a reason to be hopeful as voters look to 2020, which Pedini believes will be the year that sweeping changes and progress are made.

“The general idea is that we can do it in the 2019 session and Republicans could have that win, or we could do it in 2020 legislature, which is going to be a vastly different makeup,” Pedini said. “It’s almost a no-brainer. We’re going to see candidates campaign much more heavily on marijuana policy reform, both at the state and the federal level.”

She feels confident about marijuana reform in 2020, as she predicts there will be a much younger legislature. “Regardless of which party is in control, we’re going to have younger folks in office,” Pedini said. “The reason why we don’t have the reforms that the overwhelming majority of Virginians demand for is simple: Virginians continue to reelect the same conservative prosecutors to represent them in the General Assembly, and those folks are unwilling to move on this issue.”

Pedini discussed the not-so-hypothetical scenario in a very real Virginia, in which law enforcement arrested 27,852 people for marijuana-related offenses in 2017, up by almost 6,000  arrests from the previous year. “While the rest of the country is drastically decreasing their marijuana enforcement either because of decriminalization efforts at municipal or state levels or because of regulating use at the state level, Virginia is moving in the opposite direction,” Pedini said. “And that is not at all in context with what the overwhelming majority of Virginians want.”

Additionally, there are enormous financial benefits can come from state-regulated marijuana sales. Pedini mentioned Pueblo County in Colorado, which is using tax money from marijuana sales to help students pay for college. Pueblo County Commissioner Sal Pace told the local CBS-affiliate station that only a few years ago, “These are dollars that would have been going to the black market, drug cartels. Now money that’s used to fund drug cartels is now being used to fund college scholarships.”

For Pedini, the financial side of regulated marijuana sales is an obvious bonus, but there is a greater concern. “I think more importantly than the tax incentive around regulated marijuana sales is the public safety that comes with regulated sales,” she said. “What we are saying as a state with every year that we don’t regulate the sale of marijuana is that we would prefer drug dealers be the regulators of this industry. We know that drug dealers don’t I.D. before they sell marijuana. We know that in states that have regulated sales of marijuana, they do.”

Virginia seems to have a disorder where no amount of research or facts can break through. “There’s not a lack of data of what happens with states post-regulation,” Pedini said. “We have that in abundance now. It’s more the ability to maintain the current systems that currently profit from maintaining marijuana as illegal. It’s an easy arrest. It’s a way to search people’s cars and homes. Notably, its a way to funnel a significant amount of dollars into the state’s substance abuse program.”

Another inconvenient truth from the 2017 Virginia State Police report? African-Americans in Virginia are arrested for marijuana possession at a rate that is more than three times the rate of whites. Unfortunately, the ACLU has found in their research that this isn’t just a problem in Virginia. Nationally, blacks are 3.73 times more likely to be arrested for marijuana than whites despite usage being equal between races.

Pedini also discussed the state’s substance abuse program, as it is inexorably linked to the national opioid crisis. She said that in Virginia, “Marijuana possession alone is enough to have you ordered to rehab” if you go through the first-time offenders’ program. “Sadly, you’re going to take up the space in that program for someone who has an opiate or heroin use disorder,” she said. “We could immediately double access to treatment for opiate use disorder by ending the courtroom-to-rehab pipeline for pot possession.”

Pedini said predicting what we will see in Virginia in ten years time is difficult since it depends so much on how federal policy shifts and who controls the state legislature. “A shift in federal policy, regardless of controlling party, is likely enough to push Virginia in the direction of regulating adult use,” she said. “We take a lot of money from the federal government and we’re never going to do anything that inhibits our ability to receive those federal dollars.”

Finally, when asked what we as citizens can do to bring this change more quickly, Pedini bluntly stated, “Vote” before the question was even finished. Is it really that simple? Yes.

“If you keep re-electing people who don’t support the reforms you want, you aren’t going to get the reforms that you want,” Pedini said.

If your priorities line up with the work that Virginia NORML is doing, there’s only one thing to do this November: get out and vote. Find out which candidates support marijuana legislation reform in Virginia and make your voice heard.

Mike McCabe is a Richmond native recently returned home after time spent teaching in Spain, Oregon, Texas, and North Carolina. He is a grad student at VCU and also works as the Richmond director for the international concert series, Sofar Sounds. Mike is a borderline-belligerent supporter of Tottenham Hotspur Football Club, likes cold bodies of water, and can often be found walking in Church Hill with his Boston Terrier, Hugo.