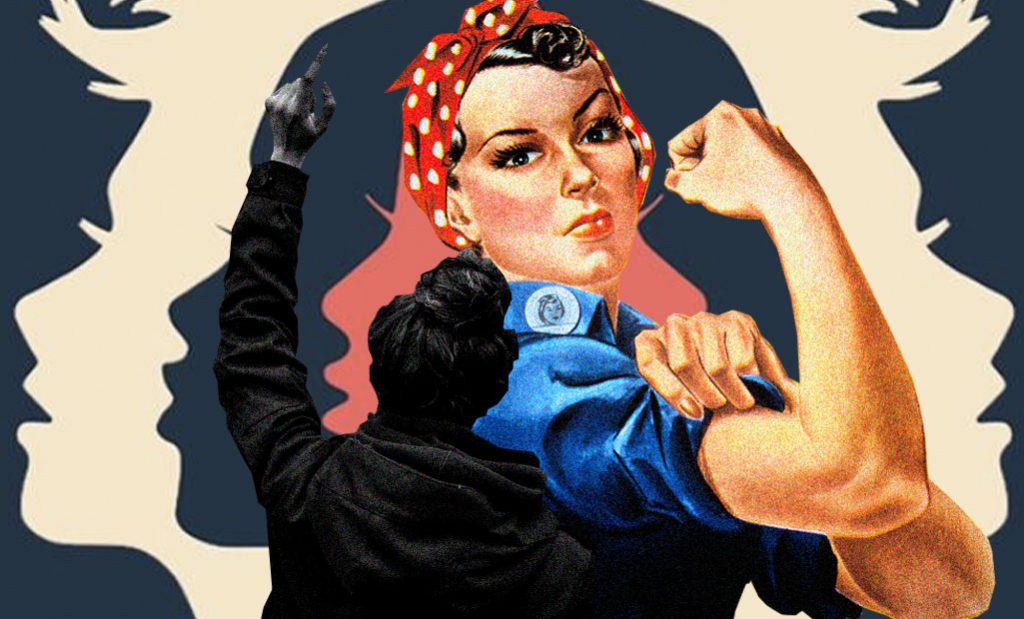 A tidal wave is coming: Since November, this feeling has lingered over political observers across the country. In any case, the 2016 presidential election has sparked one of the most intense political conversations in a generation — and for many women, a pressing obligation to step in.

“You’re either going to be part of the wave, or you’re going to be on the beach not knowing what to do,” said Cassie Jacobs, CEO of Peninsula Voices for Change. “But it’s not going anywhere.”

Jacobs, like many women in Virginia and nationwide, entered the political landscape following the election of President Trump. As a result, the number of women in the Commonwealth competing in state primaries has essentially doubled since 2015.

“They’re watching an administration that does not feel the way they do and does not respect women in general,” said Jacobs. “Because they don’t respect us, women are coming out in droves to get elected. On a deeper level than that, women are powerful and they’re ready to lead. This was the opportunity they were waiting for.”

The growing activism in Virginia is part of a larger national trend. In stark contrast to the ‘most exceptional country in the world’ mentality shared by many Americans, the U.S. ranks 101st on the list of gender equality in politics. But according to Politico, organizations that train potential female candidates reported an increase in attendance by almost 145 percent in this year alone.

“I think the 2016 election had a profound impact on so many women,” said Delegate Delores L. McQuinn, who represents the 70th district in the Virginia House of Representatives covering Henrico, Chesterfield and the City of Richmond. “I think that the indicators were saying we would have the first female president. . . to see that it did not occur, for whatever reason, was such an extremely disappointing moment in time.”

As mother to the leader of Richmond’s NAACP and grandmother to a three-year-old girl, the election results were a let-down for McQuinn. She noted that the loss ran deeper than traditional party politics.

“I think it sends another message, as qualified as Hillary Clinton was that she could not convince Americans…male, female, black, white…to support her for president, that we are so far behind as a country,” said McQuinn. “And I think people looked at those dynamics.”

Across Virginia, organizations like Emerge Virginia and Together We Will are in place to train potential female candidates for office. By opening doors to new candidates, the groups make it possible for women of all backgrounds to get involved.

“In my position, we want to work with them,” said Gaylene Kanoyton, First Vice Chair of Organization for the Democratic Party of Virginia. “We may not always agree, but at the end of the day when November rolls around, we need to lock arms and head to the polls to make sure the right candidate gets elected for women’s rights.”

The Women’s March in D.C. had a significant impact on the number of women campaigning in Virginia, claimed Kanoyton, with more women entering politics throughout the Commonwealth as a result. Yet she cites Trump’s election as still the number one reason behind the recent spike in women’s activism.

“Women take the responsibility of what goes on…whether it’s in their families or communities, they’ve been known to step up,” said Kanoyton. “We’re back in the 60’s at the Civil Rights Movement, we’re back in the Women’s Suffrage Movement. We are reliving what’s happened in the past, which is unfortunate, but we’re back stronger and better and we’re going to make a difference.”

The benefits of political campaigning aren’t necessarily limited to politics, according to McQuinn. She believes increases in women running for office will likely lead to shifts in workplace structures around the country.

“You look at the boardrooms, the corporations and various other nonprofits — it’s still male dominated, these things,” said McQuinn, when speaking about the ever present gender gap. “Whether those running win or not, I think it will send a clear message that they can pursue other opportunities not historically served by females. It’ll be redefined now, you’ll see women stepping into places and spaces that we haven’t before.”

For other activists in Virginia, Kanoyton wants to reiterate the importance of community.

“Everyone should work within their space,” she said. “They may not want to join the Democratic Party, and that’s okay, but we want to work with all organizations to make sure these issues are seen. We are mothers, wives, sisters. We have several roles to play that are affected by all of these issues on the chopping block.”

Across the country, trends show that women’s participation in politics is on the rise. The collaborative efforts of nonprofit organizations, activist groups, and events like the Women’s March, will ensure that the wave of female voices in political leadership roles won’t slow down anytime soon.