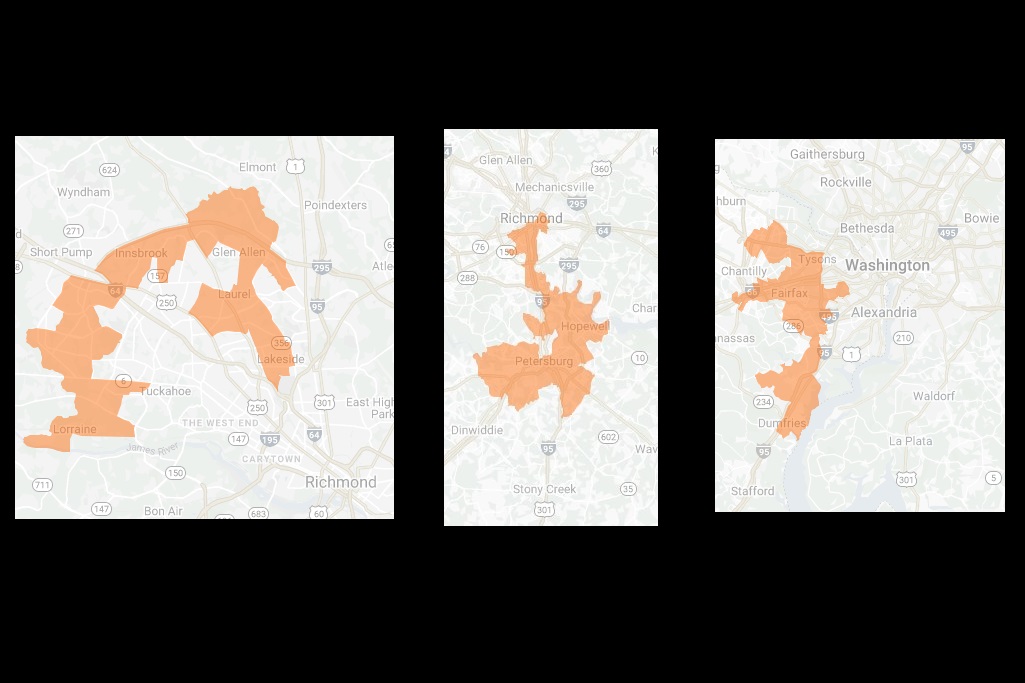 No one in Virginia likes gerrymandering, but there’s a significant difference of opinion in how to fix it. The amendment Virginians vote on tomorrow offers one plan, but some progressive voices in the Commonwealth feel it’s not the best move.

Before Kelly Herring voted in the presidential election, she was undecided on a key vote, and it wasn’t who she was going to elect for president.

Herring wasn’t sure how to vote on a Virginia constitutional amendment that will change the process of redrawing congressional and state legislative districts.

After every 10-year census, the General Assembly is responsible for drawing new congressional and state legislature districts, over which the governor has veto power. The majority of congressional and state legislative districts in Virginia were redrawn after the 2010 U.S. Census, when Republicans controlled both chambers of the General Assembly and the executive branch. The maps will be redrawn again next year with final census counts.

The proposed amendment would put the mapmaking power into the hands of a bipartisan commission. It’s the final step needed to amend the state constitution after state legislators passed the redistricting amendment for two consecutive years.

Herring is one of millions of Virginians who will weigh in on the amendment — one of two on the current ballot.

“There was one local issue that I went back and forth on too, but the amendment was a big one,” Herring said.

The commission would be composed of eight state legislators and eight citizens. An equal number of Democratic and Republican legislators from each chamber of the Virginia General Assembly would be appointed by the political party leadership. Legislative leaders also would recommend people for the citizen positions, which would be selected by retired circuit court judges.

The amendment requires maps to be drawn in accordance with federal and state law requirements that address racial and ethnic fairness, including the 14th Amendment and the Voting Rights Act. Maps also need to “provide, where practicable, opportunities for racial and ethnic communities to elect candidates of their choice.”

Some Virginia lawmakers oppose the amendment. They believe it gives legislators more power to choose voters as opposed to voters choosing legislators.

“You have four party leaders that not only control the process, but control the appointment and representation on this commission,” said Del. Lashrecse D. Aird, D-Petersburg. “Ultimately what you get, is legislators actually compounding their party and hanging on to control in the process of map-drawing.”

Legislators passed a measure in the spring that establishes standards for redistricting. The bill, introduced by Del. Marcia Price, D-Newport News, is intended to prohibit racial gerrymandering, or the manipulation of boundaries that ultimately favors one political party. The measure sets criteria for drawing legislative districts, which includes abiding by equal population requirements, following laws related to racial and ethnic fairness, and creating contiguous districts.

“The Voting Rights Act has been under attack since the day it was signed in 1965,” Price said. “There is nothing that prevents it from being further gutted, so our argument is; don’t just mention it, actually put the protections in there so even if it fails on the federal level, we have the state level that’s protecting us.”

Opponents of the amendment argue that the recently passed redistricting law deals with the effects of racial gerrymandering better than the proposed amendment. Opponents say that passing the amendment could potentially prevent further progress by the General Assembly since it’s difficult to overturn the constitution.

“We have always said that we wanted to prohibit gerrymandering, which is ultimately the main problem that we’ve experienced with map-drawing in Virginia,” Aird said. “There is no language in this amendment that would prevent gerrymandering.”

Nicholas Goedert, an assistant professor of political science at Virginia Tech supports the amendment. Other states have changed the criteria for redistricting but it proved ineffective, he said.

“I think changing the process is much more important as a general rule than changing the criteria,” Goedert said. “Because there are a lot of ways that legislatures can get around the wording of the criteria and still implement a map that suits their interests.”

Goedert said the amendment isn’t perfect, but sees Virginia passing both the amendment and redistricting bill as a step in the right direction to creating more demographically balanced districts.

“We’ve seen, throughout the states that have adopted commissions, that the commissioners take their jobs seriously, and for the most part succeed in drawing acceptable maps,” Goedert said. “There’s always been a couple of exceptions, but I would be optimistic on that point.”

The redistricting amendment is endorsed by several democratic groups, including the ACLU of Virginia and the League of Women Voters of Virginia. Herring, who identifies as progressive, decided to do more research after seeing there were progressive groups on both sides, and ultimately decided to vote no on the amendment.

“The Black Legislative Caucus and the NAACP both spoke out against it, and ultimately gerrymandering is an issue that affects minority voters more,” Herring said. “So, I figured this is probably an issue where I should listen.”