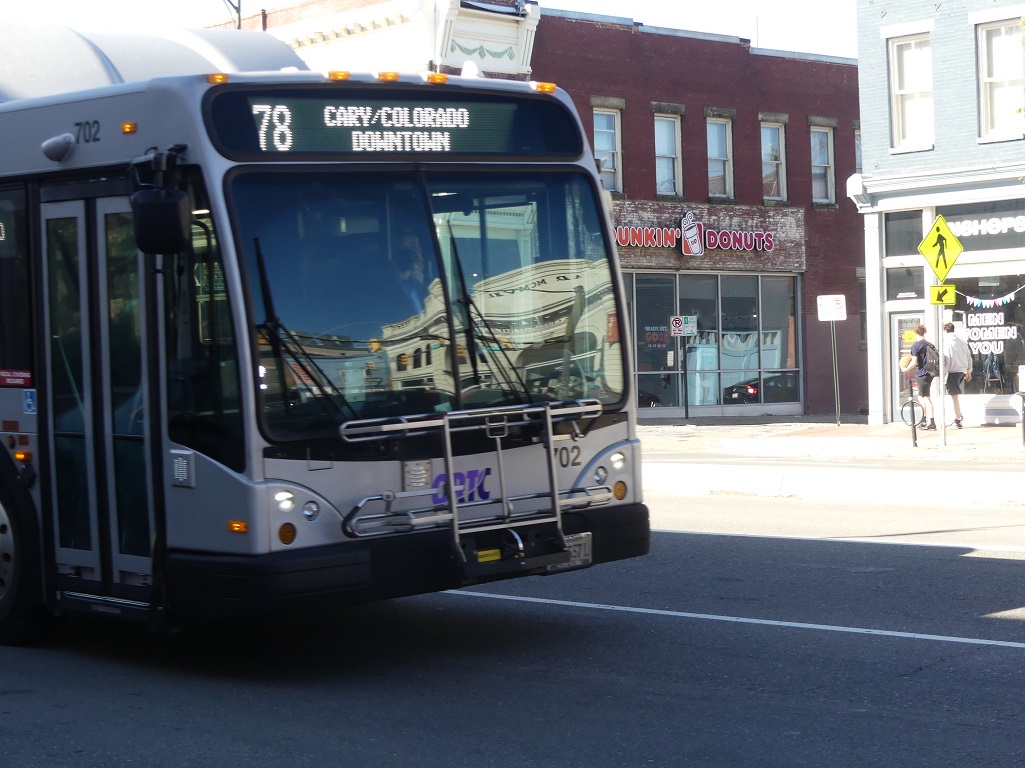 As we prepare for a post-pandemic world, GRTC and other public transit operators around the commonwealth have some questions. Primarily: will riders come back? But also: should they start charging fares again?

Virginia public transit systems from Northern Virginia to Hampton Roads are looking for a path forward after losing riders and revenue during the pandemic. Some transit systems have been harder hit than others.

“We are serving a market of essential workers that can’t stay home; they have to use our service,” said Greater Richmond Transit Co. CEO Julie Timm during a recent presentation.

Gov. Ralph Northam issued a state of emergency in March of last year in response to the COVID-19 pandemic. The move prompted limits on public and private gatherings, telework policies and mandates to wear masks in public, although some restrictions have eased.

GRTC faced a “potentially catastrophic budget deficit” since eliminating fares last March in response to the pandemic and reductions in public funding starting in July of this year, according to the organization’s annual report. The Coronavirus Aid, Relief and Economic Security Act funding and Virginia Department of Rail and Public Transportation emergency funding covered the deficit, according to the report.

The transit system lost about 20 percent of riders when comparing March to November 2019 with the same nine-month period in 2020. Overall, fiscal year-to-date ridership on local-fixed routes decreased the least (-16 percent), compared to the bus-rapid transit line (-49 percent) and express routes (-84 percent), according to GRTC data. Local-fixed routes had a 7 percent increase from March 2020 to March 2021.

GRTC eliminated fares in March 2020 to avoid “close interactions at bus fareboxes,” Timm said in a statement at the time. CARES Act funding made the move possible. GRTC will offer free rides until the end of June.

GRTC will need an additional $5.3 million when federal funding ceases to continue operating with zero fare, Timm said. Zero fare can be supported through the third round of federal stimulus money and Department of Rail and Public Transportation funding, advertising revenue and other funding sources, Timm said.

“This is the conversation and it’s a hard conversation,” Timm said. “To fare or not to fare?”

GRTC serves a majority-Black and majority-female ridership, according to the 2020 annual report. Commuters account for over half the trips taken on GRTC buses and almost three-quarters of commuter trips are five or more days per week. Nearly 80 percent of riders have a household income of less than $50,000 per year.

GRTC spends about $1.7 million to collect fares annually, according to Timm. Eliminating fares is more optimal than collecting fares, Timm said in March. She believes in zero fare operation because the bus rates act as a regressive tax, which takes a large percentage of income from low-income earners.

Free fares could lead to overcrowding on buses, opponents argue. However, Timm said that’s not a good reason to abolish the initiative.

GRTC will continue to evaluate the effectiveness of the zero fare model, according to Timm.

“We’ll have a lot of conversations post-COVID about how we consider transit, how we invest in transit and how that investment in transit lifts up our entire region, not just our riders but all of our economy for a stronger marketplace,” Timm said.

GRTC added another bus route as the COVID-19 pandemic hit last March. Route 111 runs in Chesterfield from John Tyler Community College to the Food Lion off Chippenham Parkway. The route surpassed ridership expectations despite being launched during the pandemic, according to the annual report.

GRTC also will receive additional funding from the newly established Central Virginia Transit Authority. The entity will provide dedicated transportation funding for Richmond and eight other localities. The authority will draw money from a regional sales and use tax, as well as a gasoline and diesel fuel tax. GRTC is projected to receive $20 million in funds from the authority in fiscal year 2021. The next fiscal year it receives $28 million and funding will reach $30 million by fiscal year 2026.

These funds cannot be used to assist in zero fare operation, Timm said.

Almost 350,000 riders boarded the Washington Metropolitan Area Transit Authority buses per day on average in 2019, which includes passengers in Northern Virginia. That number dipped to 91,000 average daily boardings in 2020, according to Metro statistics.

“The impact of the pandemic on ridership and revenue forced us to consider drastic cuts that would have been necessary absent federal relief funding,” stated Metro Board Chair Paul C. Smedberg. “Thankfully, the American Rescue Plan Act has provided a lifeline for Metro to serve customers and support the region’s economic recovery.”

Hampton Roads Transit buses served 10.7 million people in 2019 and 6.2 million people in 2020. The decline has carried into 2021. Almost 1.6 million passengers took HRT transit buses in January and February 2020 and just over 815,000 have in 2021, resulting in a nearly 50 percent decrease. HRT spokesperson Tom Holden said he can’t explain why HRT bus services saw a higher drop off than GRTC buses.

“We had a substantial decline in boardings in all our modes of transportation, just as every transit agency in the U.S. did,” Holden said.

HRT operated with a zero fare system from April 10 to July 1, 2020. Ridership had a slight uptick from April to October, aside from an August dip. Fares for all HRT transit services were budgeted for 14.2 percent of HRT’s revenue for Fiscal Year 2020.

“We are hopeful that with vaccinations becoming more widespread, the overall economy will begin to recover, and we’ll see rates increase,” Holden said.