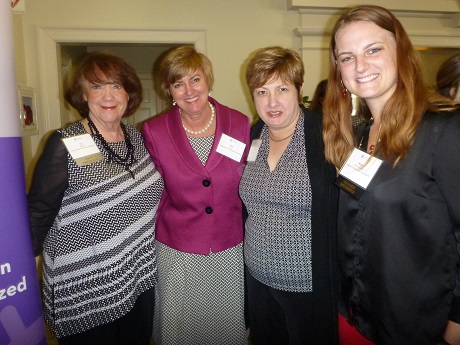 Women business owners in Virginia deserve some praise for their success in the last few years.

Women business owners in Virginia deserve some praise for their success in the last few years.

At least, according to the results of a powerful study presented recently by the National Association of Women Business Owners (NAWBO) Richmond chapter on the state of women-owned businesses (WOB) in Virginia.

The study, part of the Census 2012 Survey of Business Owners, was conducted Chmura Economics and revealed the economic impact, industry trends, performance, growth, financing and other aspects on the state level for women entrepreneurs compared to national statistics.

Dr. Christine Chmura, CEO of Chmura Economics, presented the results this month to a large crowd of mostly women, with a few men, at the Jepson Alumni Center at the University of Richmond and results were mostly positive.

“In terms of the Census data, WOB’s are doing well, they’re growing fast, they’re created at a fast pace, revenues are increasing,” she said. 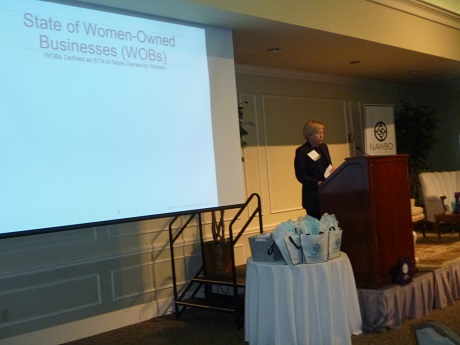 As Chmura said, revenue for WOBs in Virginia has also been on the rise.

“Were also seeing payroll increasing,” Chmura said. “As women are growing their businesses, and seeing more revenue, their increasing their number of employees and overall payroll,” she said.

Lee Brazzell, President of NAWBO Richmond chapter said revenue for WOB in 2014 was modest and the majority of WOB reported a profit. Employment expanded by 9.7 percent from 2013 to 2014. 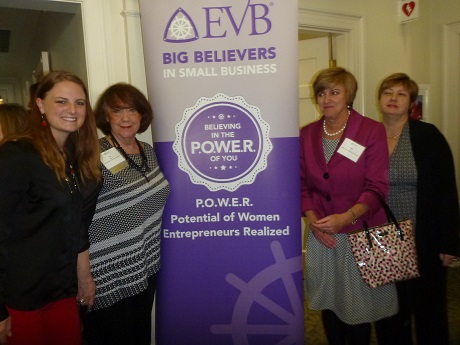 WOBs that responded have been in business almost 12 years with nearly half in the professional and business services sector which includes lawyers, accountants, computer design, advertising, engineering and other industries. Trade, construction, arts, entertainment, and recreation, accommodation and food services make up the other top sectors for WOBs.

Most funded their businesses with credit cards, which accounted for 51 percent. Commercial bank loans accounted for 27 percent, 22 percent borrowed from family or friends, Home equity loans and personal savings were also used among Virginia WOBs.

Chmura said government loans other government contracts weren’t used as much, and when they were, were reported insufficient.

The study reported that WOBs in the state would like to see more resources when it comes to financing, networking and mentorship. Chmura said 45 percent of young businesses needed mentorship.

Brazzell said access to capital and credit lines, and competing with larger firms, are also some of the challenges women entrepreneurs are facing.

“NAWBO is addressing all of the above issue areas through programs, partnership, outreach to publicly owned business and government agencies,” she said.

Virginia’s secretary of commerce and trade Maurice Jones also spoke at the event on the resources available for WOBs.

He mentioned the state has a $400,000 set aside for small, woman-owned and minority (SWAM) certified businesses.

According to Chmura, 89 percent of WOB are SWAM certified.

Among the business owners at the event was Perkins Morgan, co-owner of vintage party rentals company Paisley and Jade, who launched her startup in the summer of 2012 and found the study very informative.

She started the busness when she was 25 when the economy was not doing so great. 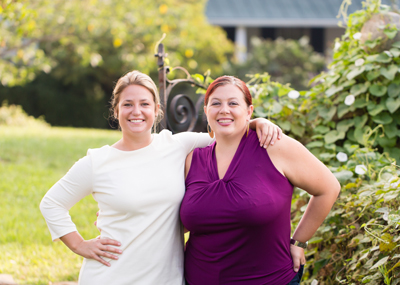 “Financing definitely struck a chord with us, if it hadn’t been for the personal financing we would have never been able to have gotten started,” she said.

Morgan said she along with her business partner Morgan Montgomery had a personal investor who gave the two one lump sum to get going.

“We had a business plan, a business coach, a pr coach and an accountant so those were kind of like our bones that we started with,” Morgan said.

They did their first job in January 2013 and Morgan said revenue has doubled each year since.

Now 28, the young entrepreneur echoed some of the finding of the study mentioning she’s learning to manage the financial side as well as mentorship.

“We would have never even considered going through a bank and I think that comes from we weren’t educated in that sense of what was available to us, whether it was through government or local chapters,” she said. “We’ve reached out mostly to companies in Florida and California who are offering mentoring because the event world of what we do is a little more similar out there.”

Morgan said Paisley and Jade was recently been approved for a line of credit which took a year and half. And they’ve instituted a coaching program through their company that’s nationwide to help small niche businesses like theirs find their way.

“We kind of pulled information from a bunch of different places and now offer a package to companies like ours to help get started,” she said.

Op-Ed: Justice For Youth Is the Antidote

"Backwards or Forward? COVID-19 challenges us to incorporate a public health lens when approaching justice for youth and public safety,"... READ MORE

Dominion, Decriminalization, and Demilitarizing the Polic...

RVA Mag spoke with Virginia State Senator and candidate for governor Jennifer McClellan about her plan for Virginia, from renewable energy... READ MORE

A Paid Day Off (For Everyone!) To Vote

Would a paid day off make it easier to vote? State employees have this benefit on Election Day -- but if you work for a private company,... READ MORE