“We opened September the 20, 2016. It was supposed to open for lunch, but we never got the chance to open for lunch because dinner took off like gangbusters and we could never get to the lunch, and we still haven’t gotten to lunch.”

Those are the words of Spoonbread Bistro’s owner and Executive Chef Michael Hall, describing the boom in business that occurred upon the opening of the first Spoonbread Bistro location in The Fan in summer 2016. Richmond took to Chef Hall’s fusion of Southern Comfort food and upscale French cuisine like wildfire, sparking incredible amounts of business and growth for the restaurant. 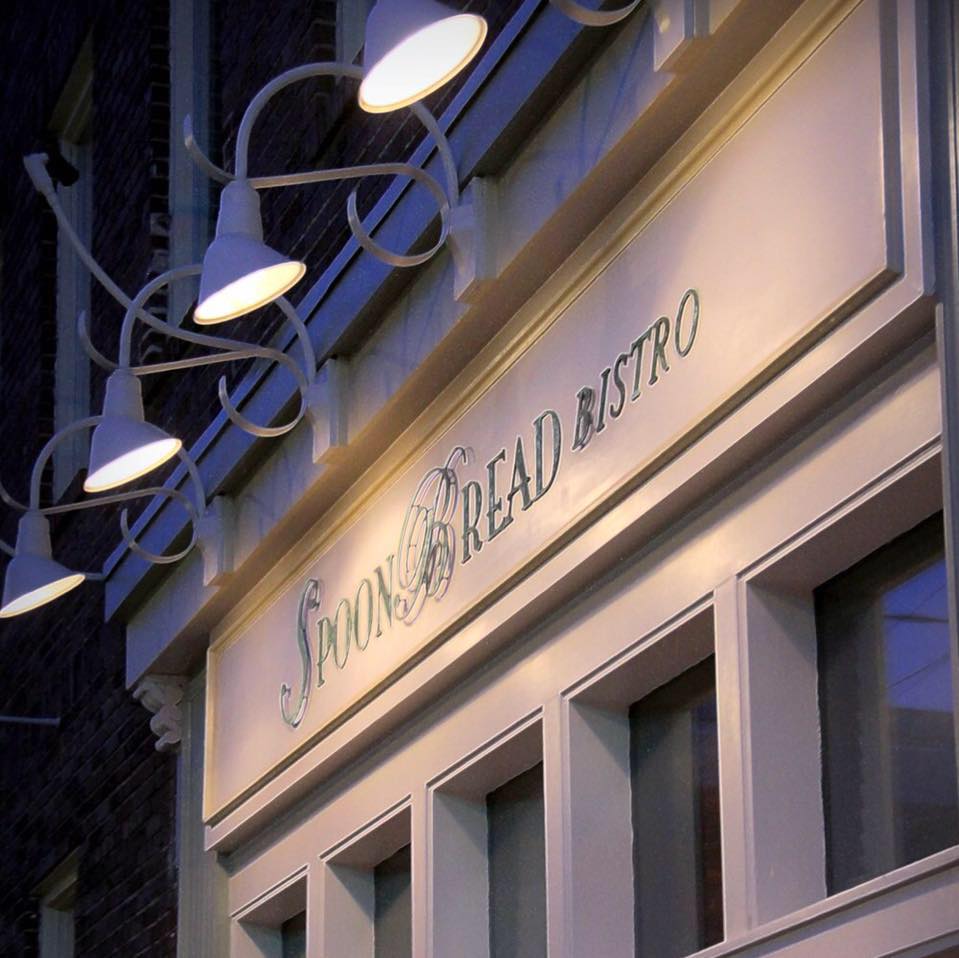 And now, the man who was behind M Wine Bistro in Rocketts Landing, and the former chef at 2300 Club in Church Hill, will expand his business west with Spoonbread Deux this weekend in the former Patina Grill location.

The original location at Floyd Avenue has been a popular spot for Richmond residents, and a highlight of Richmond Black Restaurant Experience each year, but where on earth did such a combination of cuisine come from? Chef Hall, a Richmond native who grew up in Church Hill, said it started with his mother’s cooking. “My love has always been my mom’s cooking, so you know, corn pudding, you see us have collard greens, we do sweet potatoes, you know just everything you would see in the south.” He was learning the ropes of southern cooking for years at home, but it wasn’t until his first job in a restaurant called The Butlery in 1985 that he would find himself on the path toward combining his love for southern comfort food, with French cuisine.

“[It] was a French restaurant in the far west end. was the dishwasher, and really was going to leave there and go to take a job as an assistant to a real estate agent, but the executive chef actually talked me into staying,” he said.

After that, he became assistant to the pastry chef at the restaurant, and his skills in the kitchen really began to heat up from there.

“They really thought I had talent, and they actually fired [the head pastry chef], and her husband the executive chef… they were husband and wife team, so they couldn’t fire one without the other, so I became the pastry chef for this fancy French restaurant at the age of 23.”

However, The Butlery was only the beginning of Chef Hall’s foray into French cuisine. He would go on to attend the Culinary Institute of America for Pastries, work for Ukrop’s as a recipe development chef, and served as Executive Chef for Shockoe Bottom’s None Such Place for five years.

Hall ventured out on his own with a restaurant called The Vine, but after that closed, it was his position at the 2300 Club where his vision for Spoonbread, which had started in 2003, began to come to life.

“[The 2300 Club] gave me the chance to really hone recipes, because it really wasn’t that busy, so when I did do things, I had a chance to go back to my recipe development days,” he said. “I kinda knew that I would do my own thing again, but I just didn’t know when.” 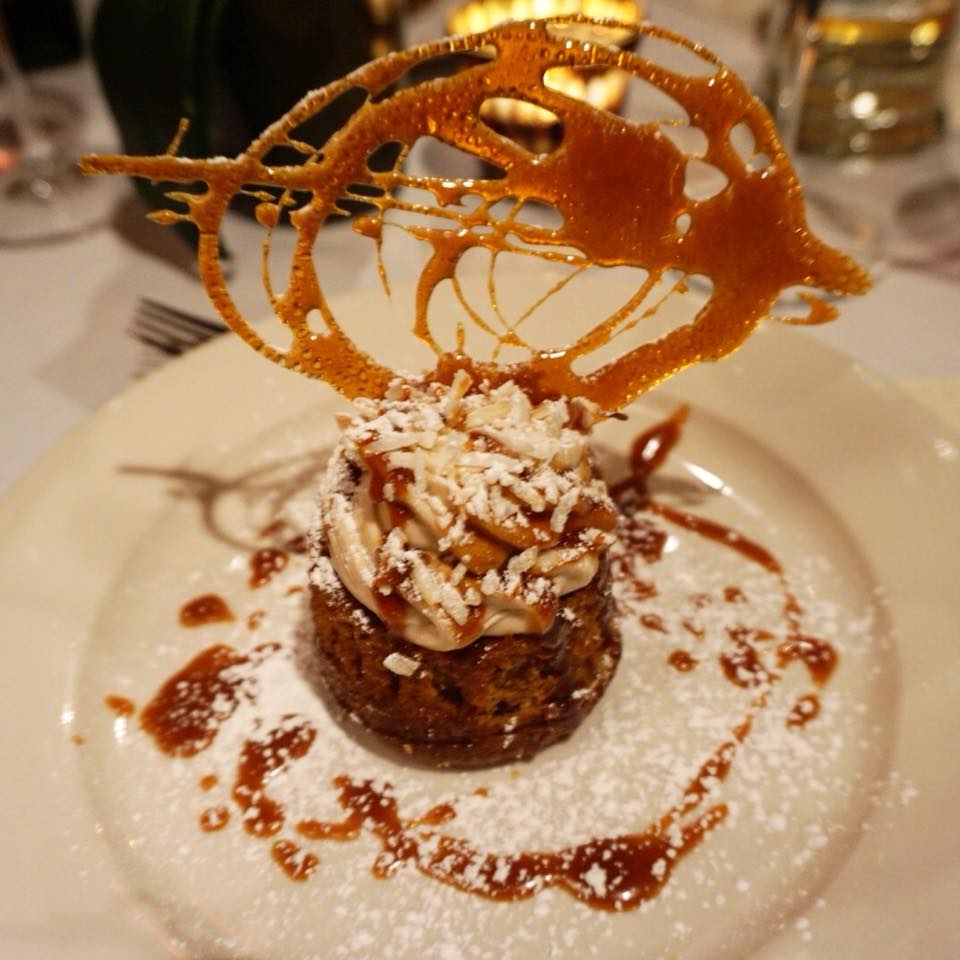 Now with two years of success under his belt at the Spoonbread in the Fan, Chef Hall was content, until he got word from a friend that the former Patina Grill on Lauderdale Drive had shuttered, and after some encouragement from his friend to check out the spot, he decided to dive in.

“I gotta be honest with you, I never thought about doing a second Spoonbread, I didn’t and I really hadn’t.” He was semi-familiar with the area because of a friend teaching at the 9Round, but it wasn’t until he noticed the name of a former colleague on the real estate sign that things really got on a roll.

“Believe it or not, a friend of mine that I use to work with when I was 20 years old, who worked with me at The Butlery is the real estate agent for this particular building, so when I saw the name, I was like, ‘I know Robbie, let me call him and see what’s up, so I gave him a call, he showed me the building, and I was like, ‘wow I kinda like this…we could do another Spoonbread,” Hall said. 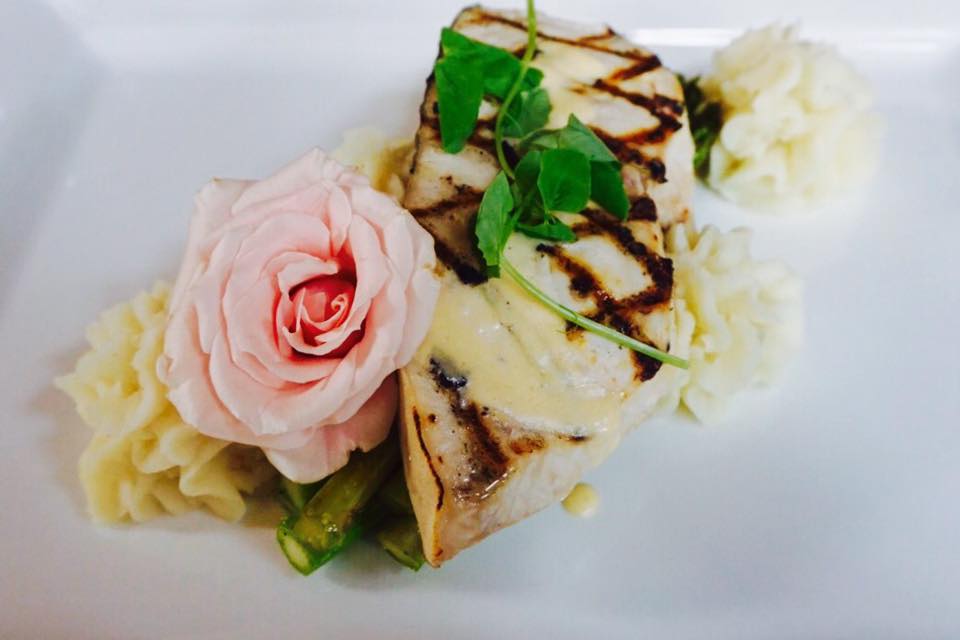 The location proved ideal since it is in a residential area, it sits about a mile off the main Short Pump Strip, and the larger space allows for a larger kitchen. “The kitchen is bigger here, which means the menu can be bigger,” he added.

So what can be expected on the new menu? Well, a filet coated with 24 karat gold. Because, why not?  “We aren’t doing it at the other restaurant, but we are doing it here…it’s like this gold nugget on your plate,” he said. “I think the menu is going to be a lot more fun because we have the room to do certain things.”

Some new options will include stuffed oysters, and a Carpetbagger, an oyster-stuffed steak. Of course, his other eye-catching dishes such as the duck dish with smoke, and their steaks on salt blocks, and the popular crab cakes and braised short ribs will also be coming over to the new spot. Hopefully, we will the more unique dishes such as the lobster pop tart and pork siracha and collard greens egg rolls come over to the second location as well.

Spoonbread Deux will open this Sat., June 16 for dinner from 5 pm to 11 pm, and expand with lunch hours after Father’s Day.