Hardywood West Creek, which is nestled on 24 acres overlooking Tuckahoe Creek just off of 288, held their groundbreaking on the property back in November 2015 and will finally open its doors to the public this April.

A cedar interior and exterior with high ceilings made of pine, all taken off of the property coupled with the lighting and architecture give the brewery a warmth, making it feel and look much more like a lodge or cozy cabin in the woods, but much bigger and with beer.

The 55,000 square-foot brewery features a 4,000 square-foot taproom, mezzanine area, outdoor patio and beer garden with a 60-barrel brew system which will allow Hardywood to produce 35,000 barrels annually at capacity.

Gov. Terry McAuliffe gave his final remarks as governor touching on the craft beer industry in Virginia, and its impact on the local and regional economy.

“This is really going to up the game for a lot of the folks in the craft brewery business,” he said of Hardywood’s new brewery and production facility. “This is a billion-dollar business for the Commonwealth of Virginia, it equates to hundreds of thousands of jobs…” 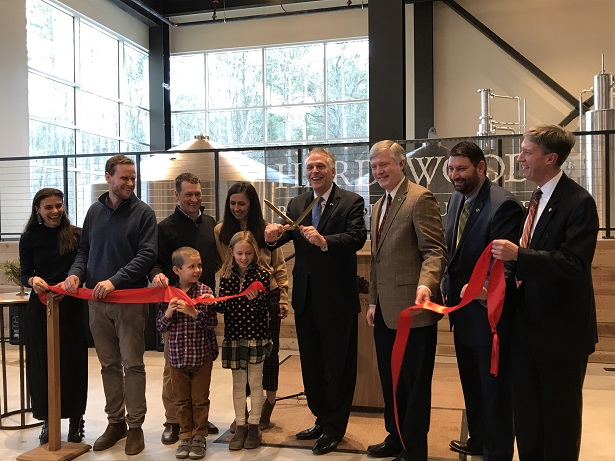 Of course, he also raised a glass one last time in honor of his personal love of craft beer.

“I’m going to give a little toast here, so one more time, my picture will be in the paper holding up an alcoholic beverage…I want to thank Eric and Patrick who made this day possible so they get it in while I was still the 72nd governor of Virginia…let’s have a toast to Hardywood and entrepreneurship, to the greatest craft brewery in the greatest state in the greatest nation on earth.” 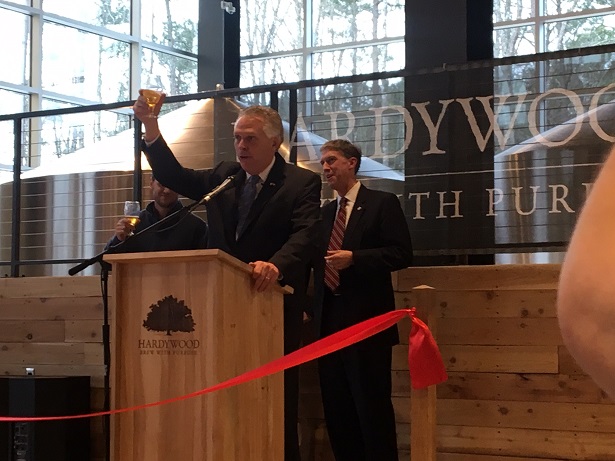 Co-owner Eric McKay echoed McAuliffe’s remarks on the economy and his support of the brewery since he’s been in office.

“I think, a lot of politicians sometimes get nervous when dealing with something with alcohol, I think he’s done a good job of seeing the bigger picture, and understanding how deep the economic impact can be…” he said. “Beyond that, something that Hardywood’s made a great effort to do, and hopefully we become stewards to a degree of, is sourcing as much local as we can,” he said.

At this location, Hardywood will have 18 beers on tap sourcing many of their ingredients such as barley, ginger, honey, blackberries, and raspberries from Virginia.

“Those are all things that are driving job creation and driving economic impact,” McKay said.

The West Creek location will start off brewing the flagships like the VIPA, Pils, and Hardywood Singel, along with the Virginia Roots Series, but co-owner Patrick Murtaugh said they will expand on their beers from there. 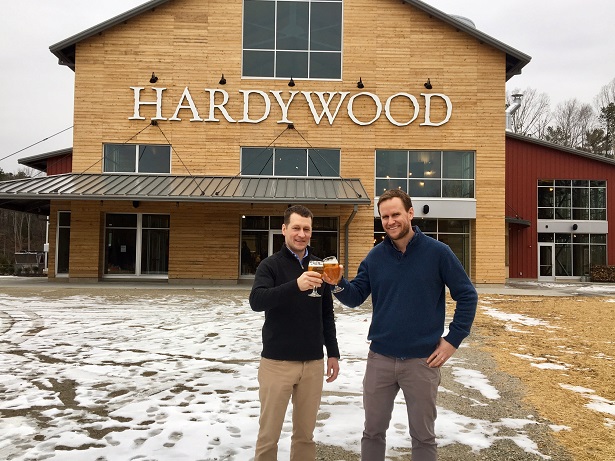 “Keeping our Richmond facility running too, that will help us brew some smaller-batch stuff that we can put on draft here and send some smaller production brews into the market,” Murtaugh said.

Murtaugh also mentioned a brew called Richmond Lager, which the two started tinkering around with this year, will get brewed there and be put out for distribution.

According to McKay, about 20 percent of the Scott’s Addition brewery’s visitors hail from out of state, and he expects that to continue at the Goochland facility, giving a big boost to the local tourism economy, along with the 60 jobs the $28 million facility will create. 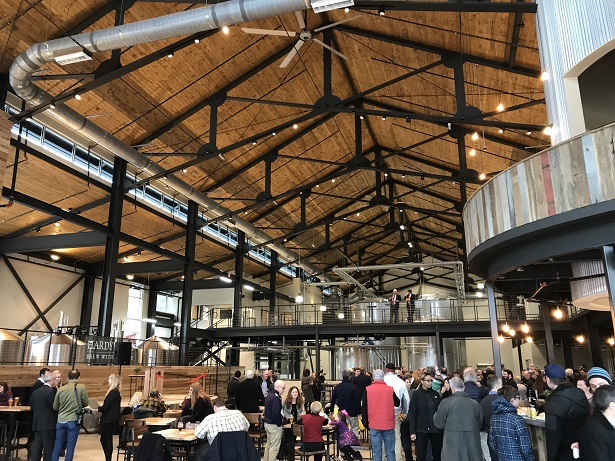 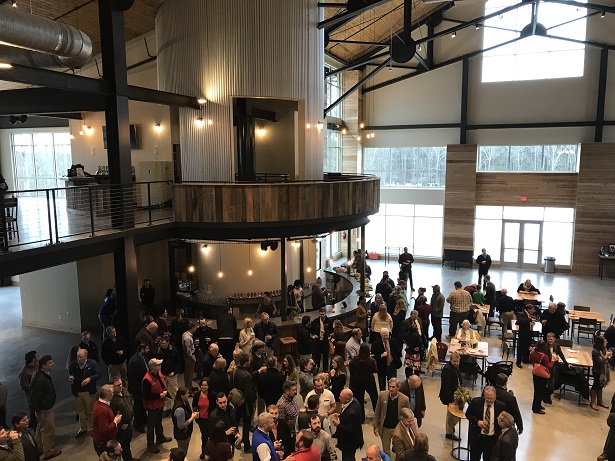 The Goochland facility will also allow them to host bigger events and potentially bigger acts, drawing more people to the area.

“A lot of our events are somewhat space constrained, here we’ll have the ability to host events indoors for 650 people, outdoors we could potentially host more than that. If we’re able to get a national act to come and perform here, we have the infrastructure in place, {and} parking to host pretty good crowds. Those are things we hope will draw people in from quite a distance away, who will then stay at local hotels, shop at local stores, and eat at local restaurants.”

Hardywood West Creek will mark the third location for the Hardywood Park Craft Brewery, which opened in 2011 on Ownby Lane. Their Charlottesville facility opened last February and the Goochland facility, located at 820 Sanctuary Trail Drive, will officially open April 6.