Every Friday night, RVA Mag drops one scorcher of a playlist curated by Virginia’s most influential artists, musicians, and institutions.

This time around we’re getting jams from an excellent local purveyor of dusted psychedelic grooves. Book Of Wyrms released their debut LP, Sci-Fi/Fantasy, a couple of years ago, and they’re currently gearing up to drop a full-length followup. Entitled Remythologizer, it’ll be out this summer on Twin Earth Records; the first single, “Spirit Drifter,” dropped earlier this week.

Their playlist shows that Book Of Wyrms know how long one weekend can be — they’ve filled it with songs that go well beyond the five-minute mark, and even a back-to-back trio of 20+ minute epics! Whether you love stoner metal, space-faring psychedelia, mind-expanding jazz, or good ol’ hard-rocking grunge, you’ll have plenty of awesome sounds to keep your head nodding throughout this wonderful spring weekend.

Set controls for the heart of the sun, Virginia.

No BS! Brass have won over a lot of local music fans with their lively arrangements that incorporate a traditional jazz flavor with modern elements taken from punk rock, hip hop, funk, and soul. Having recorded five albums and several cover singles since 2007, every member of No BS! Brass has proven skill and experience in their craft.

The performance began with a set from opening band Big No, which was as stimulating as it was nostalgic. Their combination of psychedelia and traditional rock and folk sounds blended beautifully in recent singles like “Life on a String” and “When I Think Of Heaven.” 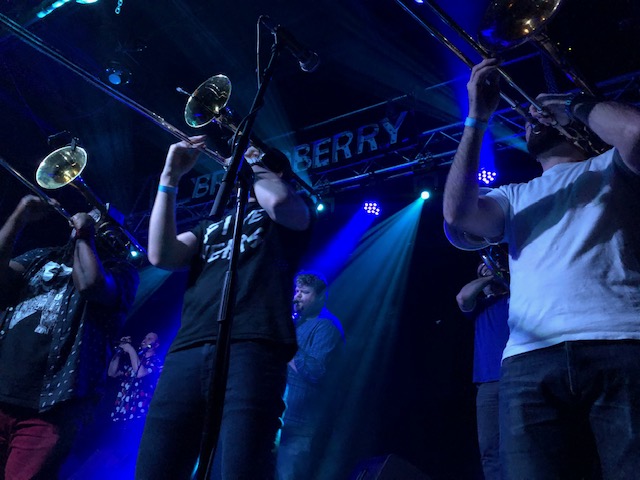 No BS! Brass took the stage next, and electrified the crowd with their performances of “Everybody Wants to Rule the World” by Tears for Fears, their very own “3AM Bounce,” featuring local rapper Chance Fischer, and many more hits to keep the audience raving.

Throughout the night, the band’s stage presence paralleled the audience’s intense energy, and by the end of the night, they left nothing to be desired. As the evening ended, it was apparent that No BS! Brass Band remains RVA’s own perfectly-crafted treasure, one that remains extremely beloved in the city.

This article was featured in RVAMag #22: Fall 2015.
END_OF_DOCUMENT_TOKEN_TO_BE_REPLACED