The crew behind downtown Richmond’s Kabana Rooftop and Belle have joined forces with a well-known restaurateur and a major R&B singer to bring two concepts to life in the fall.

Neal Patel and Kunal Shah have leased two adjoining spaces on West Broad Street to open Nama, an Indian restaurant with Chef Mel Oza serving at the helm, along with a pop-up bar called Switch that will feature rotating themes every few months.

Nama will offer family-style shared plates ranging from $11-20 to give patrons the opportunity to experience more than just one entree per person.

“When we say shared plates, people generally think of really small portions, like tapas, which is not what we’re trying to do. There are many dishes from India that make kind of mini meals for an individual or are good to share with people,” said Oza. “Sharing is a big part of Indian culture, it’s actually considered rude to order something and not share it with others at the table in most dining situations.”

While curries and tandoori will make their appearance at Nama, Oza said the restaurant will instead focus on a variety of street foods and delicacies from different regions of India.

“Street food in India used to be very risqué in terms of hygiene. A lot of progress has been made in recent times as the lifestyles are getting busier and people need to eat out more,” Oza said. “What we are trying to do at Nama is similar to what people would generally enjoy eating out. The full-on meals that involve the works are reserved for certain occasions or settings. An average person would rather have chaats, pav bhajis, street side kababs or pulaos [rice dish]. These kinds of dishes serve the purpose of stimulating your taste buds and yet comfortably satiating you. Restaurants offering similar cuisine are becoming really popular in the UK and big cities in the western world.”

Oza has been cooking since the late 90s in the UK and later in the US. He served as the chef for contemporary Indian restaurant, Copper, in Charlotte, North Carolina before coming to Richmond in 2009 to pursue other restaurant ventures, including Carytown’s Curry Craft, which sold two years ago after four years in business.

Patel and Shah have wanted to bring an Indian concept to Richmond for quite some time, aiming to offer something a little different than other Indian restaurants that are currently in the market.

“We want people to have the option of coming to an Indian restaurant and not getting filled up by a single curry dish,” Patel said. “If you want to come in and have some craft cocktails or great wine or beer and try a few different plates off the menu, our goal is to create a little bit of a fun and lighter atmosphere. With most concepts we want to introduce, it is all about creating a fun social dining experience.”

After meeting Oza, the group worked on the idea for two years before leasing the space at 15 W. Broad St.

“We had a lot of variations and ideas for what we wanted to do, and my sister actually drafted the initial conceptual menu.  Since partnering with Mel that initial vision has morphed into something much greater than we ever expected from a culinary perspective,” Patel said of Nama.

Rounding out the initial investors in Nama, is R&B artist, Jay Sean. The singer knew Shah threw his early promoter days and according to Patel, was enthusiastic about becoming involved in the early stages of development.

“Jay has a great relationship with Kunal. Early in Kunal’s professional career he owned a production company that managed Jay Sean in the US, and they have maintained their friendship for 10 plus years since then,” he said.

Their second concept, Switch, if the name didn’t give it away, will be a pop-up bar with a rotating theme every three, six, or nine months. Patel said the group wanted to bring the concept to Richmond after seeing it take off in bigger markets, citing DC’s wildly popular and seasonal Cherry Blossom pop-up bar as inspiration. 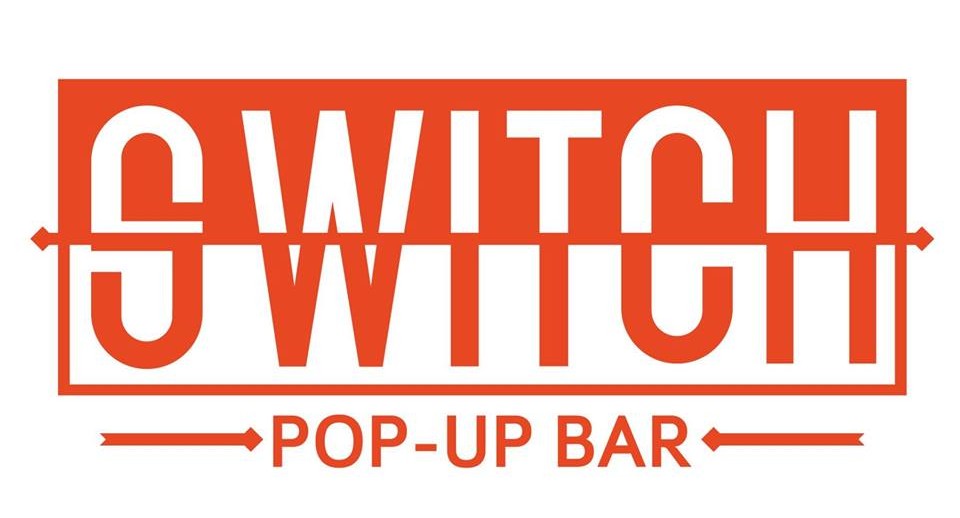 “Pop up bars have been growing in popularity, especially in Chicago, DC, LA, New York,” he said. “Kunal and I have experience in the DC market, and so, we had always been looking for a space to give Richmond what we consider to be its first true pop-up bar.”

The bar, located next to Nama at 13 W. Broad St., will serve cocktails and small bites which, along with the decor, will play off of each theme. As far as themes for the pop-ups, Patel mentioned Halloween or Christmas as potential options, but didn’t want to reveal any details just yet.

“Probably in the next month or two, we’ll start dripping teasers out,” he said. The restaurant and events group also plans to incorporate a second theme into the downstairs portion of Switch to host two separate concepts at the same time. To execute their vision for each theme, Patel and Shah have recruited Richmond interior design firm Lost Art Studios and commissioned local artists for the design and decor.

“Richmond is known for its artistry, and that strong local art scene we have, so we want to partner with a lot of local artists whether it’s for murals or design pieces that are featured in Switch, because when you think about these pop-ups, you’ve got to be able to shut it down and open it back up in a couple weeks with a brand new theme,” Patel said.

Jesse Smith of Loose Screw Tattoo was tapped for a mural for the first theme, which Patel is keeping under wraps for now, but be on the lookout in the coming weeks for hints on their social media.

The group hopes to have both Nama and Switch open by November.