The arrival of Richmond Wine Station, a retail outlet and tasting room with self-service wine options, is a refreshing concept to the brewery-heavy Scott’s Addition. It’s a popular model in California and Colorado, but a young one on the East Coast and a first for Richmond. We visited the Broad Street storefront last week to learn more, and try a little wine of course.

The wine bar is built around a namesake technology called WineStations. The stations hold four vertical bottles in temperature-controlled environments, using argon gas to maintain freshness. This is the first spot in Richmond built around them, inspired by a trip to South Carolina, where general manager Bill Hartsock saw a smaller operation on Kiawah Island. 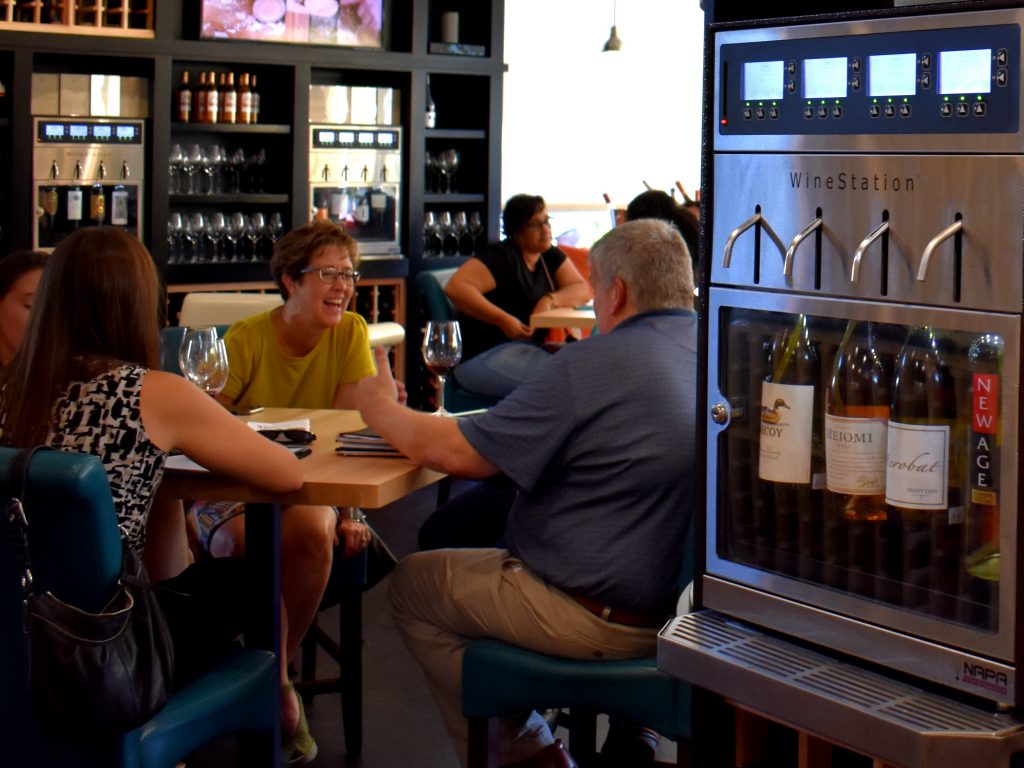 Richmond Wine Station has 16 units housing 4 bottles each, for a total of 64 wines, which are organized around style and flavor. Unlike a brewery, patrons show ID at the door; once in, there is no bartender.

Purchases are made from two types of smart cards; either a pre-paid, reloadable membership card, or a bar tab style card linked to a credit card. At the machine, patrons choose from single-ounce tasting pours, half glasses, or full glasses. Tasting pours are under $2, with glasses usually between $5 and $7. 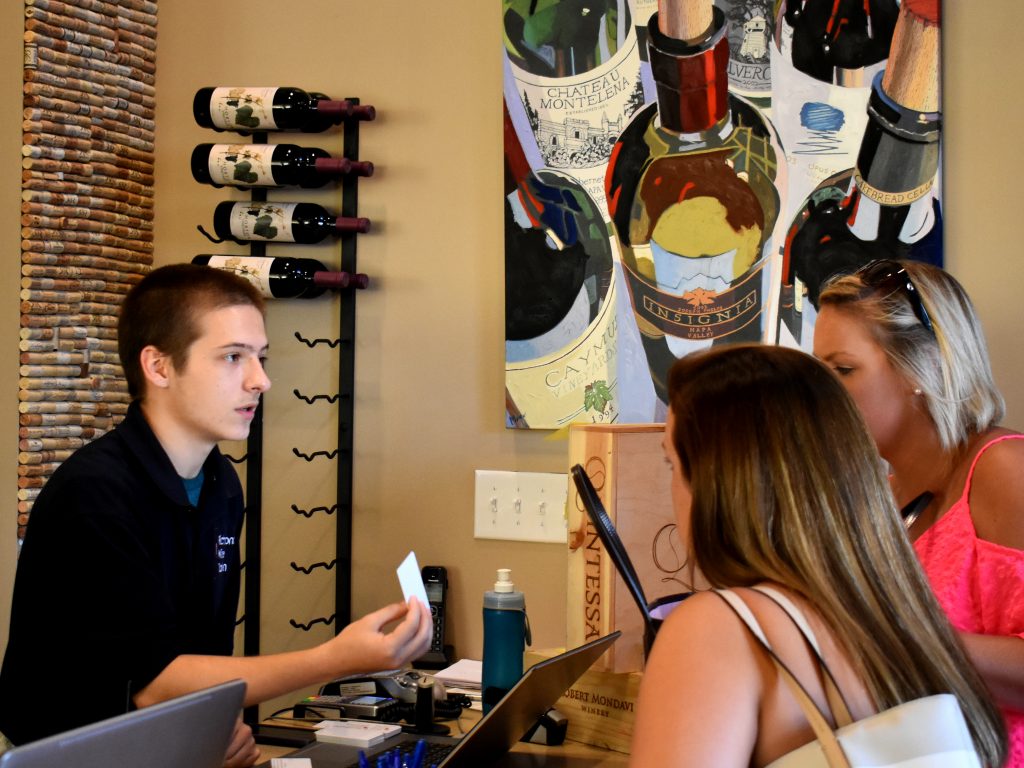 Wines on tap can also be purchased in bottles, sold at retail prices. Patrons can drink from the bottle on-site or take it home. City permitting has delayed food, but Hartsock assures it’s coming soon. He’s working with neighbor Mosaic Catering and Events to offer traditional vineyard fare. Cheese, charcuterie, spreads, breads, and crackers will be among the offerings. 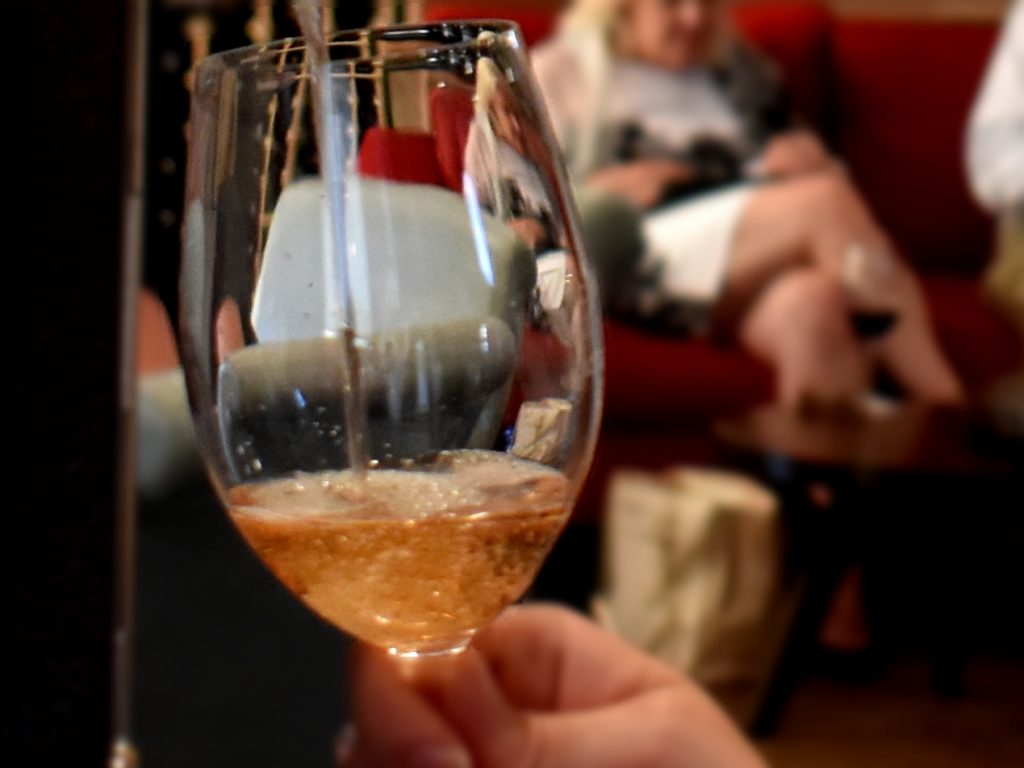 Recommendations are offered, aided by Hartsock’s sommelier background and the dispensing machines tracking capabilities. Merlot and Pinot Noir drinkers alike can feel at home; Hartsock assures that his recommendations are judgment-free.

Not to worry craft beer enthusiasts that get pulled there by their wine-loving friend, spouse or significant other, there’s something for you too.  A different card provides access to eight taps of beer, from a variety of suppliers at Richmond Wine Station.

Many patrons seemed to come on foot from the neighborhood, but they have bike racks and car parking too. Friday and Saturday nights are busiest, but they are open daily from 3pm to 11pm, 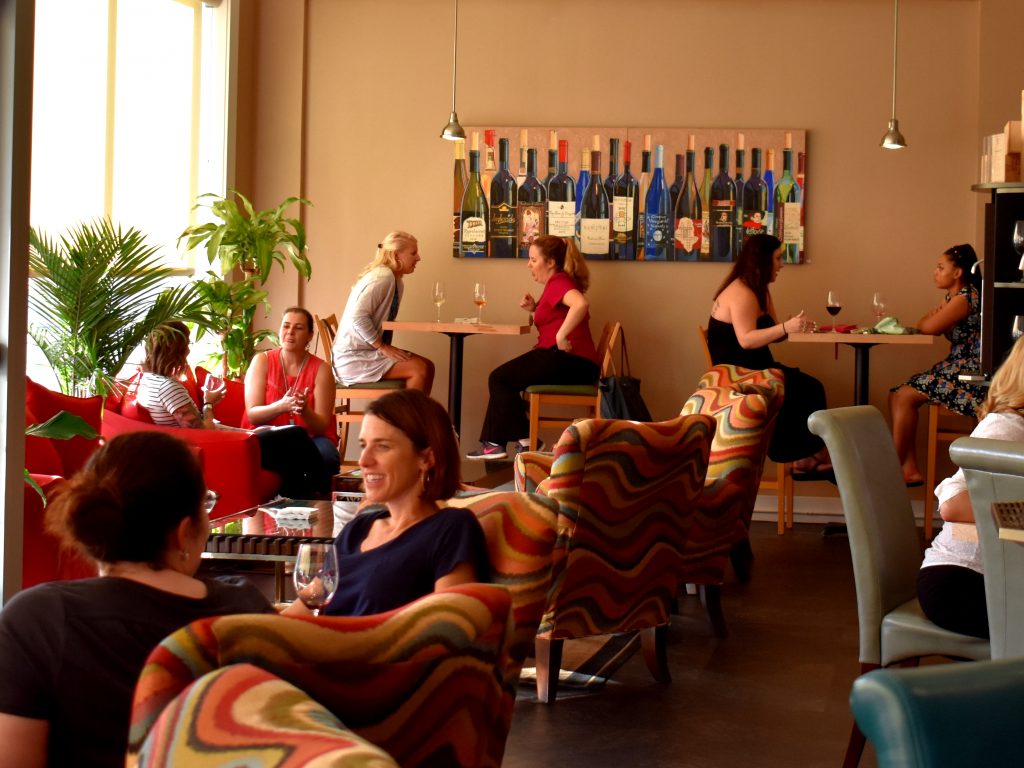 It’s all very cozy, with a striking lack of cellphones and laptops. Despite the free wi-fi, the only cell phone I saw was mine; everyone else was too busy enjoying the ambience, their company, and the wine. Richmond Wine Station is located at 2930 W. Broad St.