Nobody is happy with the Green New Deal. Both conservatives and progressives have criticized it for being unrealistic, or not specific enough. But one thing is clear: people are finally talking about climate change. Alexandria Ocasio-Cortez and Sen. Ed Markey said it is necessary to mobilize the country the same way we did during World War II. The reality is that there is no planet B. So the question is: How much are we willing to fight to save the only planet we have?

“If there is any national emergency in the country it is not immigration, it is climate change,” Zachary Brown, state senate candidate for the 10th district of Virginia, told me in an interview. He is not the only person in Virginia who supports the Green New Deal. In fact, many politicians and economic, environmental, and social groups came together last December to introduce Green New Deal Virginia. Del. Elizabeth Guzman, who represents Virginia’s 31st House of Delegates district, and Sam Rasoul are the founders of this project.

Guzman told me that she believes the Green New Deal makes it possible to achieve 100 percent renewable energy in Virginia by 2035. She said that the technology exists, and other countries like Iceland or even Costa Rica, a third world country, have already made this transition. That goal is even more ambitious than the GND, which aims to transition to 100 percent clean, renewable and zero-emission energy by 2050.

Dominion Energy is the largest provider of electricity in Virginia. On their website, they advertise themselves as a clean, reliable, sustainable energy. Nevertheless, their goal is to achieve only 15% renewable energy in Virginia by 2025. Because, Guzman told me, it is not their priority. She said Dominion is making more money with fossil fuel energy than offering renewable energy. According to Guzman, Dominion Energy is overcharging customers by hundreds of millions of dollars every year.

Renewable energy requires an investment, but it is cheaper in the long term. So, is it because there is not enough money that companies are not investing in clean energy? That is difficult to believe when the President and Chief Executive Officer at Dominion Energy is making more than $14 million a year.

Money is the only reason for politicians not to support a transition to 100 percent renewable energy, according to Brown. He explained that people who have an interest in financially maintaining the current energy system, those who work for the fossil fuel industry, are giving large campaign contributions to political parties. In 2018, Dominion Energy donated more than $5 million to the Democrats and more than $6 million to the Republicans, according to the nonprofit, nonpartisan Virginia Public Access Project. Brown believes that every candidate who is serious about combating climate change needs to pledge not to take any campaign contributions from people like Dominion Energy.

The Green New Deal is not the first climate-change-related proposal from the Democratic Party, but so far, it is the biggest step forward in the fight against climate change. The proposal is a start. It has put climate change discussion on the table. What we need to do now is make sure that we are implementing specific policy proposals from this broad idea.

The Green New Deal is bold, because the situation requires us to be bold. Climate change is not a joke. It is going to require a lot of money, energy, and resources to save our planet — our only planet.

As the first Muslim-American in the Virginia General Assembly — and the first to sign a pledge against taking public interest donations — Roanoke Delegate Sam Rasoul wants to eliminate money’s role in politics.

According to the Center for Public Integrity, Virginia is one of nine states that do not have an ethics commission to oversee the number of donations given to politicians by special interest PACs (political action committees) and lobbyists. Because of this lack, Virginia has become one of the worst states for the influence of money in politics.

Rasoul set himself apart from his fellow legislators by being the first elected official in Virginia to pledge not to take donations from special interests. “The possible influence of accepting money from those entities is not a thought or consideration,” said Delegate Lashrecse Aird, Rasoul’s seatmate during General Assembly sessions. “He has taken the extra step so that his constituents know he is there because of them.”

Six other members of the General Assembly have followed his lead since his initial pledge. Along with Rasoul, some of them have formed a group known as the People’s Caucus: a group of legislators determined to preserve the people’s interest.

Following the 2016 election, the public trust in the government reached an all-time low at 18 percent, according to the Pew Research Center.

Rasoul is working to earn back that public trust: through local grassroots movements, he’s pushing to change the political landscape and leads community impact training in Roanoke (which open seminars to potential public officials on how to run free-to-the-public campaigns).

The goal: Show members of the community how they can be leaders. Whether it be in politics or through outreach efforts, the idea is to show citizens how to positively impact their own neighborhoods. The campaign is run by The Impact Center, an organization in Roanoke designed to enrich the local community.

A child of immigrants, Rasoul moved to Virginia at a young age. Growing up in Roanoke allowed him to set up a strong community following for his political career later in life.

The delegate never dreamed of being a politician, until 11 years ago when he found himself running for Congress. With the decision that would permanently change his career path, Rasoul saw great adversity.

“I have always been in an extreme minority,” Rasoul said in an interview this year. “I don’t get frustrated; I just keep my head down, and try and get as much work done as I can.”

Being a Democrat in a Republican-dominated House, Rasoul has seen many setbacks, with only a small percentage of his bills being passed. His positive attitude in the face of adversity has helped him implement his idea of “good government” — a practice, he insists, that serves the public interest.

Tapping his feet against the carpet, Rasoul reflected on the passion of his work. “We need to aggressively find ways of making sure the people are empowered,” Rasoul explained, “and that special interests aren’t undermining the will and the voice of the people.”

Rasoul has taken on a multitude of roles in his lifetime including being a father — a role that has given him a different perspective on his years of work towards bettering the education system.

“Education as a whole is lacking in the innovation we need to become more successful,” Rasoul said, elaborating that childhood success weighs heavily on the early development stages.

“We have our priorities flipped on their head,” Rasoul said. “I think putting a lot more energy and emphasis into early years is critical for increasing IQ, increasing their income over the course of their life, and decreasing their criminal interactions.”

Rasoul has drafted several bills regarding education. Earlier this year, he introduced a bill that would amend the Virginia Constitution to allow 16-year-olds to vote in local elections.

Rasoul and his supporters argue that letting 16-year-olds to vote will allow them to have equal representation, as local government and the school board affect high school aged students. The measure hoped to increase overall voter turnout and help inform young voters about government practices.

Although this bill died in committee, Rasoul explained that this was only an introduction.  He will reintroduce it and, if passed, the public will vote on it in a constitutional referendum in 2020: the same year as the next presidential election.

Rasoul also argued against privatization of public schooling, noting his belief that most models for privatization do not work, and they specifically would not work for Virginia. A recent report issued by the Schott Foundation for Public Education and the Network For Public Education found that 47 states have either a voucher or charter school program, 33 of which allow those programs to be run by for-profit companies. Only one of those states requires schools taking vouchers to provide services for English-learning students — students that, as of Fall 2015, made up 8.5 percent of Virginia’s public school enrollments.

“We need to strengthen our public school system, and put mechanisms in place to encourage aggressive innovation,” Rasoul said. “We have to find ways to take care of our teachers, because when we do, they will take care of the students.” 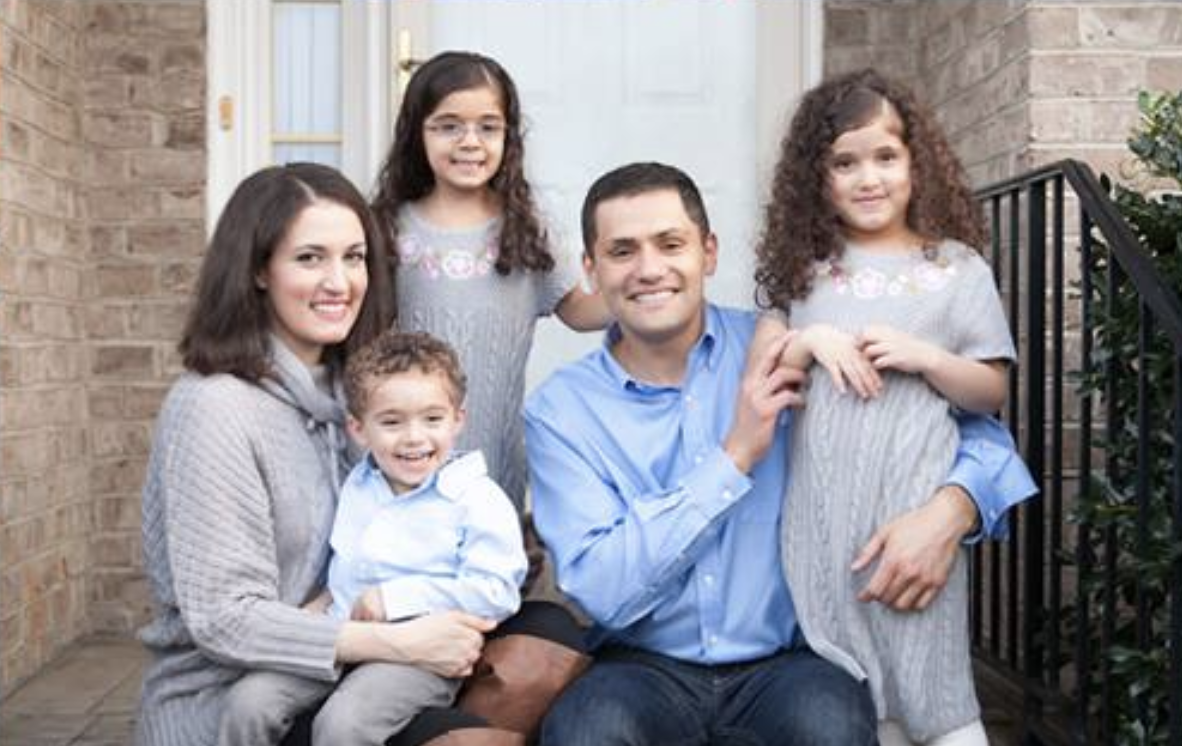 A firm believer in taking care of any work staff, Rasoul states that it is essential to have well-versed employees to support an institution.

Amalea Deegan, Rasoul’s community outreach liaison, attested to this from her work with the delegate.

“He starts off every day asking, ‘What is the office’s mission?” Deegan said, “and it is to help as many people as possible. If we are doing anything that isn’t achieving that goal, then we’re not going to do it.”

In Deegan’s time working with the politician, she believes he has made her a better leader.

“He takes on a mentor role,” Deegan said. “He actively tries to improve the people who are working for him.” Rasoul’s office is nestled in the heart of Richmond, and he worked on the Northam transition team leading up to the governor’s inauguration. His desk is neat and orderly, his walls decorated with pictures of friends, family, and people he has met along the way.

Among the relics, a homemade painting of the Roanoke star hangs, a memento of home. The star overlooks Rasoul’s home city of Roanoke from its perch, high on Mill Mountain, and is visible from anywhere in the city. The painting in his office acts as a reminder of the people Sam Rasoul strives to represent, and the reason he is working to dismantle corruption in government.