Nico Cathcart’s newest exhibition, “Symbiotic Systems,” is a memento mori in the age of climate change. Currently open through November 8 in the Cultural Arts Center of Glen Allen, the exhibition features paintings of human skulls enveloped by natural forces: shifting water, melting ice, and colonies of bees and monarch butterflies.

Cathcart, who paints murals and street art as well as traditional paintings, says she tends to focus her work on environmental issues and women’s empowerment.

“I do a lot of environmentally conscious work,” Cathcart said. “I’ve been playing with the idea of talking about environmental issues for years.”

A lot of the paintings in Cathcart’s exhibition feature skulls as a nod to memento mori — “remember that you will die” — a concept in art history meant to highlight the inevitability of death. She intertwines natural images with the human skulls to remind viewers that they are inextricably connected to the environment.

According to Cathcart, all her paintings start out as sculptures. She uses a model human skull to stage the images she wants to paint, a process that can take a long time.

To make the underwater effect of the painting titled “Oceans Rise, Empires Fall,” Cathcart put the model skull in a fish tank with blue-dyed water. She used a wave-maker and high-speed photography to capture just the right moment for the piece.

For the ice-themed paintings titled “Glacial” and “Ice Melt,” which focus on the melting of glaciers, Cathcart grew borax crystals on the model skull to resemble crystals of blue and purple ice.

“I like going the extra mile with my work,” Cathcart said. “I approach all my projects like a scientist.”

She is currently working on a way to create a smoke-themed skull painting to reflect this summer’s west coast wildfires — and is thinking about using smoke bombs and high-speed photography to capture this effect.

Cathcart says that glacial melt, depicted in the paintings titled “Glacial” and “Ice Melt,” are what caused the intense hurricanes that hit Norfolk this summer — the inspiration behind “Oceans Rise, Empires Fall.”

“It’s a whole interdependent system, which is the idea of ‘Symbiotic Systems,’” Cathcart said, “Everything that happens is interconnected.”

Some of the paintings in “Symbiotic Systems” include birds, a trademark of Cathcart’s work. She uses birds as a motif in her art to address her ongoing hearing loss, which she says she began to notice when she could no longer hear the sounds of birds while hiking along the James River.

“I like to feature birds because they symbolize resilience, and it’s a little nod to my own experience and my own struggles,” Cathcart said.

Cathcart considers activism integral to her art. This has led her to make political statements in her work, but also to use art to help community organizations.

Earlier this year, after COVID-19 hit Richmond, Cathcart began a T-shirt fundraiser with other local artists and partnered with RVA Magazine to raise money for Feedmore.

“When the whole COVID thing started to happen, because I’m an activist, I turned to ‘What can I do to help?’” Cathcart said.

Feedmore is a food pantry that provides hunger relief to Central Virginia. The organization has been giving meals to students who would normally get fed at school, but due to Richmond Public Schools shutting down, are virtually learning from food-insecure homes.

Cathcart partnered with the company K2 Custom Tees and other local artists to sell printed T-shirts. Cathcart selected the artists who would design the shirts, but allowed them free rein over what their shirts would look like.

“Mine is a woman with a mask on, facing up, and it says ‘Together Apart,’” Cathcart said. “I do a lot of curation work in the city, so I have contacts and friends who are also visual artists. I contacted them to make a shirt design, and said they could do whatever they want.”

So far, the T-shirt fundraiser has raised $2,600 for Feedmore.

Both the Feedmore fundraiser and “Symbiotic Systems” show Cathcart’s concern for the issues happening in the world around her.

“I believe art has the power to create change,” she said.

Cathcart’s artwork is also being shown in the joint exhibition “Unknown Outcome” at the Hermitage Museum in Norfolk through October 2. 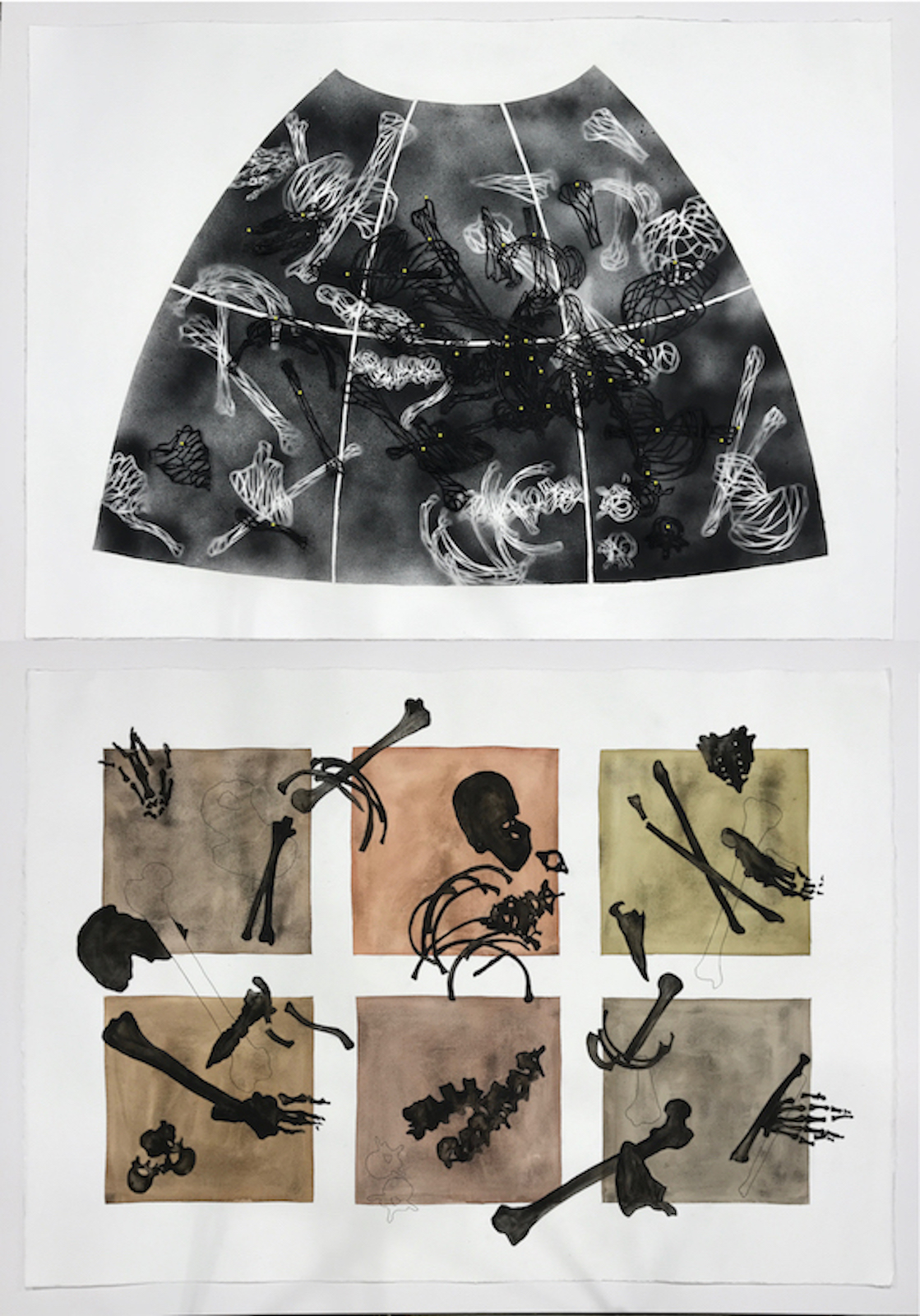 Hoss Haley, a longtime artist based in Asheville, North Carolina, will bring his three-dimensional art to the Visual Art C
END_OF_DOCUMENT_TOKEN_TO_BE_REPLACED