We’re still a few weeks away from Christmas, but considering the radio has been going ham on holiday music since before we ate all the turkey leftovers, I suspect we could all use a change of musical scenery. If this is literally you, you should seriously consider heading to Strange Matter Sunday to catch Sad13, Vagabon, Emily Reo and Told Slant.
END_OF_DOCUMENT_TOKEN_TO_BE_REPLACED

END_OF_DOCUMENT_TOKEN_TO_BE_REPLACED

I’ve spent the better part of twelve years in this town. I’ve been privy to all sorts of cultural and artistic change that has evolved throughout. I think people can generally spend an absurd amount of time waxing poetically and potentially glorifying the successes of a year that has passed. Perhaps, I am guilty of said practice. In this case, I think what I’m about to write down is a sincere and honest truth. 2014 will be remembered as the year that Richmond finally figured everything out. When people ask me about 2014, these will be the moments I immediately mention and wish I could revisit. 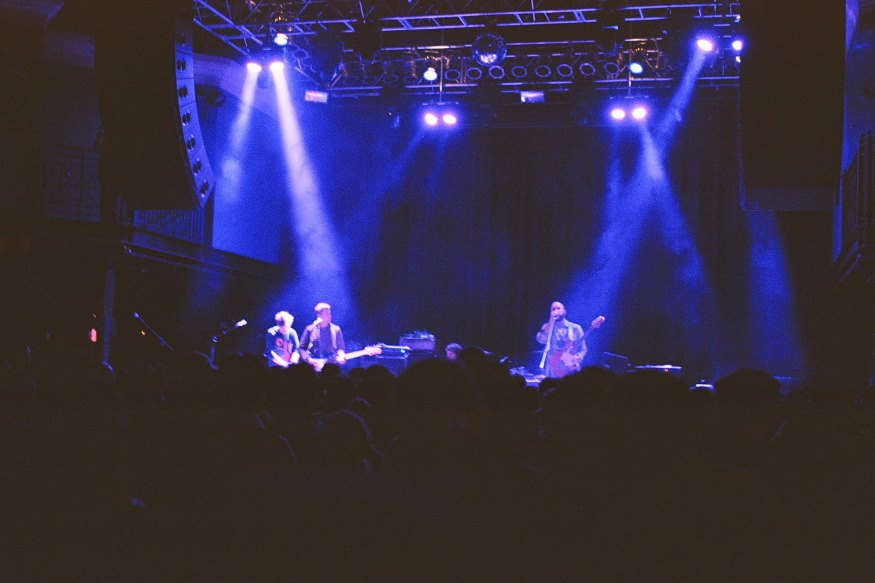 White Laces spent the better part of this year celebrating their greatest achievement. Trance is a record that any band would dream of creating. Fortunately for us, White Laces were those creators, and they were able to share it with audiences around the country. When I heard the news that they would be the main support for The War On Drugs throughout their North American tour, I wasn’t surprised. I felt the satisfaction that any longtime fan of a band feels. This was a defining moment and it really hit home when the band ventured to the 9:30 Club to celebrate this. Several Richmond artists have played this stage, but none have affected me as much as seeing White Laces play one of their best sets. It made me begin to realize that our compact city might be on radars we weren’t even aware of–and that’s incredible.

Any imprint is essential and Richmond found it’s way. Labels like Jellowstone and Bad Grrrl were not only releasing some of the finest music of the year, they were establishing themselves as monuments of the scene. Look at Butcher Brown or Heavy Midgets or Tungs or DJ Harrison or The Milkstains and you have a perfect insight into how diverse our scene is–and on top of that, how splendid it is to call any of this our own.

I could write about every single release that came out this year and how incredible they all were. Instead, I am just going to write a formal thank you letter to every single band that put out a record this year that I loved playing on my radio show, or just wandering around this city utilizing it as a perfect soundtrack. Here’s a short list of bands that just mesmerized me this year:
Way, Shape or Form
Christi
Lady God
Avers
Sundials
Navi
Brown Piss
Bermuda Triangles
The Milkstains
Heavy Midgets
Tungs
White Laces
Butcher Brown
Basmati
MUTWAWA
Ben Shepherd
S.L.A.
Sleepwalkers
Lightfields
Sports Bar
Black Liquid
Noah O
Night Idea
Houdan The Mystic
Various Eggs
The Awesome Few
Ohbliv
Black Girls
Microwaves
Manatree
Hoax Hunters
My Sister My Daughter
Josh Small 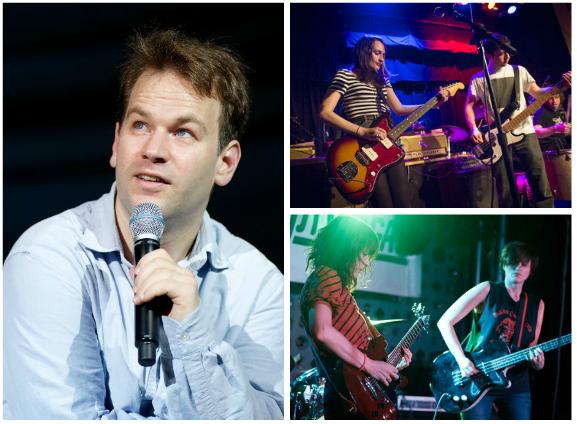 My Two Favorite Shows of the Year

I think comedy is something that has defined my entry into my thirties. I am drawn to it in a way that I can’t really explain. Making someone laugh is a beast that just feels incredible. For me, no one can make me laugh as hard as Mike Birbiglia. Not only did I get a chance to interview this comedian, but I caught his set in May at the Carpenter Theatre and it was fantastic. Whether it was the tales spent describing experiences being arrested, sharing the stage with the Muppets, his cat Ivan’s new favorite toy, or how David O. Russell will probably never cast him in one of his films, each section of his new hour felt inspired and just made me want to figure out how to do that thing that he does.

The other show happened by accident. Speedy Ortiz and Ex Hex were slated to perform at Strange Matter and I squandered my opportunity to get tickets. It didn’t sell out but I had accepted the fact that I would not be attending said show. After a short set at the Coalition Theater, I ran by Strange Matter and a friend of mine offered me a ticket to get in. As random occurrences go, this was one of my favorite shows of the year. I went in knowing nothing about Ex Hex and left a gigantic fan. Their performance was hands down one of the most fantastic moments I’ve witnessed on stage this year. And Speedy Ortiz quickly became one of my favorite bands after seeing them. If I had missed this show, I have no idea where my head would be at. It was just one of those nights that were probably just another night for most people. For me, I was colored impressed.

I had the honor of performing at this festival at Hardywood. Clair Morgan got to join the likes of Lightfields, The Trillions, Night Idea, Dumb Waiter, Houdan The Mystic, The Green Boys, Heavy Midgets, Hot Dolphin, The Snowy Owls, and several others. I think we did an alright job of entertaining the folks. But for anyone who played that day, we all know one honest truth. The day and the night belonged to Navi. They were possibly the most outrageous band to perform at the festival and they simply owned it. The crowd went crazy in such an unexpected way that it was simply beautiful. Bodies flying through the air and the duo were just eating it up. At one point–it has been well documented–a group of older women decided to run on stage to join the band. I have no idea what their intentions were. This didn’t deter Navi from just going harder and letting them in on all of the chaotic fun. Every once in a while, you get to sit back and watch a set from a band that just annihilates all of your senses. For that day at Hardywood, Navi captivated an audience in a way that just left me mesmerized.

WRIR and The Commonwealth of Notions Present: Volume Four

I’ve been doing a radio show for something like six years now. I constantly joke about how this radio show has lasted longer than most relationships I have been in (this is usually met with a frown or two, despite my intentions of aiming for a laugh). In 2011, I decided to develop an extension of the program through an event. This past July, I finally felt like it had really come together. This isn’t meant to be me bragging; this is just me mentioning some cool things that happened over the course of that weekend. Lightfields covered Archers of Loaf and Sundials reminded me why they are one of my favorite bands. The Snowy Owls covered The Smashing Pumpkins and MUTWAWA fit on an eclectic bill. My Sister My Daughter astonished me at Ipanema and Hypercolor may have said goodbye. Todd Herrington’s Things made a strong claim for being one of the best outfits in town and Microwaves introduced themselves. Heavy Midgets reminded me why they are one of my favorite bands in town and Nick Woods came home for a second. Hot Dolphin played to a sweaty Strange Matter and I saw the closest thing to a Homemade Knives reunion. I now have to work even harder to make Volume Five better, and I think I might just pull it off. 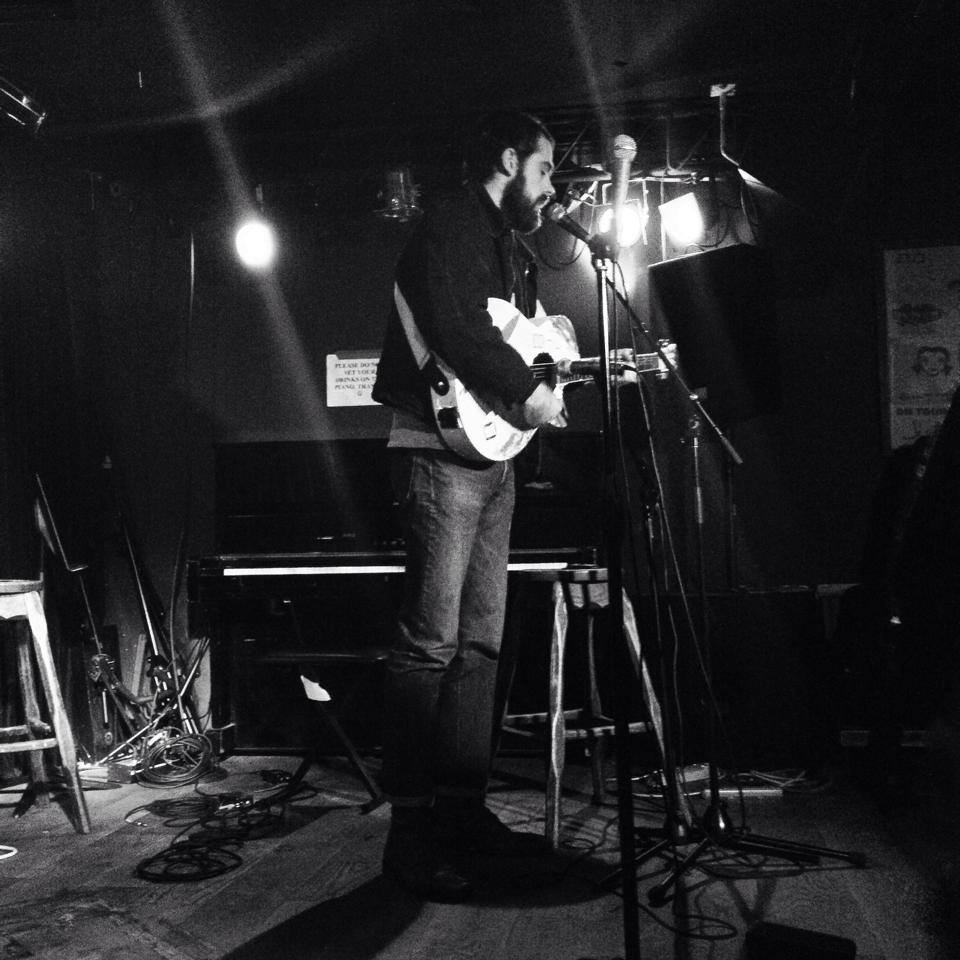 A week before my festival, I ventured to Charlottesville to see Avers and The Trillions perform. On the car ride back, we listened to records. It was in this moment that I was reminded of one release and how it was quite possibly my favorite of the year. I’m talking about Benjamin Shepherd’s Eleven For The Road. In a time where post production is a key element for recording, it seems almost old fashioned to record an album live and in one take. Shepherd walked into Montrose on a winter night and did just that–and the end result is incredible. A seasoned songwriter who is acclaimed by many in town, this was a crowning achievement for Shepherd. It was a moment where Richmond began to take notice of his talents and became aware of the treasure they had in close reach. If you have not checked out this release, do yourself a favor and spend the better part of 2015 catching up on what is easily one of the best records of 2014.

I went on an adventure one night. The destination was the Virginia Moonwalker and we were there to celebrate a proper unveiling of Lady God. It was freezing. It was ridiculous. It was spectacular. Whiskey flowed as The Milkstains opened the evening and Lady God closed things out. There were fire dancers and this warmth that was shared by just about everyone. We were out in the middle of nowhere and we were experiencing something that we were privileged to talk about. Sometimes, you spend a great majority of your time focused on what you are missing out on and where else you could be at any given moment. For this night, there was nowhere else that any of us wanted to be and it felt perfect.

And that about covers it. Thanks for all of the memories from 2014; I think 2015 might be even more ridiculously awesome!

FEATURE SHOW
Thursday, November 6, 9 PM
Speedy Ortiz, Ex Hex, Sundials, The Ar-Kaics @ Strange Matter – $10 in advance/$12 day of show (order tickets here: http://speedyhex.eventbrite.com/)
OK, so it probably isn’t news to anyone reading this that rock n’ roll is alive and well in the year 2014. While it’s always awesome to see bands do some completely new thing with music, it’s not always necessary–just doing the tried-and-true rock thing well is enough to make any band worth your time.
END_OF_DOCUMENT_TOKEN_TO_BE_REPLACED

Sure, Speedy Ortiz could easily be written off as just another band everyone listens to just because Pitchfork says they’re cool. If you actually do listen to them however, you’ll understand why they receive all the hype they get.
END_OF_DOCUMENT_TOKEN_TO_BE_REPLACED