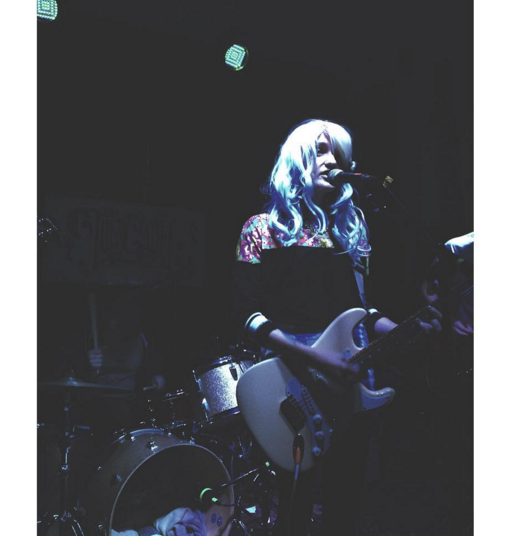 However the change of venue wasn’t the only difference this time around as 100% of the net proceeds from this particular round of touring go to help support Girls Rock Camp Foundation. Girls Rock is a foundation built around helping girls learn to collaborate musically and express themselves, and they have a camp set up right here in Richmond as well.

According to the group’s frontwoman Sadie Dupuis in a press release:

“We toured non-stop in 2015 and wanted to cap it off playing a series of all ages shows (which is always our favorite kind of show). We’ve also wanted to do a tour with a charity fundraising component for a long while. We’ve done a few fundraisers this year–for the Ferguson Library and the Baltimore Food Bank–but for this tour, we wanted to do something that had a national impact while still supporting local communities.

The Girls Rock Camp Foundation was the perfect choice. GRCF provides funding and support to the the various Girls Rock organizations around the world, which in turn provide affordable music education to kids. Girls Rock helps level the music business’ playing field by coaching girls to form bands, develop skills in music engineering and technical production, and build their self esteem along the way. We love the work GRCF does, and are proud to support them on this tour–and can’t wait to play with a Girls Rock Boston band at our hometown show! We’re also so lucky that our friend Michael DeForge, one of the best comics writers and illustrators around, has designed a narrative poster series to help benefit GRCF as well.”

Supporting such a noble and beloved cause, coupled with the group’s growing popularity (they were just named one of Noisey’s Best Artists of 2015 no doubt helped contribute to the diverse and large crowd who attended the show, most of whom sang along the whole time.

Despite being an all-ages show, the bulk of the attendees appeared to be college students and 20-somethings.

“It’s weird to play in somewhere in Richmond that isn’t someone’s house or Strange Matter,” said Dupuis before adjusting her purple/silver wig and launching full blast into ‘Dot X’. The group stuck primarily to tracks from their latest album, Foil Deer, occasionally dipping into tracks from earlier releases like “Major Arcana,” never once leading anyone to doubt they were the type of group designed for larger venues.

At this point it’s clear that Speedy Ortiz has become a fully-fledged and tour-hardened group, commanding attention and exerting enough energy to get any crowd member into their sound. Just like the last time they toured through Richmond, Dupuis loved talking to the audience in between songs, alternating between discussing the miracles of Paypal transactions and complementing the crowd itself.

“You guys are so stylish,” Dupuis said. “I think Richmond has the most stylish crowd we’ve seen all tour.”

As the band continues their meteoric rise, it ought to be interesting to see if they begin to play at larger venues and whether or not their intimate sound (with house show sensibilities) will translate well.

Only time will be able to tell if this is the group’s trajectory, but this fan has no doubt they’ll succeed in whatever course they take.