On the third weekend of every September, the congregation of St. James Armenian Church hosts the Armenian Food Festival. In 1956, the Armenian community of Richmond founded the church, located at 834 Pepper Ave., and two years later the parish began the annual festival, which is the oldest in the area. This year marked the 59th anniversary of the event and hungry attendees dined on traditional Armenian dishes cooked by the church’s members such as chicken and pork shish kabobs, hye burgers, lupia, pilaf, lahmejoon, pakhlava, as well as Armenian beers and wines. The hye burger has been voted one of the top burgers in Richmond and is one of the most sought after burgers in town because it’s only available for three days a year.

RVA Mag ventured out to the festival this weekend to taste some of the Armenian fare being offered, listen to music and dance performances by the St. James Dance Ensemble, and get the full experience.

Using a combination of ground sirloin and lamb, the hye burger features a medley of delicious Armenian spices from cumin and mint to paprika and crushed red peppers, served on a piece of pita. Because they are so juicy rich with distinct flavor, there is no need for toppings aside sautéed onions and peppers. These six-ounce grilled patties are combined with a traditional green bean dish, called lupia, and rice side, called pilaf. The pilaf was a delicious compliment because of its preparation. Pilaf is slightly sautéed rice that is then thoroughly cooked in a seasoned broth of familiar spices. As for the lupia, which are green beans cooked in a “special sauce” of meat and spices like clove and garlic rounded out the dish. The hye burger is understandably “hyped” up for a reason. 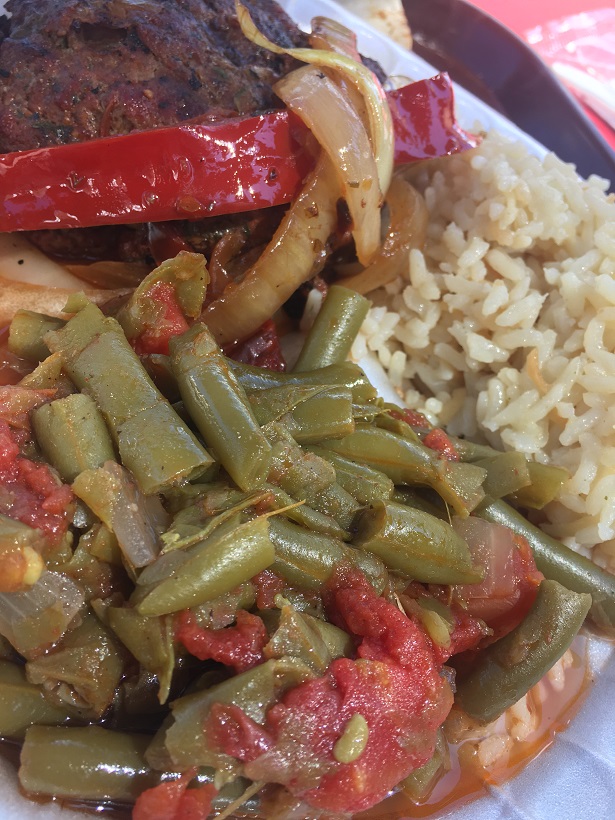 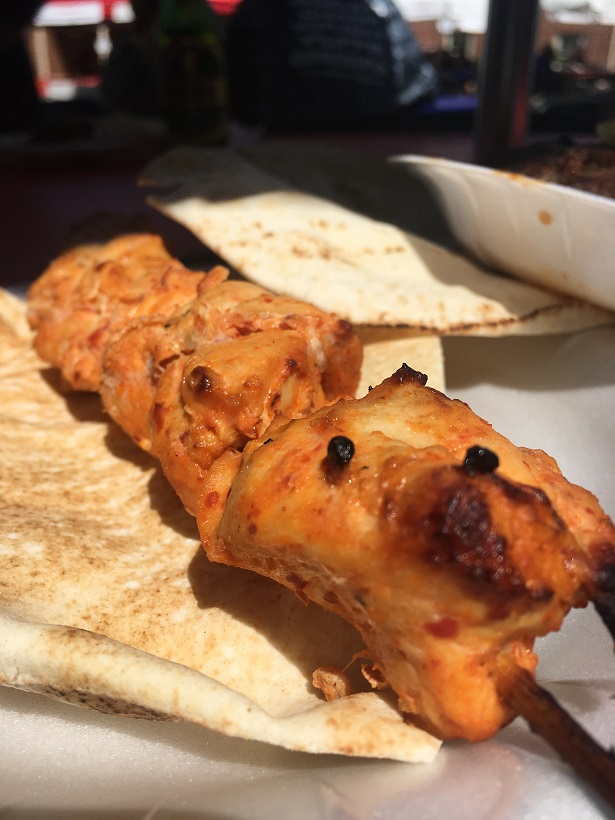 A common Middle Eastern dish, the chicken shish kebob served at the festival was a scrumptious mouthful. The chicken is marinated in a blend of crushed chile powder, garlic, onions, turmeric, saffron, lemon juice, and olive oil over night. In the morning, they are skewered and grilled by flipping the skewers every few minutes or so until they are evenly cooked and the trademark char is visible. Some of these dishes are even marinated in yogurt to make the chicken creamier. The Armenian Festival’s rendition did not disappoint. I could barely finish it all! 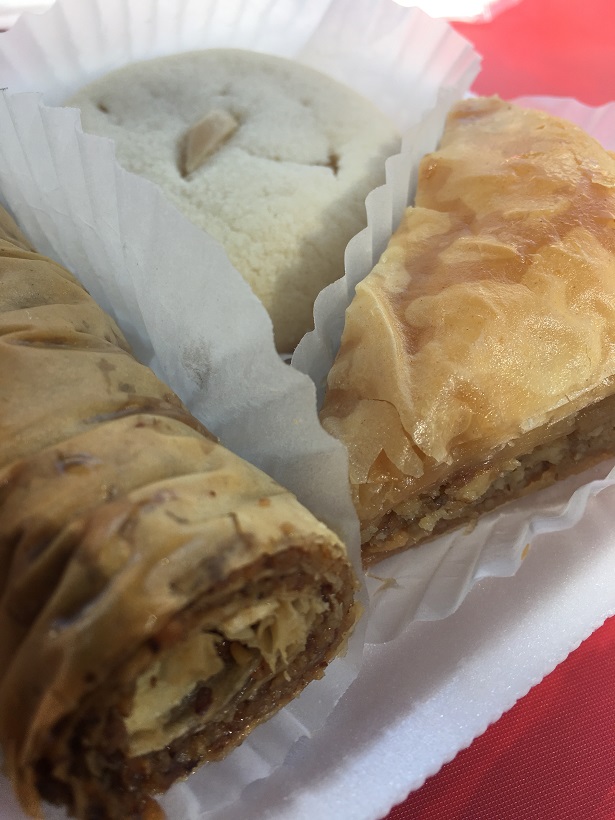 Sold in sets of three, pakhlava, kataif, and khourabia cookies were the dessert package of choice. Pakhlava is a classic, and it the best sweet option to follow-up after a hye burger. This flaky divine pastry is made by baking layers of unleavened dough filled with chopped nuts, held all together by syrup and honey. Using almost spaghetti like layers of the same unleavened dough, kataif is a cylindrical pastry stuffed to the brim with fruit, nuts, or cheese. The last of the selection was the khourabia cookie, a cookie made with walnut sugar. As appealing as they sound, these cookies crumbled like dirt when I took a bite. 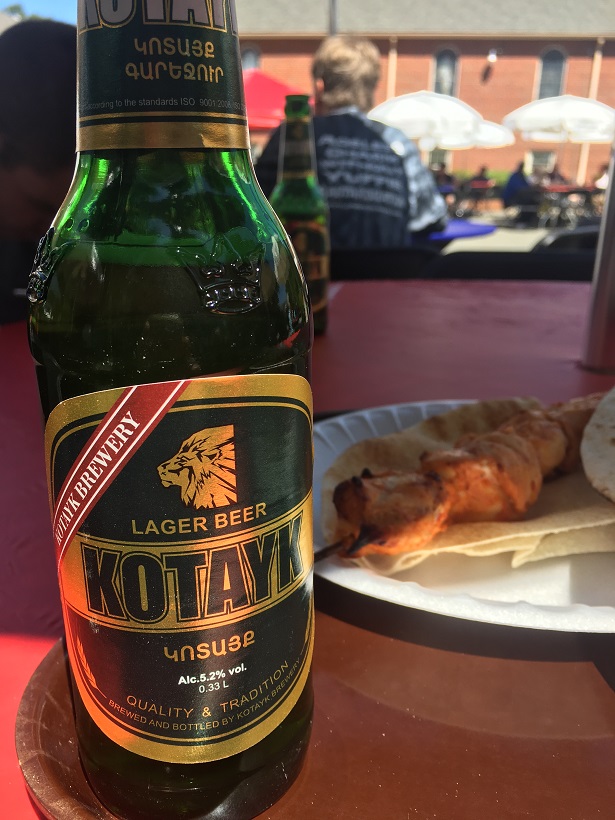 The wine and spirits variety at the festival displayed two different red wines, one white, and a lager from the Armenian national Kotayk Brewery. This brewery takes its name from the province of Armenia that houses its home city of Abovyan. The Kotayk Lager clocks in at 5.2% and was quite frankly the smooth beer one needs to quench the thirst after a hye burger, but who doesn’t have a beer with their burger?