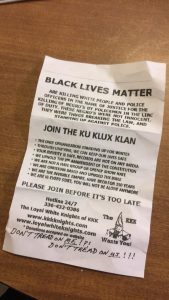 This one comes to us from outside the metropolitan area, in the unpredictable wilderness of central VA. Kaleb Gay is an artist from Lynchburg, and he emailed us a selection of photos taken at his Inventory Of Feelings And Experiences exhibition, which is currently showing at Waynesboro’s Shenandoah Valley Art Center.
END_OF_DOCUMENT_TOKEN_TO_BE_REPLACED