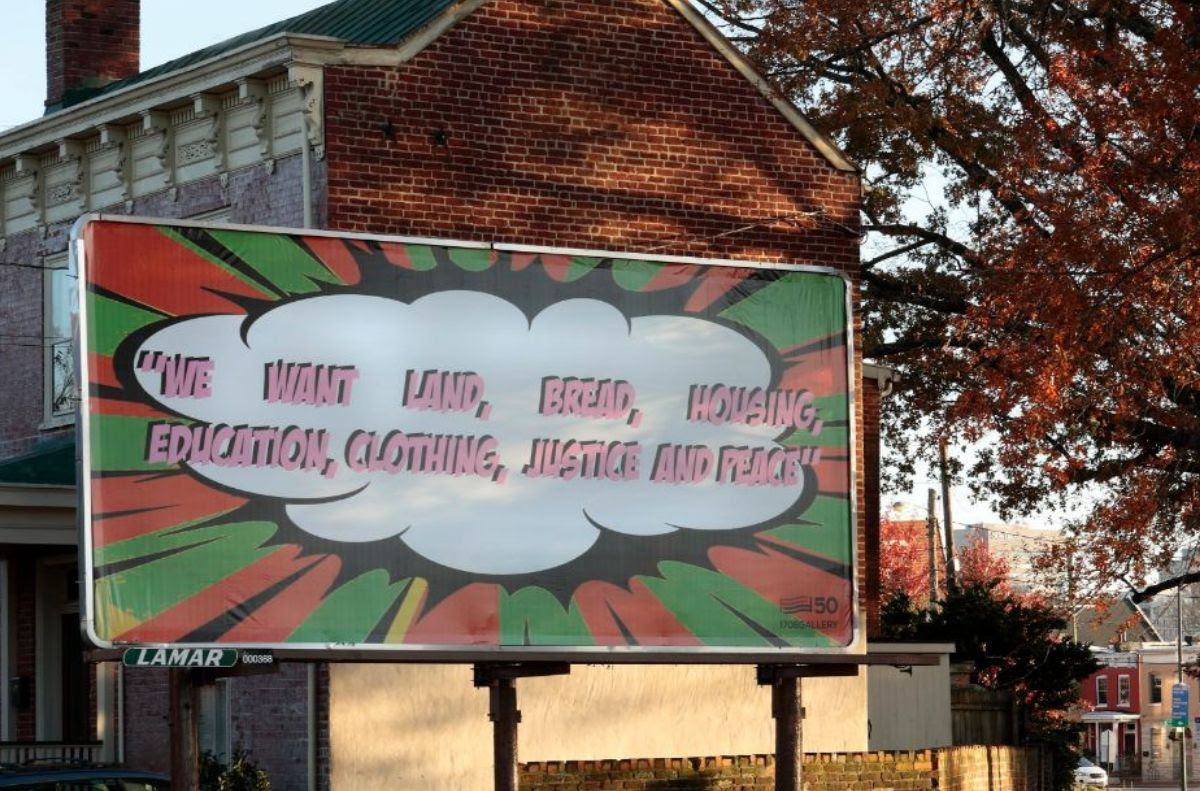 Using art as a platform, 1708 Gallery’s latest public project participates in the process of reclamation, cultural continuity, and community engagement present within historic Jackson Ward. This multi-site project consists of an off-site billboard in Jackson Ward, in-gallery research, and a public forum, which took place on Saturday, January 19.

Park Myers, the curator at 1708, launched this project to expand the role artistic expression plays in Richmond’s political conversation.

“My aim is that through deep investigation of concepts and artistic practice, we can envision outcomes that are not bound by other forms of political engagement,” Myers said. “This project – its impetus and its outcomes – have direct political keystones.”

For this task, 1708 partnered with with For Freedoms, a non-partisan organization founded in 2016 to encourage civic engagement, under the latter group’s 50 State Initiative. After a careful selection process, Myers commissioned artist Sable Elyse Smith to create the billboard central to the project. Smith’s billboard debuted on November 12, 2018, and will remain on display through February 3. It is located at the intersection of W. Jackson St. and Chamberlayne Ave. in historic Jackson Ward, in front of the home of W.W. Browne, the founder of the first chartered black-owned-and-operated bank in the country.

According to a press release from 1708, the location of this project was meant to “call attention to the profound history of the resident community and neighborhood, as well as the continued catastrophic racial inequality, abuse, and erasure, both locally and nationally.”

If this message sounds familiar, that is because it’s quoted from the Black Panther Party’s Ten-Point Program, created in 1966 — it’s the tenth point, to be exact.

According to Smith, her use of the 10th point was to highlight a “specific political and historical moment” that “continuously has reverberation” as well as promote the collective “we.”

With this message, Smith aimed to redefine the prompt of the project while still working within the context of the 50 State Initiative.

“I was less interested in voter mobilization and more interested in creating something that had a tiny hint to a larger conversation,” Smith said.

In the early 19th and 20th centuries, Jackson Ward was one of the most financially successful African-American neighborhoods in the country. Complete with a self-sufficient economy and a thriving art culture, Jackson ward was dubbed ‘The Harlem of the South.”

However, this success began to wane in the 1950’s, due to the Federal Government’s decision to build low-income housing in the community. Then came the development of Interstate 95, which resulted in the displacement of many homes and business owners. This decline was further propagated by the development of Richmond’s downtown business district, and the destruction of various buildings and properties in Jackson Ward.

Smith hopes that this project will help perpetuate an ongoing conversation — one of reclamation, inclusivity, cultural preservation and continuous education — within the community of Jackson Ward, as well as prompt outsiders to tap in to the discussion. 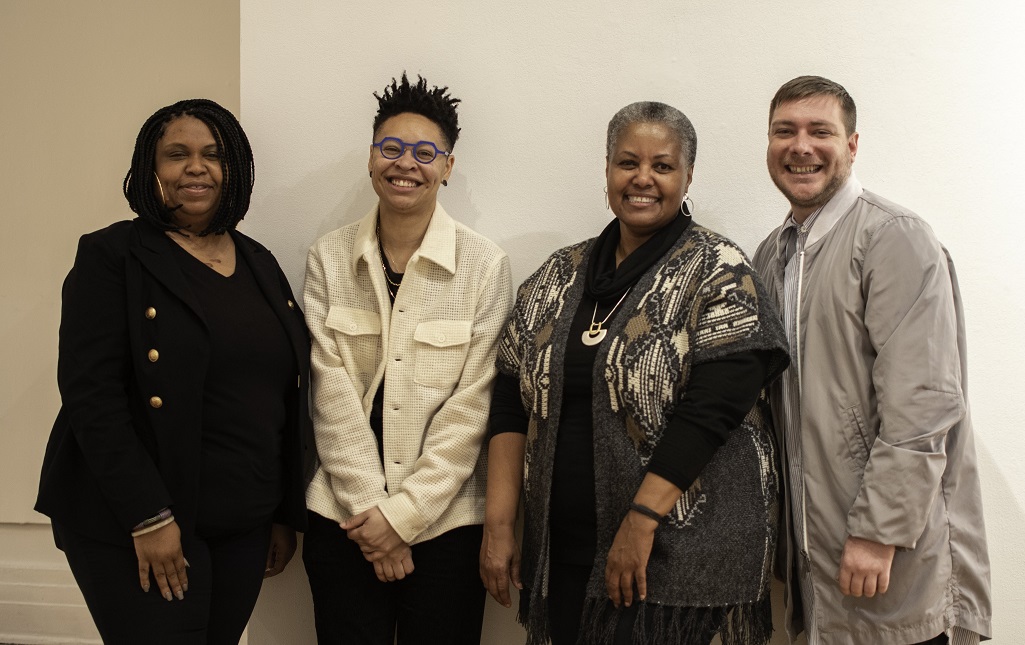 To further this initiative, 1708 held a public forum on Saturday, January 19, to advance community involvement and encourage transparent communication. Panelists for the event, entitled Community Conscience: A Discussion on Public Art, Communication, and Inclusion in Jackson Ward, included Smith, Myers, and Janis Allen, President of the Historic Jackson Ward Association. The discussion was moderated by Afrikana Film Festival founder and 1708 board member Enjoli Moon.

During the forum, Richmond resident Shawna Davis expressed her support for the project. Davis said that she was immediately “struck” by the message of the billboard and communicated her appreciation of the deeper questions it prompted.

Myers stated that the public’s awareness of this project has been ‘“slow” yet “exponential” over the past three months.

“There has been an overwhelming positive reaction,” Myers said. “The project and Sable’s work has inspired and generated much-needed conversation, new alliances and concerted support between cultural organizations within Jackson Ward.”

According to Myers, 1708’s continued objective is not only to continue an inclusive approach towards community engagement, but also consider how various art forms can contribute to the political landscape by redefining one’s means of perception and awareness.

“This [process] is actually not about exactitude,” Myers stated. “[But] rather about perseverance, listening and learning.” 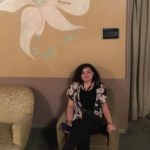