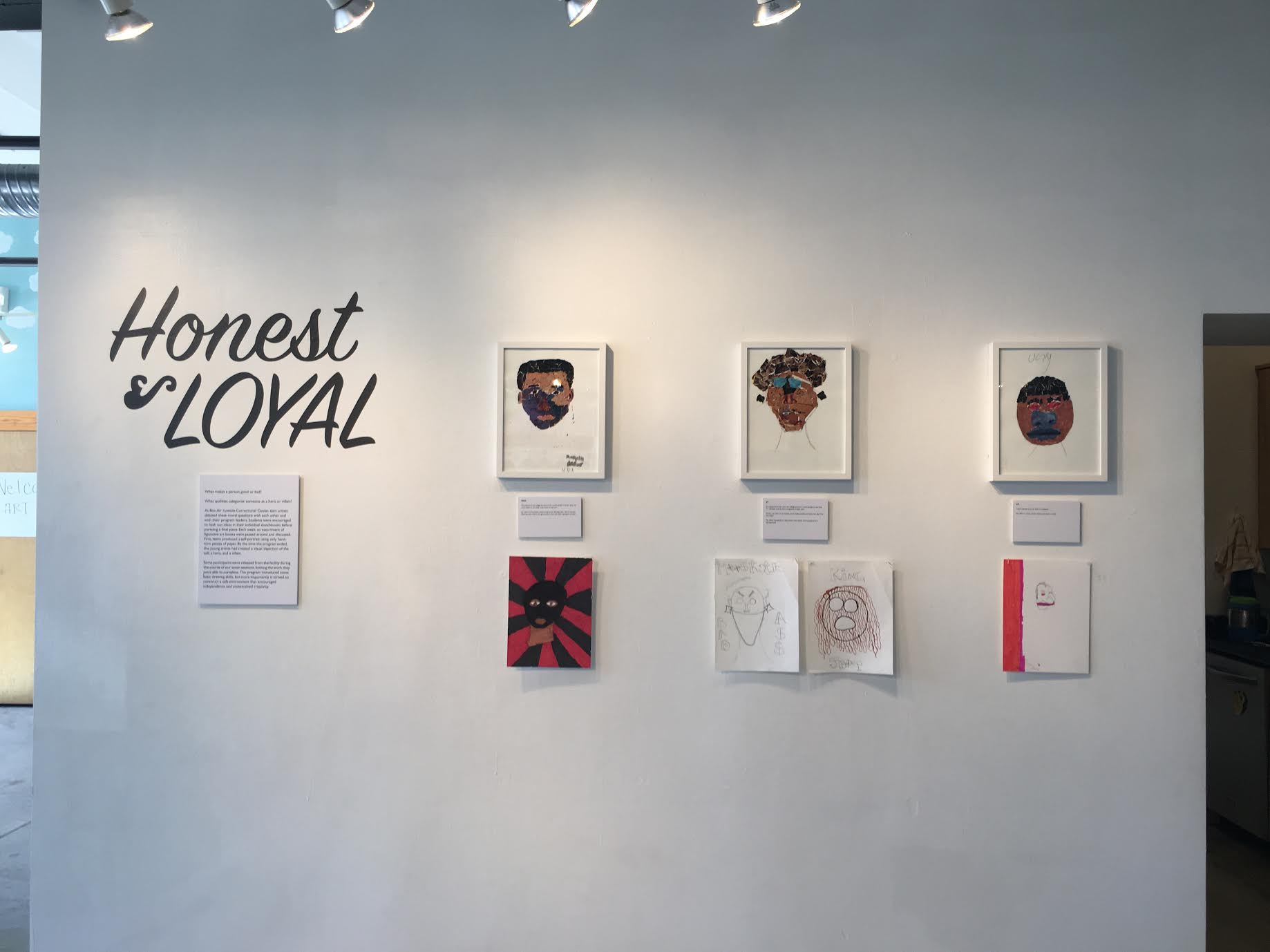 When it comes to looking inside ourselves sometimes the image appears distorted. Are we the hero or the villain? Sometimes it’s hard to tell the difference. That conflict within is what teens from local non-profit Art 180 explored in their new exhibit, “Honest and Loyal.”

When it comes to looking inside ourselves sometimes the image appears distorted. Are we the hero or the villain? Sometimes it’s hard to tell the difference. That conflict within is what teens from local non-profit Art 180 explored in their new exhibit, “Honest and Loyal.”

The exhibit, on display now until Sept. 29, is the result of an eight-week art course within a larger 20-week program with incarcerated teens at Bon Air Juvenile Correctional Center..

Art 180’s Lydia Baker and Miguel Carter-Fisher met with the kids enrolled in the program once a week to get them comfortable with using art as a method of self-expression that was completely foreign to most of them.

“Part of the main goal was just to cultivate self-worth and self-awareness that might facilitate better lifestyle decisions,” Carter-Fisher said. “One thing Lydia and I discovered was what a precious commodity self-worth is. A lot of people take for granted the feeling of accomplishment, but that’s something that has to be taught. They have to learn that they can succeed at something.” 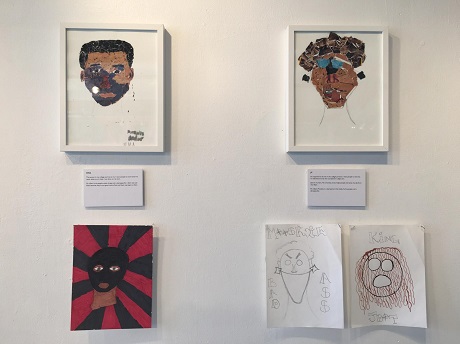 The idea behind “Honest and Loyal” is the conflict between the hero and the villain within. Using paper collages to create a self-portrait, each of the kids explored what traits make up both a hero and a villain.

“They did some brainstorming on what those people actually physically look like, what their character traits are, and then they did a self-portrait,” said Kate Duffy, Art 180’s Community Program Manager. “So you’ve got the hero and you have the villain, and the idea that there’s a little of both in everyone.”

The name itself comes from a common theme that Baker and Carter-Fisher found when they asked the kids to write down the traits of a hero in their sketchbooks. Around 95 percent wrote down both honest and loyal as traits of a good person.

For the program leaders, the focus of the project wasn’t the end result hanging in a gallery space, but rather the impact it would make on the kids involved. Baker recalls one student in particular who had never done art before and had a history of anger problems.

“By the end of the program she was drawing in her cell and was using it to cope with anger,” Baker said. “That, at the very beginning of being asked to go into Bon Air, was my goal. One kid is enough, just to have somebody have that distraction. Just like any other high school kid, they need encouragement.”

Art 180’s goal going into the project was to get the kids working on something that would make them feel good about themselves despite their current situation.

“To be in a room with people working on the same project but with so many different interpretations, that’s pretty cool,” Duffy said. “Hearing their descriptions of the hero and the villain, sometimes I think it impacts the viewer—not necessarily more than the kids—but it certainly impacts me. It’s emotional.”

At the end of the program, the Art 180 team left Bon Air Correctional Center with a new outlook on the kids inside and the challenges that they will continue to face in their lives.

“Some of these kids are in there for truly heinous crimes and they’ll flat out tell you about it,” Carter-Fisher said. “But our culture is so obsessed with punishment, up and down the justice system. We’re not focused on what’s best in the long run, what’s best for the community. The conversation should be about prevention and rehabilitation. I feel like the justice system itself has a lot of growing up to do.”

Baker said many of the teens come from families where both of the parents were incarcerated.

“So they’re kind of born into this crime lifestyle,” Baker said. “And on top of that, once they get out they are going back home to potentially very dangerous situations, sometimes where there aren’t parents at all. Many of these kids, after they get out, should be going to a safe house or a rehabilitation center. They should not be going back to even more dangerous situations where they are pretty much forced to break the law to survive.”

Next to each of the portraits in the “Honest and Loyal” exhibit, the artist wrote a short description of their interpretation of heroes and villains, as well as anything they wanted the viewer to know about them. At the exhibit’s opening reception on September’s First Friday, over 500 people visited the exhibit, signing their praise to the artists in a book that will be taken to Bon Air for the kids to see. 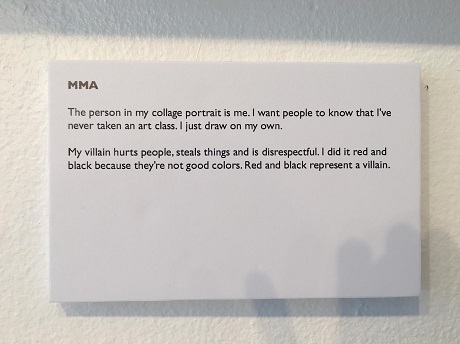 The artwork made by the kids at the Bon Air Juvenile Correctional Center will stay on display through the end of the month at the Art 180 gallery space in Jackson Ward.