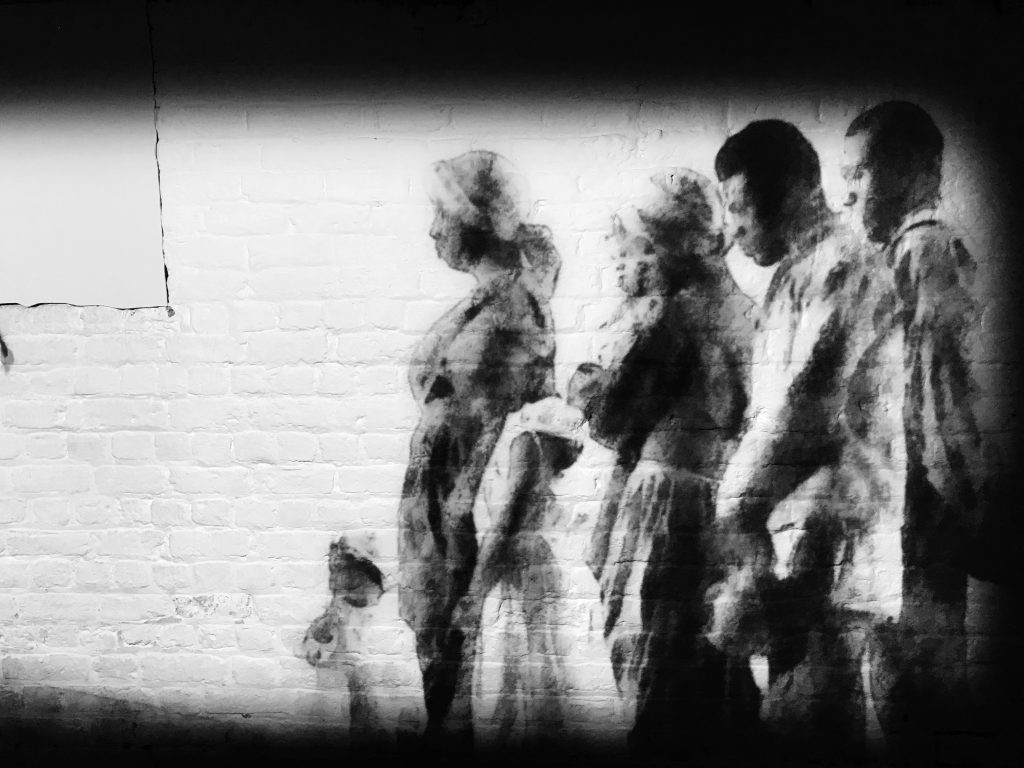 The effects of slavery are still seen in today’s society, whether it be the disproportionate rates of incarceration, housing discrimination, or cycles of poverty in the African American community. Yet the historical trend up until very recently was to ignore the true legacy of slavery in favor of a more sanitized version. However, some institutions are now attempting to tell, what they call, America’s fuller, truer history.

Montpelier, James Madison’s estate, launched its newest multi-media exhibition last month bringing the previously untold history to life while examining the legacy of slavery today. The Mere Distinction of Colour tells the realities of what it was like to be enslaved at the fourth president’s plantation home in Orange County, Virginia.

The exhibition, that’s been two years in the making, is spread among two areas: the cellars of the Madison’s home and the South Yard where the domestic and field slaves resided. The slave quarters and smokehouses were put together based on years of research, archeology, and insurance maps.

Montpelier received a $10 million donation from philanthropist David Rubenstein in 2013, $6 million of the donation went toward furnishing the house and the remaining $4 million went toward reconstructing the slave quarters in the South Yard for the first time ever.

The exhibitions in the cellars, are based off of years of historical research and oral histories, both of which focus on what slavery was like at Montpelier. One cellar tells the real story of slavery at Madison’s plantation, while the other focuses on the institution of slavery from a national perspective.

Adorning one cellar, is the name of every slave that worked at the plantation painted on the walls, juxtaposed against another wall that contains a copy of the U.S. Constitution. Each paragraph protecting slavery is highlighted despite the actual word never being mentioned in the document, down the hall a soundbite plays the voice of a descendant of those enslaved telling her story.

Price Thomas, director of marketing and communications at The Montpelier Foundation, said the goal of the exhibition was to be interesting and informative but more importantly emotional.

“Emotional can mean any amount of things,” Thomas said. “Sometimes people leave upset, sometimes people leave inspired. People cry. People are curious. We didn’t want this to be a ‘Meh, OK cool. Great.’ We wanted something for people to interact with, something tactile so people could feel in more ways than one.”

Thomas said slavery was woven into the fabric of American society since its first institution and the effects of that can still be seen today. Montpelier even published an article listing six ways understanding slavery can change how people understand American freedom, linking it to a larger conversation the U.S. and Virginia is having now.

“There’s an element of this that has a little bit more of a connective tissue,” Thomas said. “What we want to do here is talk about the past, sure, but we want to connect the past to the present and then use Madison, use the Constitution as a lens to do that.”

Thomas said The Montpelier Foundation is not an activist group, they’re just telling history. He said the most important thing is that the exhibition is founded in fact and research.

“Whether or not [this exhibition] is changing the world, I don’t think so, but that wasn’t the goal,” Thomas said. “The goal was to represent a truer American history in a way that everybody that comes up the driveway could interact with. Young, old, black, white, gay, straight, short, tall, whatever. You’re starting to see this in general, more representation of a more diverse history.”

In addition to walking through The Mere Distinction of Colour exhibition, Montpelier offers the Enslaved Community tour focusing on the narrative of the people enslaved there, narratives which have only begun to be elevated in recent years.

Russell Halley has been giving tours at Montpelier for a couple years now. Montpelier prefers the term “interpreter” to “tour guides” because no two tours of are the same, each person gives their own perspective on the facts.

Halley began his version of the Enslaved Community tour saying some parts of history, slavery included, can be difficult to talk about but mustn’t be ignored.

“If we are Americans, this is an important story that needs to be told,” Halley said. “This isn’t meant to be a guilt trip.”

He led the group through the grounds, giving your typical history tour chock-full with facts history buffs would love. When the group arrived at the slave quarters, Halley talked about their everyday lives and the realities of slave life at Montpelier.

“Throughout history we’ve had these guys [the founding fathers] on pedestals,” Halley said. “We’re not trying to smash them to the ground but rather gently bring them down so we can look at them as real people. This is a real conversation about real people.”

This comes at a time as Virginia, Richmond included, is attempting to join this conversation that connects its history to its present. There’s been a trend of cities across the state beginning to recognize and elevate the African American narrative these past few months.

Tours and exhibitions like Montpelier’s have made their debuts at other historical institutions like Thomas Jefferson’s Monticello. Mayors in cities like Richmond and Charlottesville are now addressing how to contextualize Confederate symbols, while at the same time elevating new history such as the recently erected a statue of Maggie Walker.

And looking into the future, The Virginia Foundation for the Humanities will continue this trend with a grant they received to offer virtual reality tours at various sites across the state with a new focus on the enslaved community to name some efforts.

From a dramatic reading of poetry by Poe at Artemis Gallery to an evening of hip hop lyricism at a private location, the Friday of... READ MORE

From a dramatic reading of poetry by Poe at Artemis Gallery to an evening of hip hop lyricism at a private location, the Friday of... READ MORE