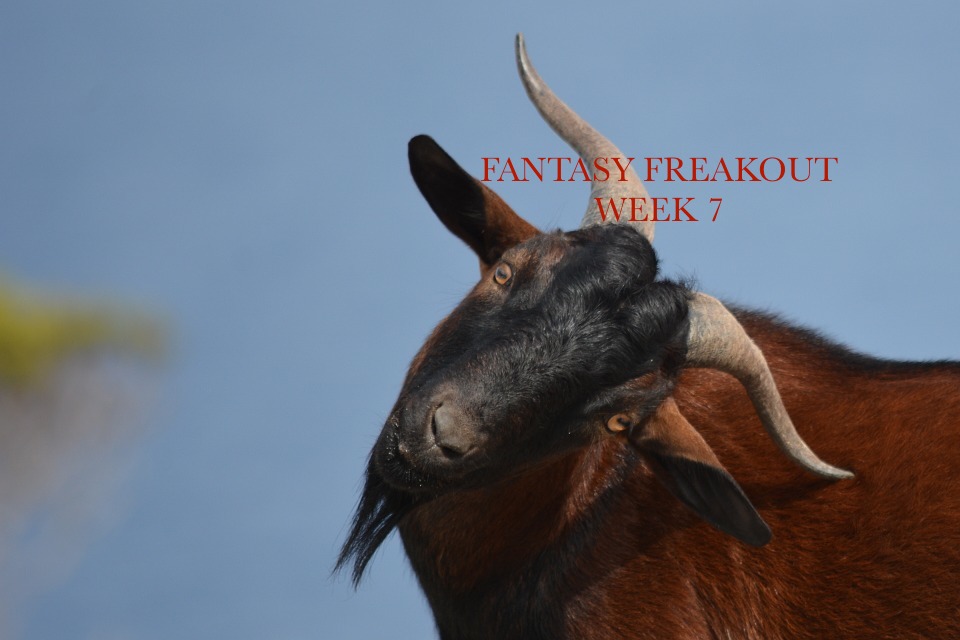 Week 6 is done, and just like that, the Jaguars go to London and play their best game of the year. Maybe the Jags belong in London; it’s their true home field, it seems. It calls them. I could see Lawrence fitting in that city, going to soccer games and eating fish and chips. Someones gotta do it eventually. Lawrence gets his first win, and the pressure cooker releases a little for that franchise. Dolphins lose to Jags, but did have a decent showing by Tua. Kirk Cousins is officially a QB1 — it’s just the truth this year. Panthers have had a tough time of it over the past few games; they are without Christian and, well, it shows.

Bills thought they could run it on Titans, but ran into a King. Henry did what Henry does so well, dragging people behind as he scores and racks up yards after tackle better than anyone. He’s just a different back than we have really seen in years. Bills are gonna have two weeks to think about this one. TJ Watt of the Steelers made major plays to push them over the Seahawks. Not having Russ is a major issue, but Seattle certainly played with heart. I’m sure they cant wait to get Russ back; still gotta figure out those backfield issues.

The Cowboys game felt basically like it was Belichick vs the whole team. That’s not totally fair, however, as the Pats rookie QB at one point had hit 10 straight completions. I think they might have something here. Cowboys talent overtook the game in the end. Lamb just looks like a top wideout, both in play and demeanor. He is ascending to the top, and Dak is seeing the field so well. I would have thought this would be a blowout, but its Bill, and he just knows this club. Good win, however, for the Cowboys.

Raiders pulled out a great win over the Broncos. With everything going on, you have to give them props for keeping cool under all the pressure. Carr is who I believe is leading this team. They turned to him and he has been a steady and good presence.

Cardinals were missing their head coach and assistant coaches, and it didn’t matter. Kyler is MVP right now, and has the top unbeaten team. The Browns tried to keep this thing close, but too many injuries just made it impossible to pull out a win. They need to get healthy, because they have a lot of talent on that roster. Baker looks like he’s gonna rest, but will have to play hurt the rest of this year. What will this mean long term for his looming contract?

Chiefs licked their chops on getting Washington this week. Mahomes wanted a game like this to steady his arm and team. Something is rotten in the state of Denmark, aka Washington. It’s all flailing around at times, with the defense just not able to do much. We have been talking about this every week — something has to give sooner or later. I’m just not sure what. [Counterpoint from four-decade Washington FT fan: nothing has to give. The team’s been like this for over two decades, pretty much the entire time Danny Boy has owned it. There’s no reason to ever expect any different at this point. There’s a reason I don’t watch anymore. –Drew]

The Ravens showed that they are still a big dog. Chargers had a pretty big letdown on this one. Herbert got shut down, and them’s the facts. Rams destroyed the Giants. Wow. No one saw that coming. Colts looked solid against the Texans, of course. The poor Lions continued their crying against the Bengals. Joe was passing steadily on this Lions defense. I thought that Lions had a shot, but you can’t put your chips in that bag.

My Chicago Bears lost to my favorite player ever, Aaron Rodgers. Who made it quite known: “I own you!” He’s not wrong. Bears had a shot in this one. The rookie running back, Herbert, did look really good, and Fields had some improvement. I’m not totally down after this one, so that feels unusual. The day was lost, in my opinion, on bad packages and and putting the rookie in a bad spot. Not to mention bad penalties — some seriously bad calls. Rodgers in Green Bay gets Washington next week, so good luck with that, fellas.

Tom Brady is unbelievable, he just gets it done. This game was a good one; Eagles put up a fight and kept it close. Bucs are a contender, however, and showed again why Brady gives them a huge advantage, no matter who they are up against.

Play your best players. If you have to decide between a few people, here are some decent matchups on paper. Check injury status, as always.

OK, good luck again everyone. Week 7 kicks off tonight!! So does DUNE!