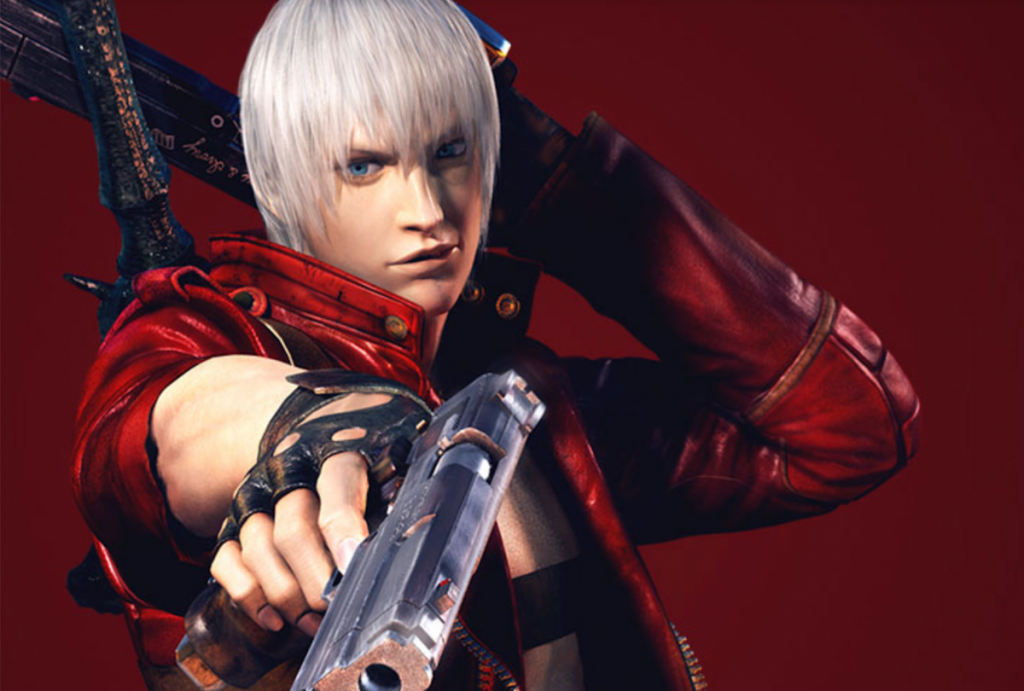 Dante, The Devil May Cry 3 for Switch

Which button is X again? In the debut issue of RVA Game Cave, columnist Jonah Schuhart reviews The Devil May Cry 3 for Switch — and finds that the release cranks it up another notch by giving an old game some smokin’ new features.

The Devil May Cry series is best known by Action Game fans (like me) and wisened-up nerds who remember when playing Halo multiplayer meant taking a nine-hour road trip to shoot people they had only talked to in AOL chat rooms. This series has been one of Capcom’s staples since its inception in 2001, and for good reason. The adventures of Dante  — also known as Wacky Woohoo Pizza Man — have grown increasingly more impressive with each iteration. The combat has been refined, the characters have become more likeable, and the action has become more balls-to-the-wall.

However, even though the series’ most recent addition, Devil May Cry 5, completely outshines its predecessors in almost every respect, it is still very much worth it to go back and appreciate the OGs. Devil May Cry 3: Special Edition for the Nintendo Switch proves this with little to no doubt. The gameplay and absurd, campy storylines are as refined as they were when the game first came out in 2005, and are even improved with the new additions made on this re-release.

If you’re not already aware, the Switch is a hybrid portable/home console. It functions as a tablet with detachable controllers (joycons) on either side. Users can remove the joycons and slide the tablet portion into a dock, which displays the games onto a television. Thankfully, the Switch does not detract from the game’s playability at all. I felt virtually no slowdown, so the port to this new console feels like it’s been well executed.

The joycons, while smaller than an average controller, did not affect playability for the entire 20+ hours I sunk into this version of the game. I suppose I still would’ve preferred a regular controller at the end of the day, but so far, no game has convinced me that spending $60 on a Switch Pro Controller is worth it. This game is no exception. The only negative aspect I would attribute to DMC3 for Switch would be playing the smaller screen outside the home — it can be difficult when making sense of the hectic combat, but it doesn’t make the game unplayable by any means. In fact, I beat most of the game in the Switch’s mobile configuration.

Being able to play this classic game anywhere certainly has its benefits, too, though I can’t say it was especially new for me (since any DMC fan with the PC version and a half-decent laptop has been playing this game on the go for years now). The biggest motivation for hardcore fans to buy this game comes with the addition of its “Free Style” game mode, and a new multiplayer function added to its Bloody Palace mode.

“Free Style” officially adds a function that PC gamers using game mods have enjoyed in DMC3 for a while now. In DMC3 and its sequels, the protagonist, Dante, has access to four different styles of combat: Trickster, Swordmaster, Gunslinger, and Royal Guard. These styles can do a variety of things, from giving Dante an invincible dash/teleport, to adding new moves for his primary weapons. In general, they greatly increase the depth and freedom afforded to players during combat. In later games, Dante has been able to switch between these styles at any point in the game, with a simple press of the directional pad — which further increases the player’s versatility. In the earlier DMC3 edition, Dante was limited to one at a time, and could only switch his style in the menus between missions or at designated upgrade locations in the game’s levels. “Free Style” changes this, and gives Dante that instant style-switch that later iterations get to take advantage of.

The “Free Style” mode also allows Dante to switch between all five of his guns, and all five of his primary weapons, at any time as well. Previous versions of the game forced players to choose two of each at a time. This addition is great, because it lets Dante have the appropriate weapon for almost every situation. Unfortunately, Dante is also pigeonholed into having these weapons in a strict order. Technically, the player can bypass this by holding the weapon switch button and flicking the right stick in the appropriate direction, but that means they have to take their thumb from the face buttons, and that’s a complete no-no in most circumstances. This almost makes the traditional gameplay a more enjoyable and versatile experience, were it not for the novelty of style-switch being in an official version of the game.

Thankfully, the player can still choose to play the game the traditional way, without style-switch or ten weapons at once. To do so, they need to do play under a separate “save” file, meaning they have to regrind for all of their weapons and upgrades just to play the game through parts they’ve likely already beaten.

The final addition made to this version of the game is its multiplayer “Bloody Palace” mode. Bloody Palace is a gauntlet of 100 levels that the player must complete in sequence, and now they can do so with a friend. One of the players controls Vergil (the game’s second playable character). Somehow, the developers of this port managed to design it without split-screens or making players fight for control of the camera. For the most part, it seems that two skilled players can conquer all 100 Bloody Palace stages.

All in all, DMC3 for the Switch is an amazing port. It’s a great way for new players to enjoy a classic entry in the series (though they might find some of the PS2-era game design decisions frustratingly difficult). It’s also a great way for experienced DMC vets to enjoy the game in a new way. At the end of the day, it’s the same great game fans of Japanese action games have worshipped for 15 years, but with even more content.

Top Image via Devil May Cry 3 for Switch

RVA Game Cave Issue 4: The Last of Us Part 2

In this edition of RVA Game Cave, columnist Jonah Schuhart dives into The Last of Us Part 2. Following its predecessor, TLOU2 challenges... READ MORE

RVA Game Cave Issue 4: The Last of Us Part 2

In this edition of RVA Game Cave, columnist Jonah Schuhart dives into The Last of Us Part 2. Following its predecessor, TLOU2 challenges... READ MORE