They say one man’s trash is another man’s treasure, and in local artist’s Megan Mattax’s new exhibit at Artspace Richmond, she displays her own unique way of preserving things otherwise dumped by the wayside.

Mattax’s mixed-media exhibit, “pər’peCHə, wāt”, opened at the East 3rd Street gallery earlier this month, and by burning and transforming discarded dictionaries, the artist aims to repurpose knowledge and give new life to a forgotten medium in our ever-changing digital world.

The artist’s destructive style caught the attention of the committee board at Artspace and President Dana Frostick specifically loved Mattax’s love of destroying once beautiful things. 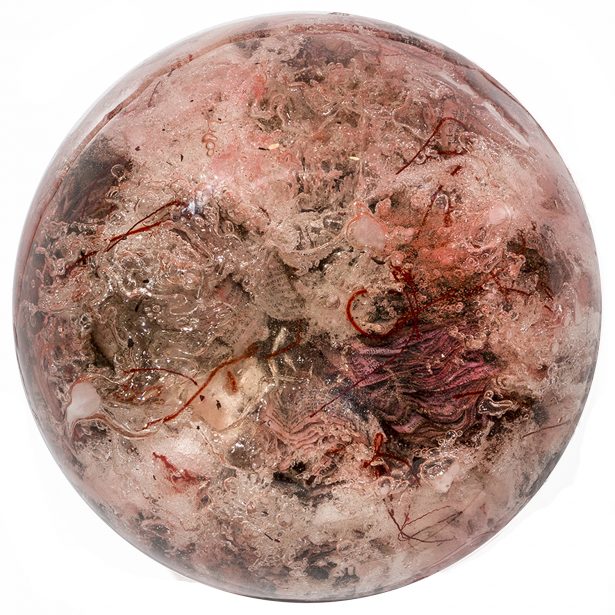 “I think it’s interesting that through that destructive process she has recreated new beautiful things, “ Frostick said. “It’s somewhat like looking at a bug, or something that’s trapped in amber from millions of years ago.”

Mattax uses about 200 books altogether, and about two dictionaries in her show. The pieces are shaped using fire, water, and air, before being encased in epoxy-resin, which she started using recently, in order to preserve the delicate form.

“It’s been altered, so I call them alter-bound books,” Mattax said of her work. “I’m taking a dictionary and breaking it down and making my own little book forms out of them. Typically, a book is used to read and flip the pages, and I’m purely making the books for aesthetic reasons.”

While Mattax always enjoyed the concept of deconstruction and putting things back together again, she became drawn to her unique process when her mother fell ill with breast cancer. “It was very sudden. We found out, and within a month she was gone, so it was a catharsis,” she said. “I would make these books and at the time, they did not have any text in them whatsoever, and all my 2D work had text in them. But it was all about questions that you can no longer answer, so there was blank pages because I can’t ask that question anymore. It’s not there to answer.”

The process itself to create her preserved books unsurprisingly takes quite a bit of time. While she generally begins with breaking down dictionary sections and binding processes, Mattax says each process has its own day.

“One day is drilling holes, one day is binding, and then at that point, I can stain them. Part of the staining process is getting the books wet because books are kind of hard to burn,’ she said. “It doesn’t just want to catch fire.“So, when I stain them, and then I blow dry them out and start to shape them the pages start to expand. So there’s more room for the air to get in there. So I stain them and shape them, and then I burn them and do like one final shaping to them. And then at that point, they are ready for whatever form I decide to put them in.”

Originally from Arkansas, Mattax finds inspiration for her work in a Richmond staple. “The river. I don’t think I would have made it here if the river wasn’t there. I’d say my first five to six years, every summer I’d spend every day on 42nd street sitting on a rock. It made me feel like home,” she said. 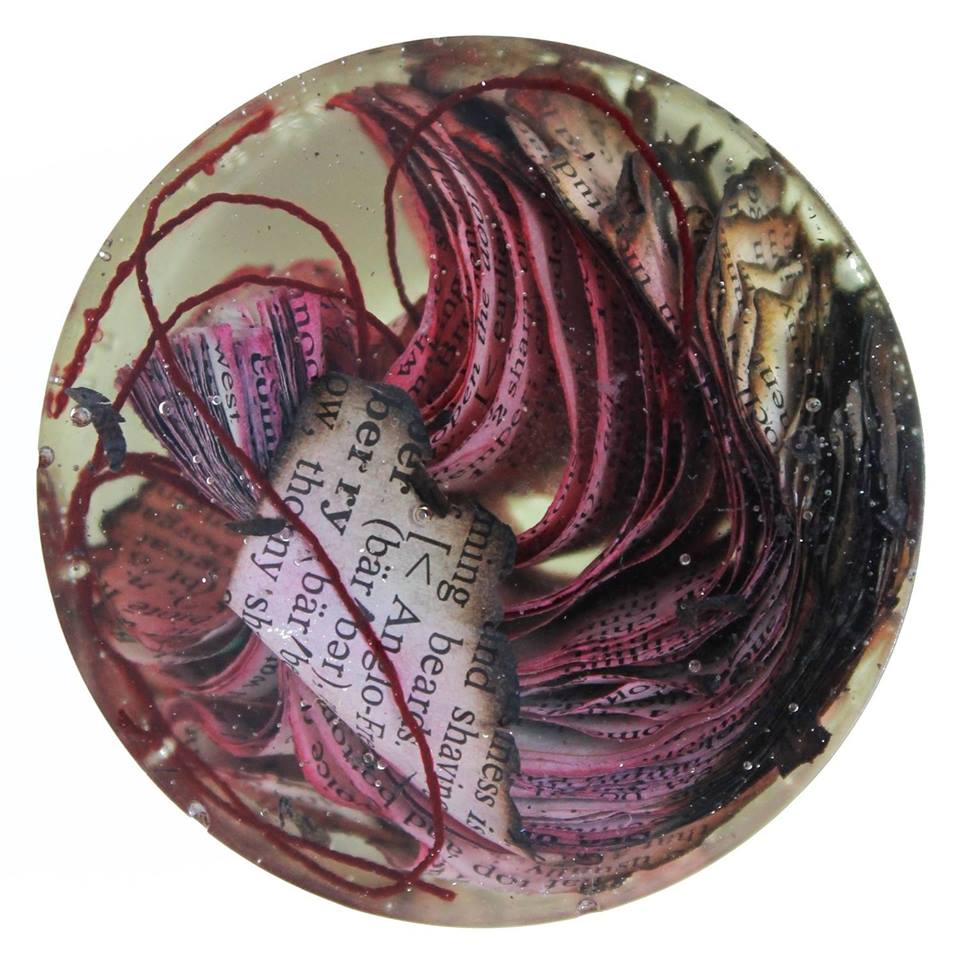 In a world where information is so readily available at any given time with Wi-Fi and a smartphone at the ready, it is starting to become a far gone memory of going to the library to look up answers in an encyclopedia. But preserving her books isn’t entirely about aesthetics.

“It’s the idea of preserving something of value to me, of value to society in general, but preserving in a way that is no longer functional,” she said.

Mattax’s “pər’peCHə, wāt” will run at Artspace Richmond Feb 18. Get more details on her show, and the other exhibits up at the gallery here.