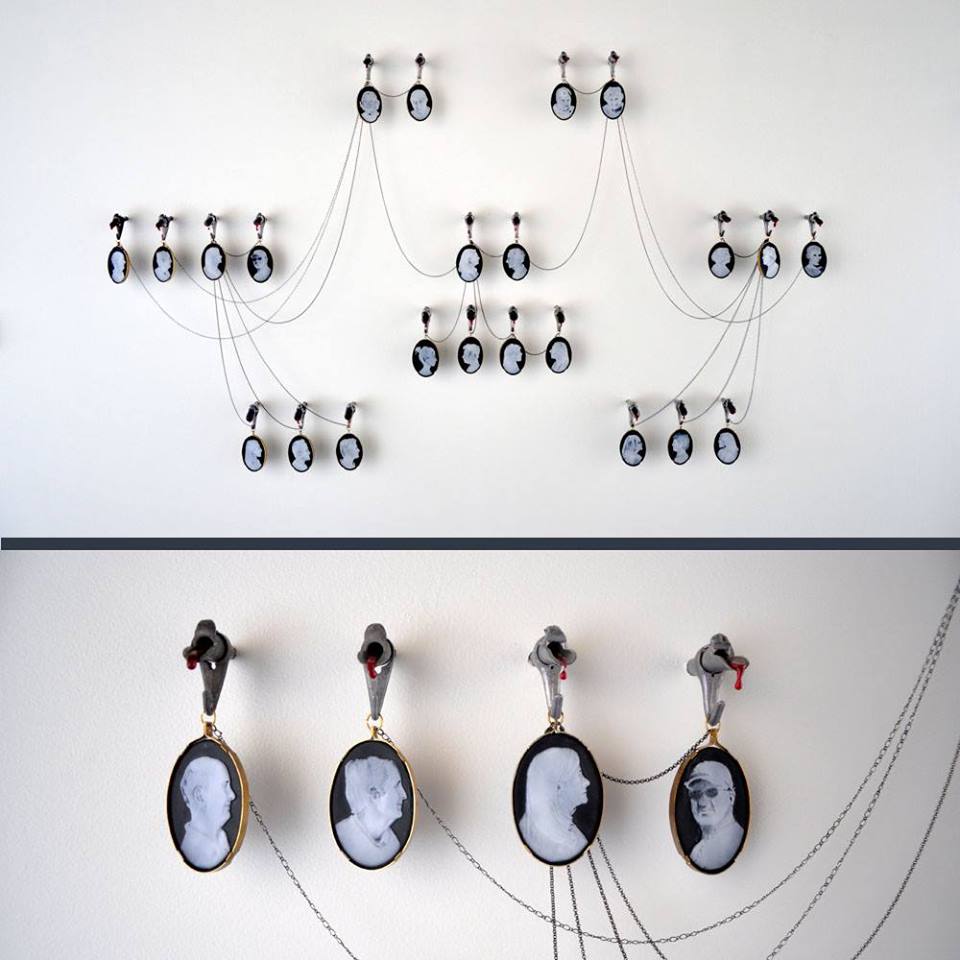 “We all live in a glass age,” artist Charlotte Potter said as she described the theme of her show coming to the Vis

“We all live in a glass age,” artist Charlotte Potter said as she described the theme of her show coming to the Visual Arts Center this weekend. “The screen on your phone is glass, your computer screen is glass, you look through a window to the outside world through glass.”

She’s not wrong – I was interviewing her on my glass-clad smart phone – but its Potters’ work with the medium and how she’s used it to show our modern connections which really stand out.

Potter is one of three artists being featured at SOCIAL, opening at the Visual Arts Center this weekend. The collection of pieces all aim to deal with social media and how we interact with and in it.

For Potter, social media has been integral to her recent work. She called the online networks “an apparatus or prosthesis to connect people.” She described her history with this theme as large, with much of her recent work devoted to it.

One of her pieces in the VisArts show opening tonight, ‘Message received,’ (pictured below) is a series of texts and Facebook messages between her and a former lover. The actual text from their exchanges were printed onto glass and made into lockets. The elevation of the locket and their placement on the wall shows the highs and lows of the relationship. 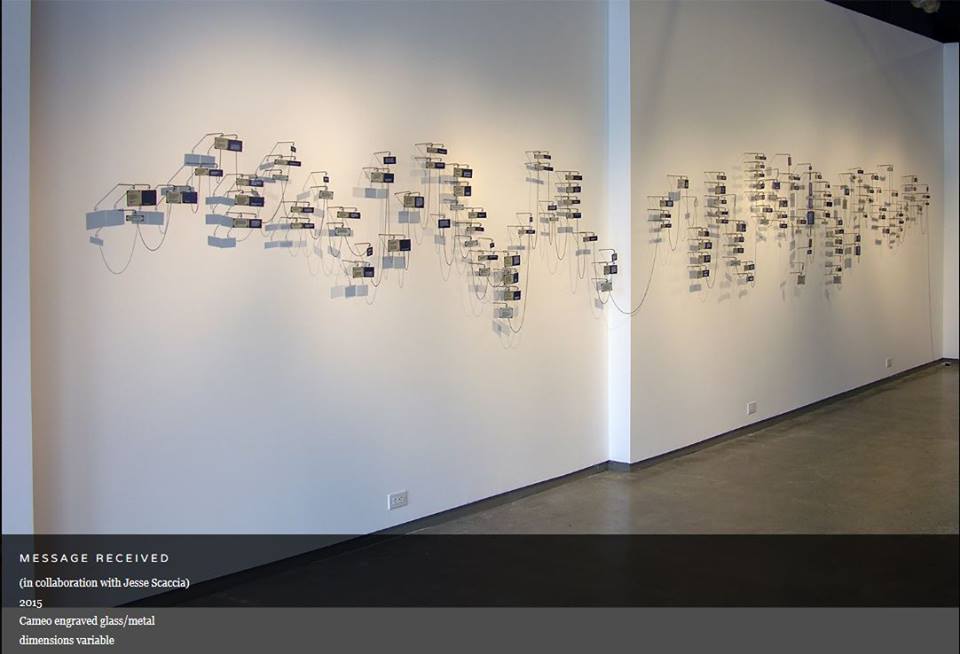 “It’s all out there… the good the bad, talking about abortion and adoption and buying a house together… it goes all over the place,” Potter said, who called this piece the most personal she’s ever done. “It felt really exposing, but I think it’s a really powerful work from that.”

“I always attempt to get to the universal through the personal, cause I think everybody can sort of relate to a lot of things happening in this exchanged,” she said.

The wall-length piece has been shown around the country, and one gallery in NYC told her about 90% of people who started to read the piece finished the entire series.

Because her show is at the Visual Arts Center, and children are expected to attend, the gallery has asked for some of the more graphic message exchanges be closed up (they are lockets after all), and while Potter is no fan of censorship, she’s kind of intrigued by the idea of certain fragments of her piece being walled off.

“If somebody has a locket on their neck, they aren’t showing whats on the inside. It’s a secret, you can’t see it – it’ll be interesting,” she said.

Another piece of Potters work being shown is called ‘Pending.’ A collection of glass portraits of people who have sent Potter a friend request without knowing her in real life, the actual portraits aim to resemble old fashioned cameos where subjects images are carved onto glass. “I’m interested in the historical relevance of using this particular material – how a cameo would be someone’s profile [back in the day], get it commissioned for a loved one. In this case, I was thinking of the profile picture as the modern day profile…”

She didn’t ask her unfriended-requests permission to use their images, but Potter said the first version of this project, ‘Charlotte’s Web’ a web of similar cameos of her actual Facebook friends, set the stage for this new piece. 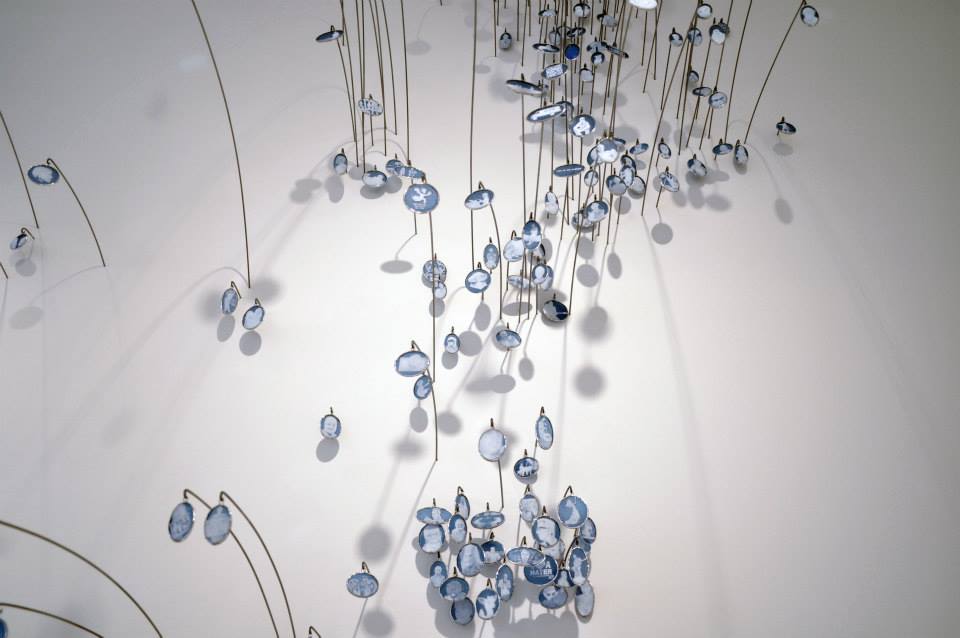 Where the original version was organized geographically by where she met people this new piece features the cameos suspended in a mobile, floating in the either, unsure of their location or who or what they are.

She plans to send scans of these cameos to her awaiting friends once the show wraps up.

“I see these as potential friendships,” she said. “And I look forward to starting an actual, real conversation based on this artwork.”

Potter has other works in the show, along side two other artists. All piece relate to the theme of social media, but Potter’s work with glass is even more grounded in the theme in her eyes. She said the internet itself runs on fiberoptic networks, with data being transfered through glass, the same medium she almost exclusively deals in.

“There’s all these weird layers of perception and meaning [in glass] that are distancing us from one another,” she said. And for those who might find themselves taking selfies with her work at tonights show, know she doesn’t mind. But, she hopes “people will be more present and stop looking through the glass.”