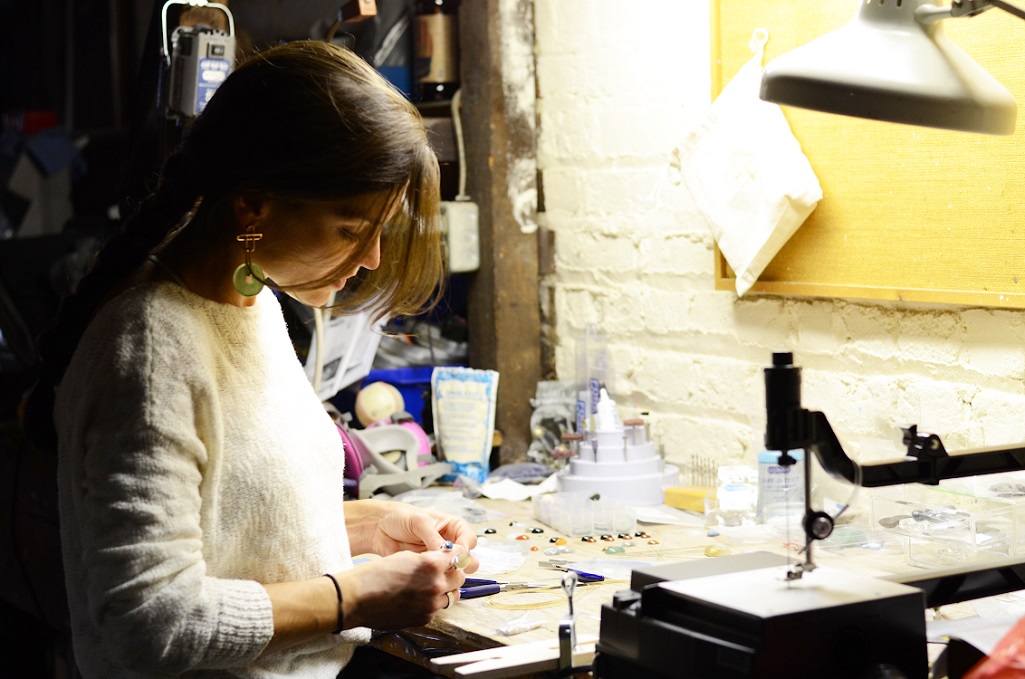 Pollinating Richmond: Anther’s Kim Jones Is A Maker With A Mission

A designer by nature, Kim Jones not only crafts handmade statement jewelry, but also works to pollinate the work of fellow artisans through her nascent small business, ANTHER.

What started as a passion project stemming from her love for painting expanded into the curated jewelry business known and loved by empowered Richmond women, and inspired by women around the world.

Jones first began experimenting with jewelry as an undergraduate student at the University of Scranton, and honed her practice during her time at the Savannah College of Art and Design. At first she described her curiosity with jewelry as an “arts and crafts thing,” and did not know her hobby would turn into anything.

Her ring design required careful attention — and a great deal of time. While learning the trade and after moving to Richmond, Jones took a couple classes from the Virginia Commonwealth University School of Art and Design. Then, she dove into the huge arts community here.

“It was incredible how much [Richmond] grew my design background,” she said. “Being in an arts community like that just had so much influence. It felt like my people.”

She then began creating the rings she now produces for ANTHER by metalsmithing with sterling silver.

Everything goes in steps.

Wrapping the stone, plating stone, plating wire, and soldering all of the pieces are only parts of the process in creating the ring. Much like her craftsmanship, Jones’ inspiration and eventual business creation, ANTHER, was created in steps.

When she felt inspired to share her craft, Jones decided against selling her product on platforms such as Etsy due to her background in web design and the already competitive and saturated market that existed.

“It made sense to own what I had, and expand on it,” she said.

And so, with a deep passion for craftsmanship and encouragement from friends and family, ANTHER was born. Sarah Tombes, a part of the ANTHER crew, became an early supporter of the brand while working with Jones at their full-time jobs together at CapTech, an IT service management company. They spent a lot of time together and discovered their similar aesthetic, and Tombes encouraged Jones to jump into the creation of ANTHER with a “just do it” mentality.

“There’s a lot of stuff I didn’t know about running a business, but you just learn along the way. If you have the passion for it, you’ll figure it out.”

For Jones, ANTHER was not just about creating and selling her own pieces, but rather allowing a platform for small, emerging artists to sell their product.

“The name ANTHER comes from the part of the flower that pollinates,” Jones said. “It works really nicely as a metaphor for what we do and what we stand for — which is helping these small artists pollinate their brand.”

And not just any small artists — Jones is determined to empower women through her brand, and make a place for them in the market. Between traveling and visiting craft markets, Jones meets artists in places such as Croatia, Peru, South Africa, and Mexico — where many of her clay pieces are curated from. Being able to take beauty from across the world and give it an opportunity to be seen by women here in Richmond is ANTHER, Tombes said.

Despite interest from big-box companies, Jones has stayed true to her roots. Rather than giving priority to highly exposed jewelry brands, Jones’ goal is to find small artists that aren’t sold at the big-name stores and allow them to grow.

“As much as I’d love to carry them, they’re already big,” Jones said. “Our customers are the reasons we exist, and I feel like they get forgotten in large retail spaces.”

The process to find artists is tedious, but Jones takes the time and care to provide quality products to her customers. Jones orders pieces to test the quality before telling potential artists that she’s interested in working with them, checking for the things you can’t tell from pictures, such as weight. In ordering the bone pieces pictured below, Jones ordered several before inviting the artist to join her brand.

“I honestly value quality so much,” Jones said. “So, that’s one of the things that I look at first.”

Jones seeks handmade, artisan pieces that are made from long-lasting organic material. But one of the most important, intangible qualities she looks for in her artists is the story that accompanies the piece. Jones’ story, for example, is her own heritage, having family roots in Spain and Cuba. The bright, beautiful colors and architecture of these two places inform her strong, yet minimalistic, style.

“It’s almost a little bit of everything,” Jones said speaking of her style. “It’s eclectic. It’s sometimes simple. It has a lot of personalities.”

Just like her personal line, she looks to artists to tell an interesting story with their work.

“It’s answering that question: Who’s made what I’ve worn?” Jones said. “I think that’s a cool story aspect of what our business is about.”

Jones compared her jewelry line to the many personalities of Richmond that she discovered while moving here following her time at SCAD in 2010 and uncovering the vast local arts community.

“Richmond has also attracted a lot of personalities, and I think that’s helped in regard to establishing my customer base,” she said. “I feel like I have so many different styles. I think it’s cool because it shapes people. It’s definitely part of what shaped ANTHER.”

“I think one of the most attractive things about Richmond is that although we have a very classic, old money, very preppy side to the city… it’s becoming a true melting pot of a city,” Tombes said.

Despite the differentiated personality and style of the brand, there’s consistency in the mission — to empower women. When Jones started ANTHER, she felt unsure about the launch of the brand, but discovered the strong mutual relationships among female-owned businesses across the city.

“You’re seeing so much diversity, so much culture, so much excitement, so many women-owned businesses, too,” Tombes said. “What’s so beautiful and so exciting about what ANTHER is that it’s saying, ‘Let’s be feminine, let’s lean into what’s so beautiful about being a female, and let’s do it in a powerful way.’”

With luck and networking, Jones garnered a mass of opportunities for pop-up shops to introduce her brand to the Richmond community. Through showcasing her product at places such as Dear Neighbor and Someday, Jones honed her business, and her genuine connections with customers. This face-to-face interaction with her customer sets her apart from big-box retailers and deepens the mission of the business.

“Being in person and doing a pop up is magical,” Jones said. “It’s insane. You get to talk to people in person. You get to see their faces. You get to understand your customers. There’s just so many benefits to seeing people. Just seeing their appreciation for your work or for other people’s work that you carry.”

As a supporter who regularly assists in planning and executing ANTHER events and pop-ups, Tombes describes her experiences with the brand as “contagious.” Jones takes the time to notice people and help them make their purchasing decisions, all while pushing people to their best, Tombes said. This contagious energy expands far beyond ANTHER events, and is rather a way of life.

“Just because you’ve got huge, gorgeous earrings on doesn’t mean you’re any less of a force to be reckoned with,” Tombes said.

To celebrate her customers’ stories, Jones said she planned to create a series on her website called AntHER, which would feature customers and learn more of why they’re making their purchases.

Although brick-and-mortar may not be in the immediate future for ANTHER, the curated line can be found online or at local pop-ups for now. Jones said she would know when it’s time to open a shop, and that she wanted to make decisions very carefully based on the need of her customers.

Not only has the brand grown during its nascent period, but so has Jones herself. Tombes said she’s a true ANTHER woman to the core; she’s a woman comfortable expressing herself in whatever way she needs to and wants to, without asking for permission to do so,.

“Yes, her pictures look beautiful and yes, this stuff is gorgeous, but she’s finding it in these really unassuming places. She’s finding the gem and bringing it out,” Tombes said. “I’ve watched it grow her confidence as well, and I think that’s what’s really important for other women.”

This confidence and authenticity, paired with empowerment, is the note Richmond female entrepreneurs are following, succeeding where other entrepreneurs may fall behind. 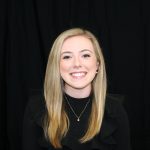