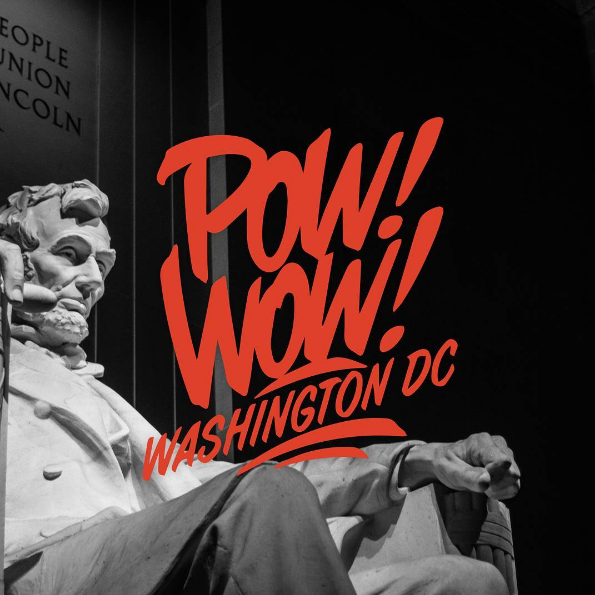 POW! WOW! Washington DC, the global art movement that celebrates culture, music, and art worldwide took over the District during the last ten days of May as POW! WOW! DC.

POW! WOW! Washington DC, the global art movement that celebrates culture, music, and art worldwide took over the District during the last ten days of May as POW! WOW! DC.

Thanks to those who have joined us for tours so far! Check out the @noma.bid site to sign up for the 6/2 #powwowdc mural tour.

Local, national, and international artists convened to enrich and enliven area neighborhoods with their murals. Two artists who will be involved in the Richmond Mural Project this year were featured Naturel and Jacob Eveland.

Check out our full interview with Eveland about his RMP involvement HERE.

POW! WOW! DC is lead by local DC artist Kelly Towles, along with many great partners and volunteers. Of the 17 participating artists, four represent DC including No Kings Collective, Decoy, and Matt Corrado with other artists from as far as Hong Kong (Caratoes), Honolulu (Jeff Gress), London (INSA), and Australia (The Yok).

In partnership with the NoMA Business Improvement District (BID), the majority of the murals were created on walls in the NoMa neighborhood and the old Ibiza Night Club, 411 New York Avenue, The Crucible Building and 1215 3rd Street.

We sent some questions to Towles and he shot us back a few answers.

Who are you and what was your role in POW!WOW!DC?
My name is Kelly Towles and I am an artist and Regional Director of Pow! Wow! DC.

Our readership might not know about the art scene in DC, is there a growing mural scene?
There is a small scene happening. Not as big as Richmond but it is a more conservative environment here – which can also play politics on how much art actually gets cranked out.

POW WOW was started in Hawaii, how did the project come to DC?
I invited Jasper Wong (one of the Founders of Pow! Wow!) to come and create a mural with Dabs, Myla and I on a 6 story old CIA building in the Navy Yards in 2014. We became friends and came to the conclusion that DC is pretty blank canvas would work really well for Pow! Wow! Here we are in 2016 and the first year went down amazingly.

How long have you been planning this? Did you already have the walls and artists picked out before working with POW WOW?
I have been planning over a year. A lot of the planning has to deal with securing the sites. How many walls you have can dictate how many artists you can have.

How was it different being the organizer and curator versus being an artist for this project?
Intensity. I have played both roles before. This time around it was very intense. You have more than just artists, you have wall owners, paint orders, and flights. A huge amount of things come into play and then the curve ball of other things you don’t expect like lifts dying, rain and crazy heat. Getting very little sleep each night. Making sure my family is good. The funny thing is, I wouldn’t trade it up for anything. It is such an amazing experience.

Congratulations on the press you received for the event! Did you feel your goals were met for this first year project? Are we going to have a POW! WOW! DC next year?
Thank you, this will be an annual festival and we only have lofty goal from here on out.

Kelly, what do you have coming up next?
I personally am in a group show in Vienna Austria Cash, Cans and Candy opening June 11th. I have a project with Puma coming up and a few big walls and that is pretty much just June. A lot happening and I am very stoked. I would love to come and crush a wall in Richmond soon as well.