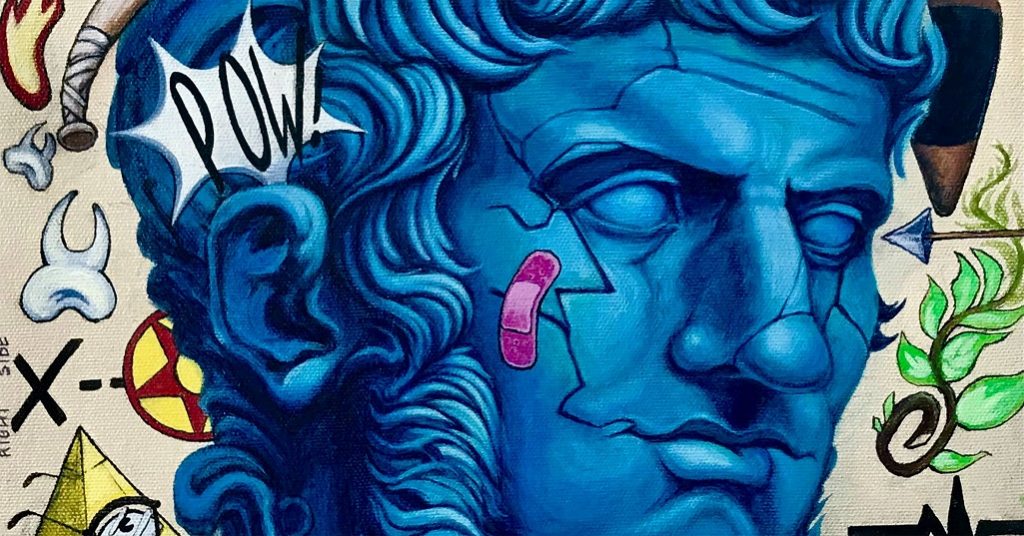 Ian Hess was just another art student trying to find his place at VCU. Getting lost in the sea of aspiring artists on campus, Hess flunked out of his drawing class. What could have derailed his career, though, ended up leading to his first solo show, when Hess found himself in a summer make-up course with Professor Ryan Lauterio.

The relationship that would form between professor and student would feed a storm of creativity and individuality brewing inside Hess, nurtured by the teachings of Lauterio. 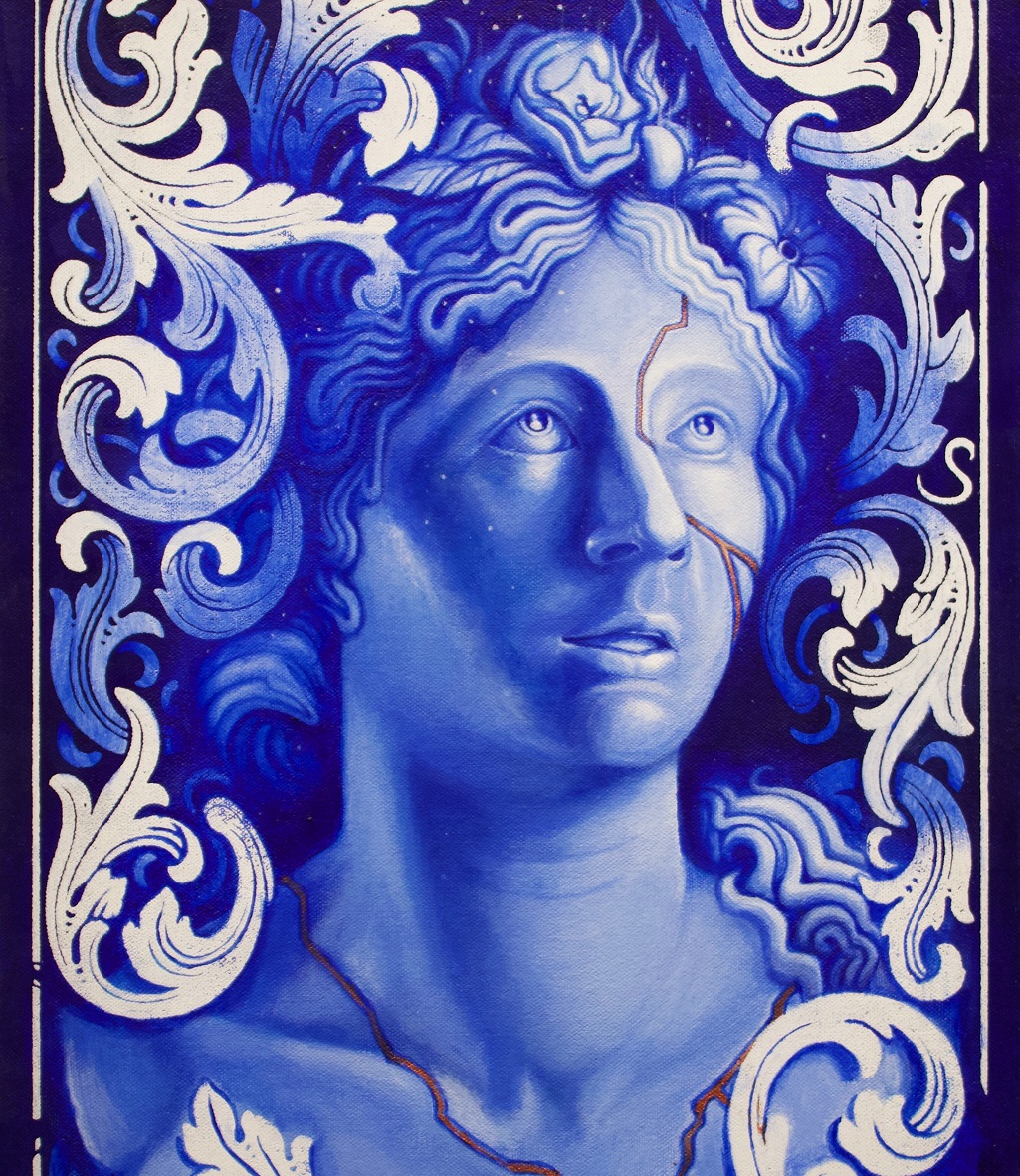 “This is solidly the most meaningful bar-none relationship in the arts that I’ve had. I’ve been injected, IV-style, into this overall process,” Hess, now 26, said while laughing.

Even after Hess completed Lauterio’s class and moved on to painting and printmaking, he kept up with his former professor. Lauterio, co-founded and director of Shockoe Artspace, invited Hess to regular critiques at the gallery, an experience Hess found more helpful than his university education. 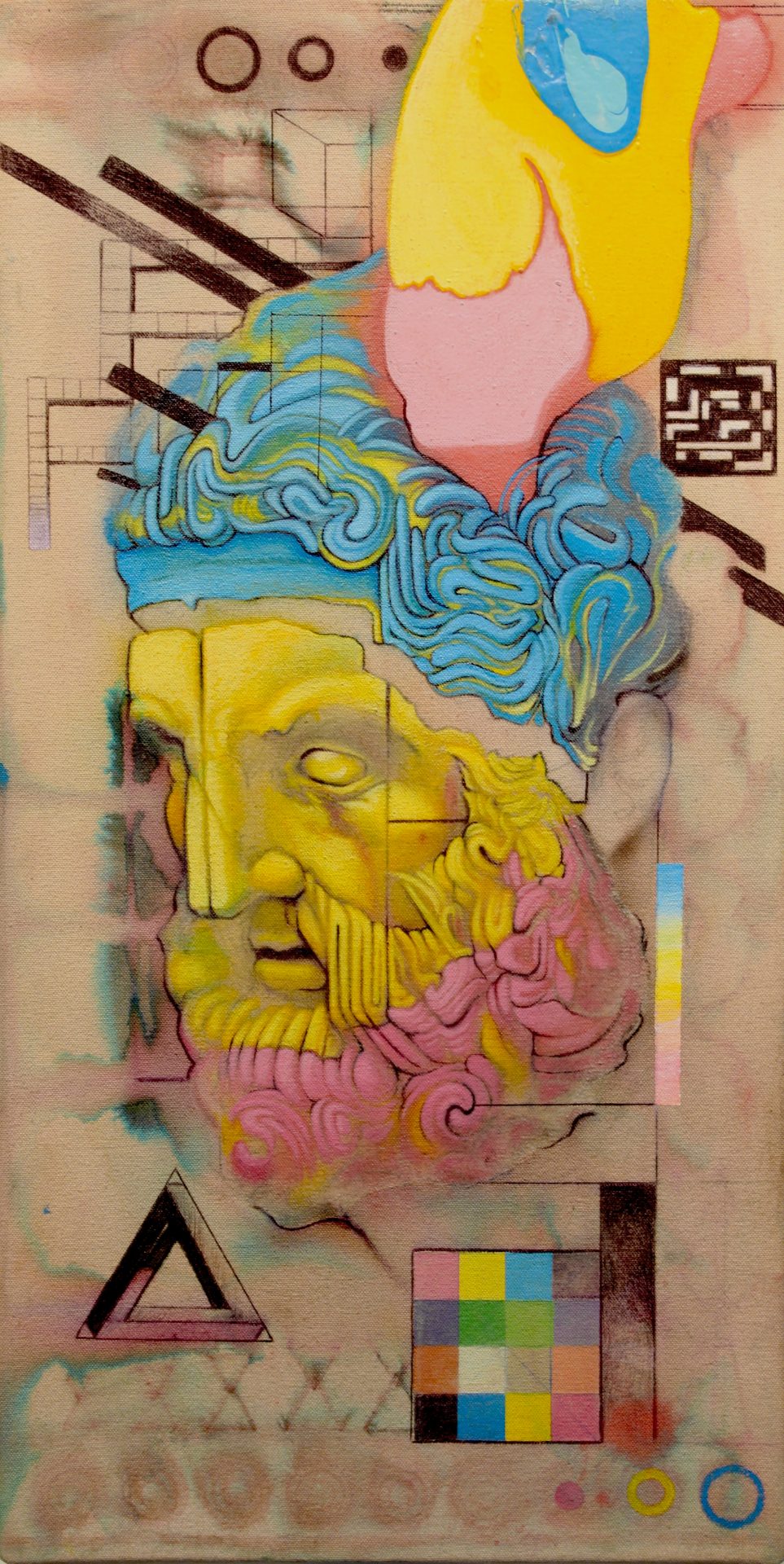 “During one of the critiques, I asked Ryan when am I gonna get a show here? And he was like, ‘Uhhh, I don’t know man, not anytime soon!’” Hess laughed. Years later, and after two other artists had to back out of doing a group show, Hess got the chance to debut his work at Shockoe Artspace with his solo exhibit, “Prometheus Rising,” which opened earlier this month.

Dozens of paintings and a few sculptures by Hess fill the downtown gallery. They’ve been inspired by Greco-Roman busts, Hess said. The artist feels drawn to the style and period by an interest in antiquity and the fallibility of the Greek gods. Despite the fall of Rome, and the noted flaws of gods like Zeus, remnants of Greek culture remain in American society today, enshrined in our democratic processes and displayed in great architecture.

“There’s some part of power that corrupts people, so even in the gods there was an idea of perfection, an understanding of what is human that could not be separated from any of their philosophies or religion,” Hess said. “There are things within this civilization that fell…that still stand.”

By bringing it back to the classics, Hess has created vividly intense images that are whimsical, erratic and bold.

His paintings are physically distressed, creating the appearance of character and age. Hess used a variety of mediums from etching to cross-stitching to even recycled arcade machine parts to create the artwork for this exhibit.

A unique feature of Hess’ work, even going back to his older art, is his ability to obscure the face. While this came out of Hess not feeling skilled at drawing faces, he has carved his own style out of broken fragments, literally, from Greek culture whilst studying portraiture.

Using busts that were either seriously broken or just had a chip on the nose, Hess gravitated towards these imperfect sculptures. “It’s the broken aspects that end up naturally in the work, and a large part has come through me,” Hess said, revealing that this project started after a romantic break-up.

“You’re thrust into the ether, the mercurial madness of chaos of trying to figure out what the hell is going on,” Hess said. “There is no doubt everyone’s going to experience loss and in some way, I’m trying to get those moments into the work.”

Hess said the pieces of art are having a conversation with each other, but he’s still figuring out what the dialogue is about. “If in the pieces, there is enough room that someone can insert their own story in such a way that it resonates with them more so than the reason it was created, then there’s nothing wrong with that,” he said.

It’s been a long journey from Hess’ school days to having his own solo exhibit. He went from holding down a job trying to teach people how to paint while they drank heavily, to now being one of the founders of local gallery, Endeavor RVA. Many aspiring artists have the dream of making their talents a full-time gig. When I asked Hess how he made this transition, he said it’s about taking every opportunity.

“It’s such an organic and relentless process but it’s one of those things that the work you put into it, you’ll get the rewards or experience or meet the right people,” Hess said.

The theme of the exhibit,”Prometheus Rising,” stems from the title of a book by Robert Anton Wilson. The subtext of “Prometheus Rising” is “Whatever the thinker thinks, the prover proves.” From a psychological perspective, this means that your brain wants to manifest the thoughts you have. For Hess, a quote from a book he read at 16, became a way of life.

“From this book and what it’s taught me, I’m gaining my own power through my thoughts,” Hess said. “I think we have unlimited power to make the most utopic, incredible vision for all of civilization ever.”

On the night of the opening, the gallery was filled with people gazing at beautifully bizarre paintings–many of which would be sold by the time I stopped in. The utopic and incredible vision Hess talks about came true in a space he stood in as a young art student only years ago.

“Prometheus Rising” will be on display until Nov. 24 at Shockoe Artspace, located at 12 N 19th St. Follow Hess on Instagram @ian.c.hess to keep up to date on his future projects.