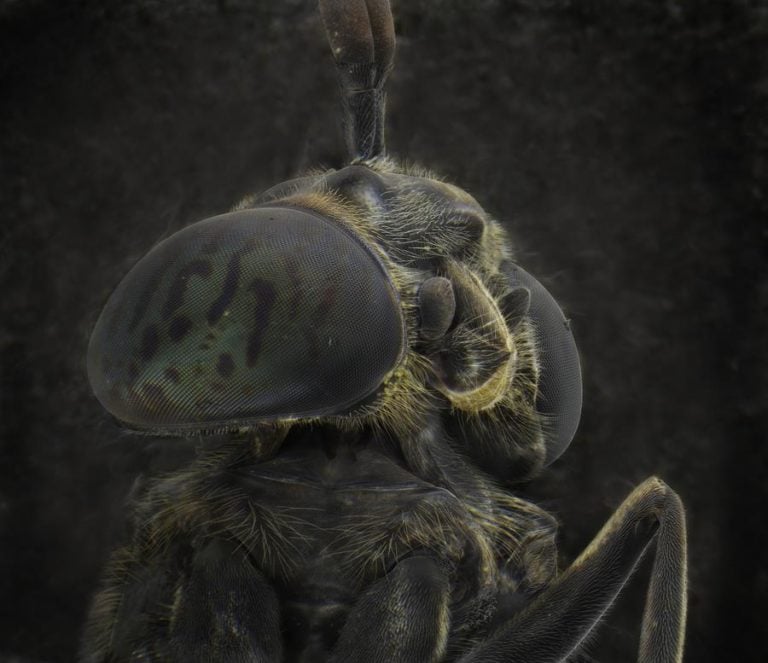 Science and art are such an uncommon intersection, which arguably makes for a curious theme. Candela Books + Gallery delves into this idea with eight artists in their latest exhibit, “Science As Muse.”

The exhibit, which features photographic works from Walter Chappell, Caleb Charland, Rose-Lynn Fisher, Pam Fox, Daniel Kariko, Michael Rauner, Robert Shults, and Susan Worsham, shares with viewers how each of these artists, in one way or another, interpret science and use it as an inspiration for their work.

“We conjured up the idea, I think probably with a couple of familiar names, sort of artists that we work with on an ongoing basis,” said Candela founder and director Gordon Stettinius. “We had people for whom science was pretty specifically a muse, and we thought about that as just sort of a broader topic. I think the early photographers really were sort of scientists or chemists engaged in pursuing some sort of alchemical dreams.”

Associate Director Ashby Nickerson said photography and science have always had this really close relationship and for this particular exhibit, the gallery received a wide variety of work.

“We got some vintage work, darkroom work, and then we also have digital alongside that, too,” she said.

The show itself houses roughly 45 pieces from the eight artists. As you walk through the show, it’s not difficult to notice a very particular flow, each piece telling its own story.

“There {are} a few people that we sort of hung their work all in one area, and then we did break up a few in both galleries,” said Nickerson. “Sometimes, that’s just because it’s a nice balance, or it helps support the other work. There’s some really cool relationships between a few of the artists. Pam Fox and Susan Worsham have a really nice relationship in my mind.”

Despite the fact that they worked separately, when placed together the artists seem to have a natural motif together in their work.  “With the group show, you start to see almost a composition. You want to see the formal elements, the circular kind of motif that’s going on. From Susan into Pam into Susan, or the rhythm when you have color and black and white work, you kind of want it to feel kind of balanced,” Stettinius added.

Susan Worsham, a Richmond native, discovered photography while she was in college and found her muse through her neighbor Margaret, a biology professor.

“Through Margaret, things like the picture with the bread, ‘Communion’, by taking that home and letting it rot, and seeing how it changed, through that process, and the process of making art, and the process of visiting her, it slowly, like the circle of life, it’s become more about life,” Worsham said. “I bring [the bread] to Margaret and she shows me the penicillin which is a healing fungi, and I start to see.”

Worsham said she normally doesn’t delve into science too much in her work, but a fond memory from the third grade, which has stuck with her to this day, also inspired some of her pieces for the exhibit.

“My dad was a chemistry teacher and he came to our class {for} show and tell, and he dipped flowers into liquid nitrogen and then he broke them on our desks, and I was so amazed,” she said. “The flowers shattering, I still think about that today. Because the beautiful gardens, bittersweet things that are beautiful, but then shatter…I make all of these connections in my work, and Margaret has helped to make the work richer and broader.”

Worsham’s view of the world through her work shows her dedication to the beautiful, small moments in life, and in turn, aims to find a comfortable balance between not only her view of the world, but of Margaret’s as well.

Pam Fox, also a Richmond-based photographer, already had some pieces that perfectly fit into the concept the gallery had for the exhibit when they approached about showcasing her work.

“I made this body of work a number of years ago, and Gordon remembered it,” Fox said. “I work at a college, Hampden-Sydney that is really, really old, and I found, with some help of my colleagues there, this stash of this old science equipment that had been in the attic for 50-70 [how many] years, and I just fell in love with how it looked.”

Fox, who received her MFA in photography at Hampden-Sydney, is currently a professor at the Prince Edward County-based liberal arts school and like Worsham, found her scientist muse for her collection within the story of a photographer. 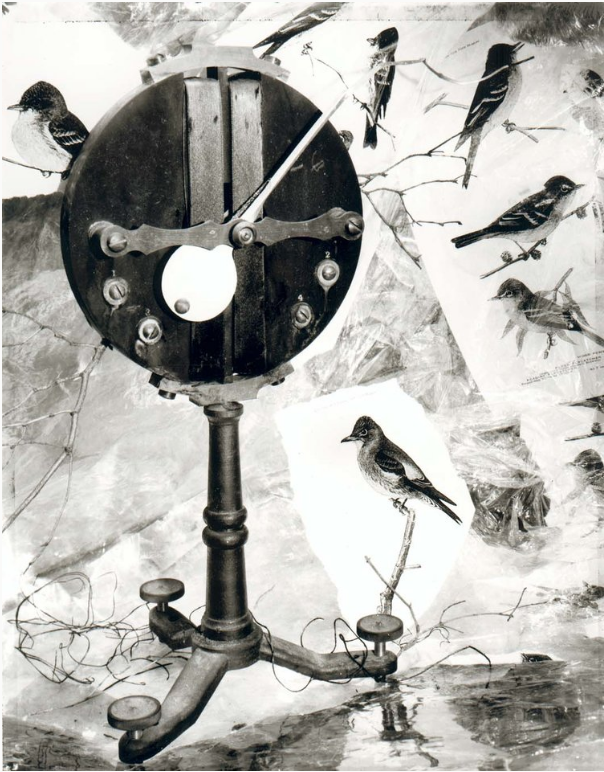 “I’ve thought a lot about Gordon’s idea of science as muse, and I was thinking, ‘well, gosh John Draper’s kind of my muse because his presence is still there,” she said.

Draper, a professor at Hampden-Sydney in 1836, was also a historian, photographer, and scientist who is credited with producing the first clear photograph of a female face.

“His old camera is there, some of the equipment he might have used is there. And the fact that he was a scientist and a photographer,” Fox said. “Here’s this guy who’s inventing how to make a portrait. Like, he took a lens from an old telescope and fitted it onto a box and really, some people believe it’s the first camera in the United States ever made.”

With so much potential through the Science as Muse premise, Stettinius said there is a possibility of a second exhibit and more.

“We have found a ton more interesting people. It’s just a really kind of ripe vein that we will need to explore again. So, we thought about maybe we could do this in a sort of follow up or a really awesome book potentially or something,” Stettinius said.