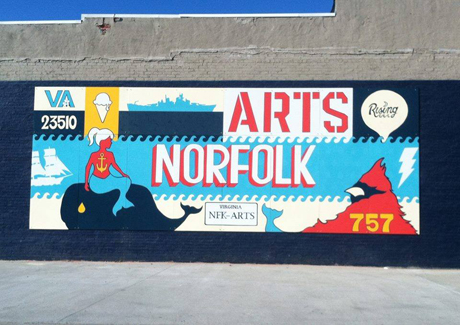 The good people running Alt Daily have been keeping us in the loop on the fantastic developments happening in Norfolk Arts District for years. There is a progressive movement to educate city officials on being focused on the arts and supporting public art projects in the hopes of fostering creativity and building a town’s unique character.

The good people running Alt Daily have been keeping us in the loop on the fantastic developments happening in Norfolk Arts District for years. There is a progressive movement to educate city officials on being focused on the arts and supporting public art projects in the hopes of fostering creativity and building a town’s unique character.

Some of the same ideas that have spread into Richmond are creeping to our neighbors and it’s exciting to watch our neighbors to the south-east grow.

Alt Daily editor Jesse Scaccia has been in the thick of the conversation and had plenty to say about how it started and where its going. 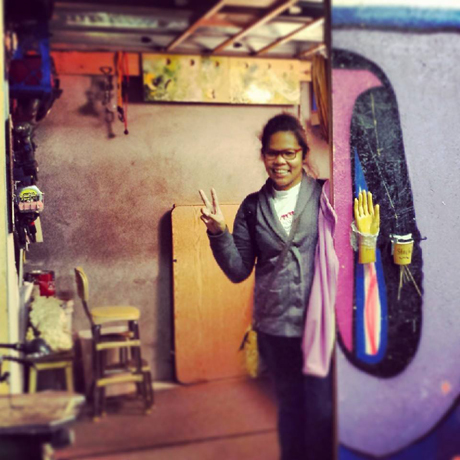 In your opinion, why does Norfolk need an official arts district?

There are a number of ways to answer this, and all of them are compelling to me.

Another major factor is that we have an incredible amount of ’emerging’ talent that doesn’t get enough credit or attention. It’s very hard to be a working professional or creative person in Hampton Roads. Hopefully an arts district leads to more creative jobs, and helps spur an atmosphere where creativity has greater value–thus creating a broader marked for what our artists, musicians, artisans, designers (etc.) create.

The attractions of Downtown Norfolk stretch north of Brambleton Ave., which right now is something of an 8-lane moat. The arts district is a bridge between the new Waterside, the Wells, Granby Theater, the mall, the new conference center, and places just a few blocks away like The Chrysler and the Opera. This is a rare opportunity to add functional blocks to our urban core without displacing any residents. It’s smart growth.

This is the big one for me, more important than the rest on a personal level: the fabric of our American society is melting into this mass-produced, lowest-common-denominator everywhere-is-anywhere sameness that I find soul crushing. We need artists to remind us that there are ways to think differently. The corporations that control mass media are consolidating, and with every merger a little of the independent spirit of our society becomes muted. There has got to be art that could–and will–only have grown from the current zeitgeist. It’s how we know who we are. Art is how we know we still exist. 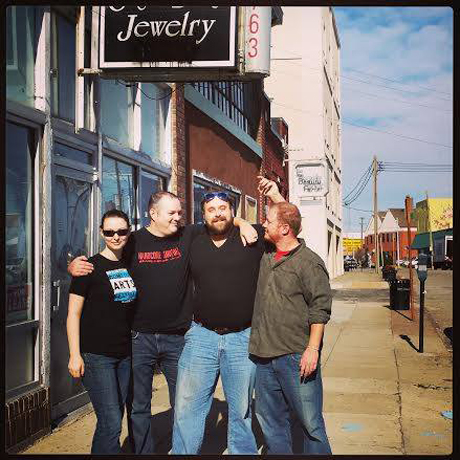 When did the idea start to materialize?

My partner at AltDaily, Hannah Serrano and I, have talked about this as the big project we wanted to chase for 4 or 5 years now. I ran for city council two years ago, and this was an important part of my platform. After I lost it was fight or flight: head back to New York or double down here. I called Hannah, who had a foot out the door too and, in a moment that now sounds terribly melodramatic, we agreed to take on this one last project together. So that’s May 2012. We spent the next few months putting together a 100-page document with precedents, maps, organizational vision, quotes from stake holders, the whole nine. Hannah killed it on that thing. We called it The NEAD Project (Norfolk Emerging Arts District). From there we started meeting with people to refine the idea and get them signed on as supporters. We met with the majority of the city council, city manager, all the relevant arts institutions, property owners, artists. I was put on the City Council retreat agenda later that year. By the next Spring the City had got behind the concept with the Better Block weekend. From there it’s just flowed. Better Block showed in 3D what that neighborhood would look like as an arts district. There was no more selling a vision—there was recreating long term what people had already seen with their eyes.

This is one of those ideas that a lot of people can claim to be vital in working to create on some level. The Downtown Norfolk Civic League and Kevin Murphy, Re:Vision Norfolk, and the City’s Planning office under Frank Duke, the City Manager’s Office and Better Block, Public Art Commission and Karen Rudd, Councilman Andy Protogyrou, to name a few. 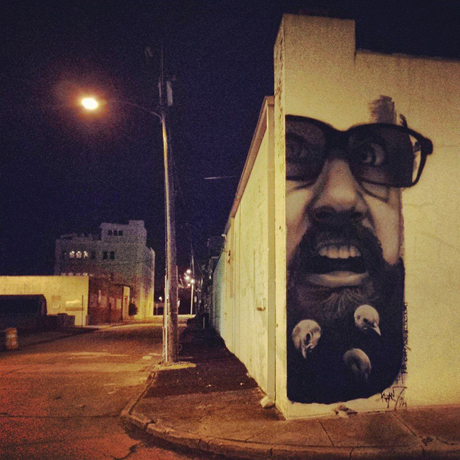 What needs to happen now?

A non-profit has been formed to support the development of the neighborhood. We have an interim executive director, who is being funded by the Downtown Norfolk Council and GROW. We have our big workshop this Saturday. We’ll have our objectives and goals sorted out then.

There are a few essential elements that will fall into place as the opportunities present themselves. We need good public art. We need creative businesses with customer affinity among each other. We need all the residential planned for the neighborhood to take shape. There’s some major parking/zoning issues that are in the process of being resolved. I’d like to see more bike racks and bike lanes. It’s going to be important to do something to better present the boundaries, particularly the 3 major gateways. Making the Granby/Brambleton crossing is of particular importance.

Where is the money coming from? Is the city been pro active in helping this?

There’s no one primary source. The City’s Public Art Commission was a major leader in allocating funds to the neighborhood for art. A good chunk of that went to a program where Norfolk Public School students worked with professional artists in creating art. There have been some private donations—to get the mural on Bob’s Gun Shop paid for, as one example. In the next 3-12 months the fundraising, grant writing, and begging will go into full effect. I don’t see the City directly contributing to ‘the arts district’ so much as fixing sidewalks, working on the flooding, dealing with their own rotting property in the neighborhood, and other critical basic physical needs. 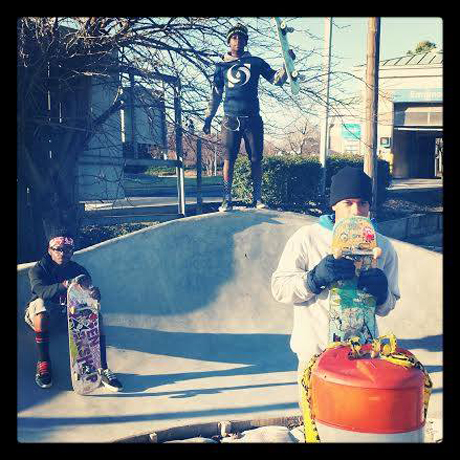 Have you looked at other city’s art district for ideas?

We looked at a number of them–that was a major part of Hannah’s vision document. What’s happening in RVA is definitely a major source of inspiration. It paved the way.

In the year or so we were developing and pitching the idea I took trips to Art Basel and Wynwood Walls, and to the Biennale. On that same trip we checked out the East Side Gallery, which was mind blowing and one of the ultimate examples of how everything is an opportunity for art. 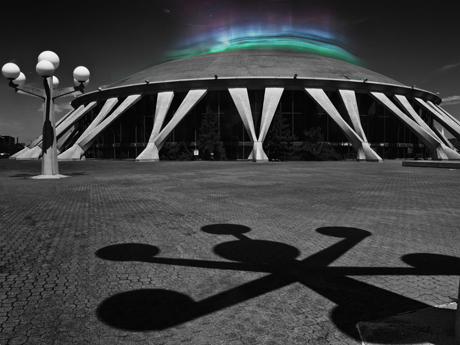 Is there an end goal to achieve?

For Norfolk and Hampton Roads to feel a little bit more like home to all the kids (and adults) who feel left out around here. And to add a little whimsy to people’s lives. If every day somebody walks through that neighborhood and chuckles and says to themselves, What the fuck, we’re doing our job.

Thank you Hannah and Jesse. You guys are rad.