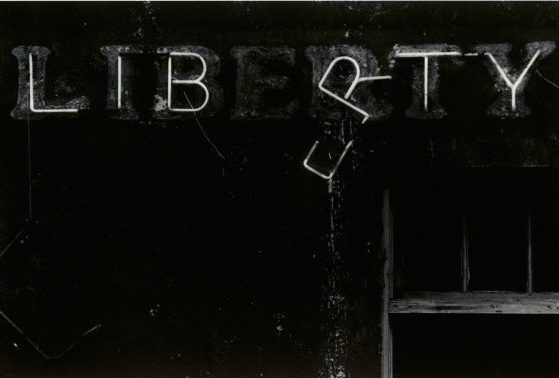 Truthful Witnessing: Images From The Black Photographers Annual At The VMFA

James Baldwin, hands clasped behind his back, stares off-camera in the black and white photo that opens Truthful Witnessing: The Black Photographers Annual, Volume 3 at the Virginia Museum of Fine Arts. The arresting image by Anthony Barboza doesn’t appear within the annual, but an essay by its subject, Baldwin, does, as an introduction. 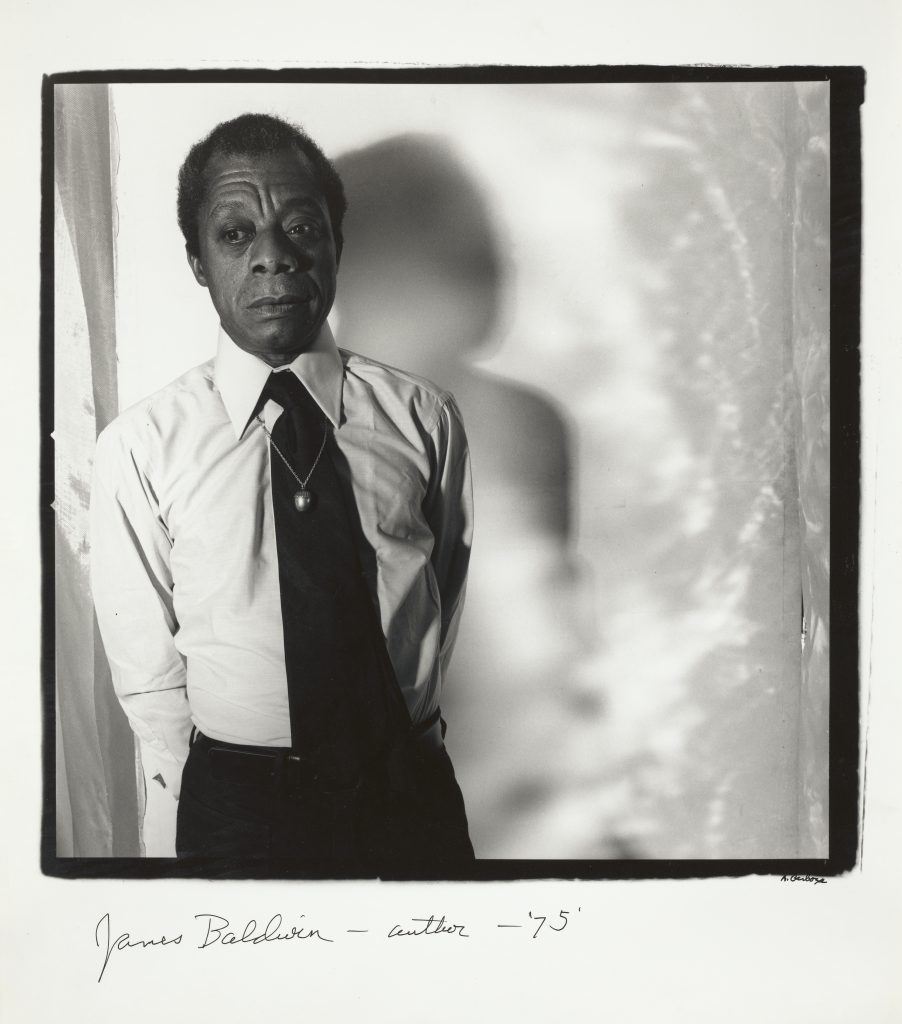 Themes from that essay by one of America’s greatest authors run throughout the entire exhibit, from the name “truthful witnessing”, taken from a line describing the volume, to the selection of images that focus on the experiences of black men and women as photographed by black artists.

Inspired by the essay, and wanting to feature artists who she wouldn’t have other chances to show, curator Dr. Sarah Eckhardt admitted she “cheated a little” in selecting contemporaneous works “that could have been in the annual” and would “fit the theme of testimony found in Baldwin’s essay.” Like the companion volume, the exhibit of 20 images is the third in a four-part series showcasing work by photographers who appeared in four-volume annuals. The original volumes were produced in 1973, ‘74, ‘76, and ‘80 as an outgrowth of the Kamoinge Workshop, a collective of black artists whose name translates from the Kikuyu language of Kenya into English as “to work together.”

The volumes were intended to promote the work of black photographers, Eckhardt said, saying they “came out of the lack of opportunity for black photographers in mainstream media.” The board of the museum undertook a similar goal in 2015, establishing a five-year strategic plan to increase representation of black photographers. One significant step toward that goal occurred in 2016 with the acquisition of a Kamoinge founder, Richmond-born Louis Draper. Everyone wanted it, Eckhardt said, but “we built a relationship with the family, and made a promise to his sister to show it here. She wanted him to be known in his hometown.”

It was that archive that made the current exhibition possible. After reading an article about Draper and the annuals, Eckhardt reviewed their archive and found all four. “I was just absolutely struck by how beautiful they were,” she said. 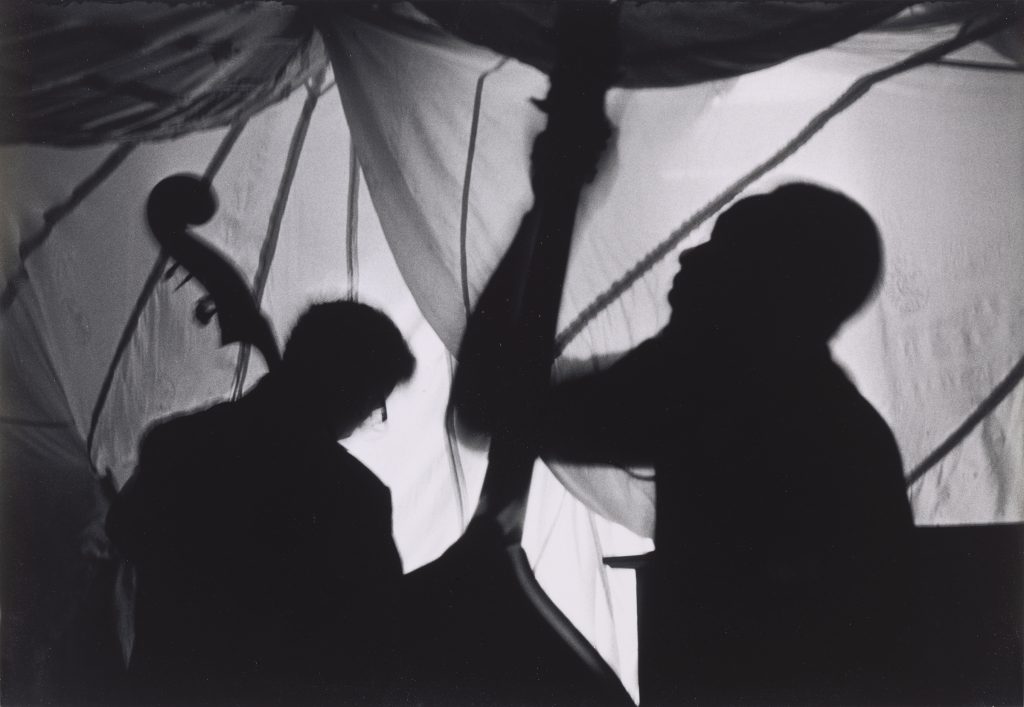 With all four volumes available at the VMFA website in digitized form, it’s the works Eckhardt selected that didn’t appear in the annuals that stand out. Among them, three pieces by Mikki Ferrill, who appeared in volumes one and two. “I only acquired her work in time to show it now,” Eckhardt said, describing the series as a chance to highlight exciting acquisitions as they come in. Ferrill wasn’t a Kamoinge member and only appeared in the first two volumes. “I won’t have another chance to show her work for a while, but I think it’s amazing, I just wanted to get it out there,” she said.

The artist excelled at “showing relationships” Eckhardt said, pointing to one photo where a woman gives a man a dubious look as he speaks, over and beyond her to an unseen audience. “She captures the glance at just the right moment,” Eckhardt said. Although there is no other context, the work shares an intimate moment between two people that feels familiar and immediately recognizable. 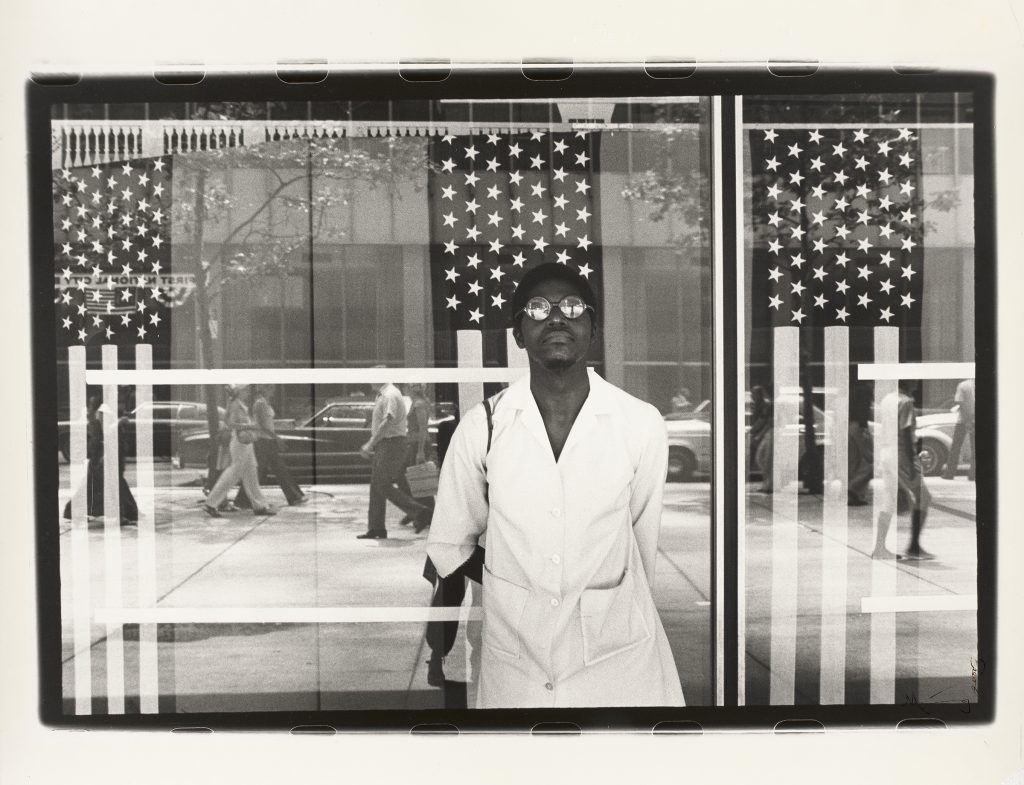 Another piece that could have appeared in the volume but didn’t is Ming Smith’s “America seen through Stars and Stripes, New York City, New York.” Smith appeared in all four annuals, but this striking image of a man in mirror shades in front of hanging American flags did not.  “It fit so beautifully with the theme of Baldwin’s essay,” Eckhardt said, adding that she paraphrased a long quote from that work on the photo’s label.

That quote, which brings to mind Donald Glover’s recent music video for “This Is America”, begins by acknowledging 1975 as the American Bicentennial, but goes on to question the significance of the date. “I am writing this at the very beginning of the Bi-centennial Year,” Eckhardt said, reading the label. “But I have no real interest in America’s birthday, since I no longer expect Americans to grow up. Americans have, themselves, made the date irrelevant precisely by their avoidance of the testimony here recorded, and by their inability to face the truth concerning themselves and that history which has made, and makes, the lives of all black and non-white people so dangerous and so hard.”

Eckhardt compared the essay to a statement by Ming about her piece, in which the artist “quoted an aunt who said, “If you had seen the things I’ve seen…” she doesn’t share the details, but she was talking about the pain of being black in America. It all comes together.”

Pointing to Baldwin’s quote, she added, “This was in 1976. He was just so current…or maybe we’ve regressed.”

“Truthful Witnessing” remains on display in the photography gallery until Oct 2018.