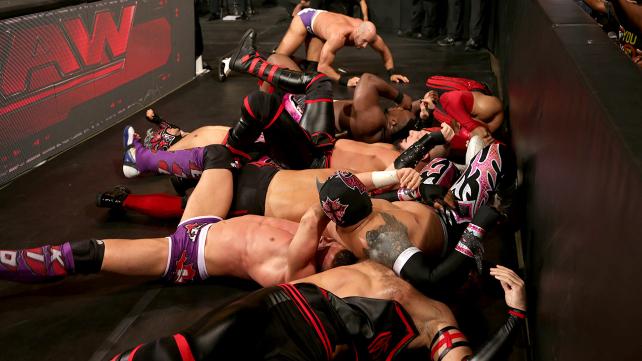 WWE returned to Richmond last night at the Coliseum for a taping of Monday Night RAW, live on the USA Network in one of the most note-worthy shows of the year for reasons both great and alarming.

WWE returned to Richmond last night at the Coliseum for a taping of Monday Night RAW, live on the USA Network in one of the most note-worthy shows of the year for reasons both great and alarming.

Debuts, blow-offs, heel turns, and more were contained in this three hour show following WWE’s Payback PPV the night before making it one that any fan would regret missing live for years to come, much like the epic Chris Benoit and Kurt Angle match in 2000 or the infamous TLC match from 2006. In a night that will be talked about in the wrestling world for most likely years to come, here are some of the key takeaways from the show.

The most noteworthy part of the night, and easily the best, was the debut of Kevin Owens to the main roster in a segment that’s been unanimously praised by fans, wrestlers, and critics across the board. Dave Meltzer of the Wrestling Observer went so far as calling it a “modern version of Jericho-Rock” on Twitter, which is in reference to the now-legendary 1999 segment when Chris Jericho debuted in a verbal show-off against The Rock. 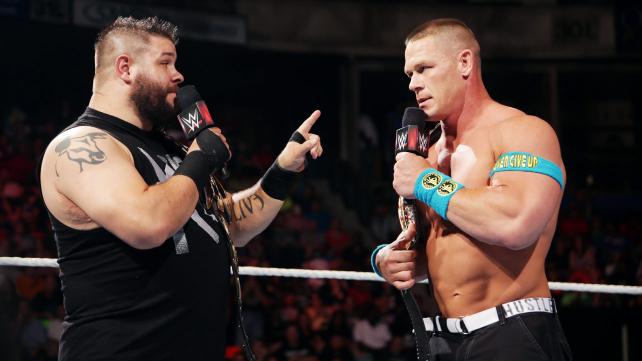 Kevin Owens, beloved by many for his years of solid work on the independent circuit and with Ring Of Honor under the name Kevin Steen, is the current NXT Champion which is the highest championship in WWE’s developmental system. We’ve seen a rash of NXT debuts since WrestleMania with Lucha Dragons, Neville, and Sami Zayn all popping up on television and while all of those were unexpected and satisfying surprises, this one was clearly superior in every way. Owens was positioned to not only look like he could hang with John Cena in the ring, but that he might even be a step above him, something that’s yet to be done with John Cena’s recent US Open Challenge. Owens has all the makings to be a true headliner in WWE for years to come and it’s great to think that Richmond will be known as the place where he first made his presence felt. This segment will surely be re-played for years to come and any fan knows how great it will be to be able to say you saw it live. 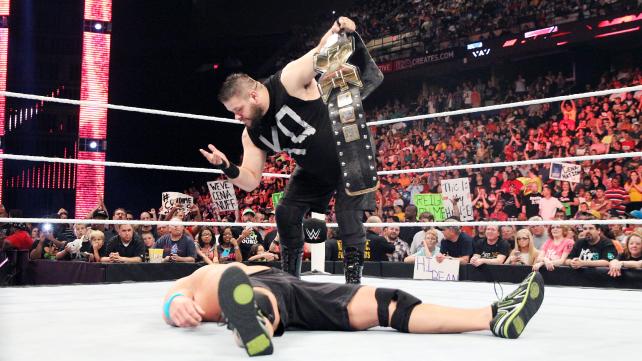 Speaking of NXT, it was great to see the brand mentioned and pushed a lot more than it ever has before. Not only did Kevin Owens truly elevate the belt, but the subtle mentions of the brand throughout the night were great. Neville mentioning he beat Bo Dallas for the belt was a good layer to what could be just a throwaway feud and the mention of Seth Rollins being a former NXT Champion at the end of the night was a great representation of it being a stepping stone to greatness. This all might be because of Wednesday’s NXT special, TakeOver: Unstoppable, but it’s still nice to see the title and brand itself elevated on WWE’s flagship show. 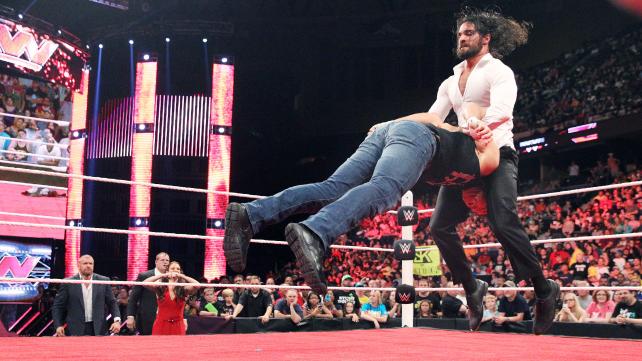 The WWE Tag Team Championship re-match between champions Big E & Kofi Kingston and Cesaro & Tyson Kidd might have been a let-down due to the time of the match and the cheap finish, but the wild segment that followed probably delivered more for the live crowd than a fifteen minute match could have. The Tag Team Championship will be defended in a six-team Elimination Chamber match in two weeks and at the conclusion of this match, each team that will be in the match ran out for a huge brawl that saw a great mix of high-flying stunt work and big man power moves. Even though you could hear the groans at some of the teams running down (just go away Ascension), the crowd was rabid for this entire segment just waiting to see what would happen next. At the end of the segment, Darren Young and Titus O’Neil, the Prime Time Players, surprisingly stood tall for perhaps the first time ever in their two runs as a tag team, something that might signify the company’s renewed interest in the two.

Rusev and Lana had their split that’s been teased for months now with Lana becoming the sympathetic beauty to the cruel beast. While the break-up was cliche and predictable, it was still very well pulled off by both Lana and Rusev and got such a strong reaction that it seems to justify the rumors that Vince McMahon is looking to make Lana the female face of the WWE soon. This segment worked, but the segment later on between Lana, Dolph Ziggler, and Rusev seemed to come across as more of a mixed bag even if Richmond did come alive for the two making out in the ring. With no interaction between Dolph, Lana, and Rusev before this segment, it just came off as bad writing for a bit, even if the three of them gave it their all.

The Give Divas A Chance movement continued to be a mixed bag as the Divas Championship match between Nikki Bella and Naomi was put in the death segment of the night, or the penultimate segment of the night that traditionally receives the weakest reactions of the night. It didn’t matter that the match was one of the better Divas ones of late and arguably Nikki’s best to date – the crowd had been there for over three hours by this point and it’s just a lot to ask of any crowd to stay excited for that long. The crowd did come alive in the last minute of the match before Tamina Snuka interfered on Naomi’s behalf ending another title match in a flat disqualification. Paige ran out to a great reaction to clear the ring before inexplicably turning on Nikki afterwards and making a claim as the new number one contender. Paige as a heel is far better, but this is beginning to feel like Big Show’s career as Paige has now shifted from face to heel four times in just thirteen months. It’s getting ridiculous and it’s not making us care anymore about a division that has far more potential than WWE’s writers apparently think.

The segments throughout the show with Dean Ambrose and Seth Rollins were solid and well-written for the most part, but a lot of it just fell flat, especially in the main event segment where the absence of crowd reactions was pretty alarming. Part of it is that we’ve seen this segment (and feud itself) many times before, but also the crowd was visibly tired (a running theme for RAW of late) and seemed to be waiting for something, or someone in Roman Reigns. In fact, Roman Reigns didn’t appear on television at all, but did appear before the crowd in a dark match following the conclusion of the USA broadcast. Reigns got perhaps the biggest reaction from the crowd outside of John Cena and it might have been on-par too considering a vast majority of the crowd waited for him all night and were under the impression he wasn’t going to appear late in the show. For someone who was getting completely destroyed by the crowd just a few months ago, it was great to see the Coliseum be completely behind him and even better to see that Reigns came out of WrestleMania stronger than ever after coming up short in the main event.

Other good things of note from the show included Ryback verbally shutting down (and seemingly impressing) Stephanie McMahon, Zack Ryder making a rare televised appearance (and getting a nice pop), the crowd really enjoying themselves during the entrance of Bray Wyatt and Fandango, and Sheamus upping his game more and more as a heel. Most of the bad things of the night were things that were more disappointing than actually bad. The crowd was deprived of Neville’s stunning acrobatics as well as Randy Orton in general, which sadly ruled out the possibility of seeing an RKO from out of nowhere. Perhaps the biggest disappointment was just seeing Stardust becoming a one minute jobber. The writing has been on the wall for a while for this one, but it still stings for sure.

Despite the minor disappointments though, it was a good and noteworthy show that blew last year’s RAW in Richmond completely out of the water. It was a show that had plenty of long lasting effects on WWE’s ever-evolving canon and one segment that will be replayed so much over the next decade, it will make anyone who missed this show groan audibly whenever they see it. WWE proved a lot of things last night such as their ability to properly elevate championships and also that it’s extremely hard to get a crowd to stay alive for a Monday show running over three hours. More importantly though, WWE proved that the lavish pageantry of their events never gets old and it’s always worth seeing live no matter what the circumstance. Whether it’s another RAW or just a house show, don’t miss it when WWE comes through town. There will always be something to regret if you do.