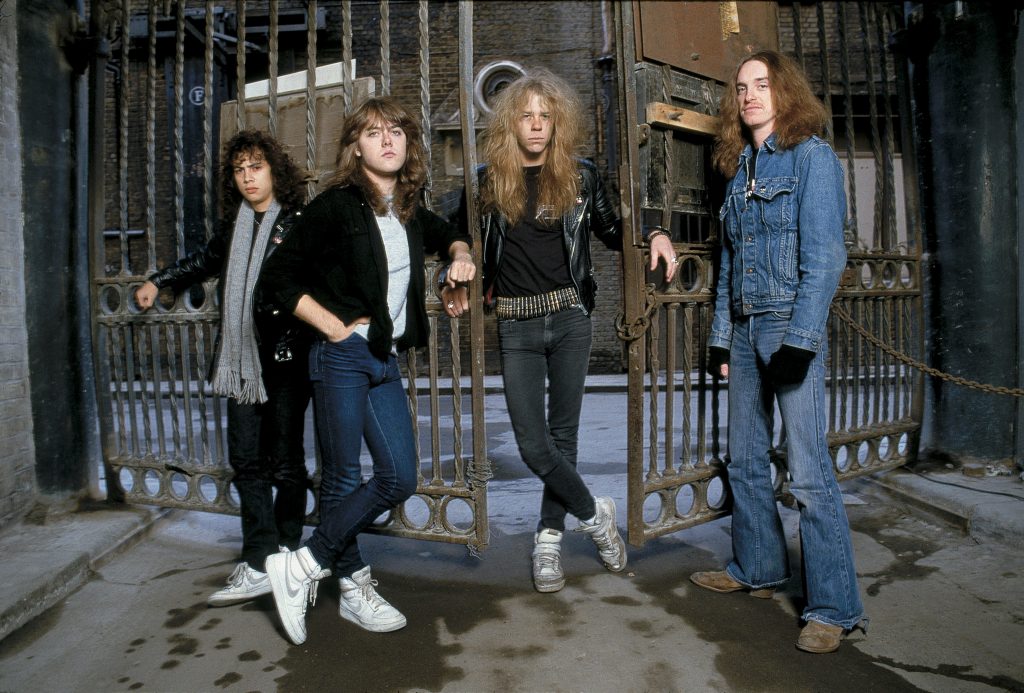 What started as a pet project to catalog the tours and recording process of Metallica’s first five albums has evolved into a book capturing the narrative of this formative time in the metal behemoth’s history. And this weekend, author Harold Claros-Maldonado will debut and discuss his book, titled, “…And MetallicA For All.”

Claros’ book tells the story of Metallica’s rise, from behind the curtain, where the consequences of unabating grind are hidden from the gallery. Additionally, through interviews with over 20 fans who saw Metallica live in their first 10 years in D.C., Virginia, and Maryland, the book illuminates just what the music meant, and continues to mean today. Through this dual-lens, Claros creates a work of recognition and gratitude–of appreciating the turmoil, out of which spawned an outlet and community, generations strong, for angry kids everywhere.

“Initially, I just wanted to make a little pamphlet for myself,” said Claros. “I’m a history major. I’m obsessed with dates and people’s ages.” However, Claros’ studious attention to the timeline of this decade in Metallica’s history began to flesh out a narrative. It became clear to Claros that the drudgery behind the band’s rise from the garage in California to the cover of Rolling Stone was imperative to understanding the story of Metallica–from the production of certain albums to the personal struggles of the members.

From 1983 to 1993, the band released five albums and toured worldwide for all of them during those years. “In the book, I explain there are a lot of reasons as to why certain albums, maybe sonically, didn’t sound as well produced as others because of this Metallica train going 100 miles per hour forward.”

One of these anecdotes details how Metallica rushed the recording process on their fourth studio album, “…And Justice For All,” so that they could support Van Halen on their 1988 tour. “Then band leaders James Hetfield and Lars Ulrich, on the days off, would fly to New York to produce the album and then fly back to continue the tour,” said Claros.

“…And MetallicA For All” also delves into the personal toil experienced by the band. Claros focuses in on the band’s struggle to healthily navigate grief following bassist Cliff Burton’s death after Metalica’s bus crashed during the “Master of Puppets” tour in 1986.

“The book slowly became this sort of Cinderella story of dreams, of expectations, of death,” said, Claros. “How do you deal with death at a young age? [The book] deals a bit with self-medication through trauma, with Cliff Burton’s death, they didn’t go see a therapist, there was no time off. Within a month, there was a replacement and they were back on tour.”

In addition to the inside perspective, “…And MetallicA For All” also brings forth a fan perspective through an unlikely regional lens–stories from the fans that witnessed the west coast champions of metal in our own backyard (or, our greater backyard area, at least).

Throughout the writing process, Claros conducted interviews with fans who saw Metallica in Richmond, DC, Baltimore, and other Mid-Atlantic cities on their constant tour cycle supporting their first five albums.

“I wasn’t interested in telling the side of the fans,” said Claros. “But the more research I did, I found out they played in the DMV [area] for every single tour, so it was almost inevitable to ask the fans about these shows.”

Again, within the process of writing the book, Claros’ vision for it broadened as these interviews with fellow Metallica fans became about more than just the show they attended, but what the band meant to them.

“People hadn’t asked them these questions,” said Claros. “People got pretty open with me–like, there’s some backstory to some of these people that’s some pretty real heavy shit with family and divorce, addiction alcoholism.”

There’s something sublime to be drawn from this unanticipated, yet, organic widening of the book’s scope. In writing about a band as prolific as Metallica, is the full story being told without this fan perspective? Music in general has always been an outlet for a community, but this is especially true for metal and other crude descendants of rock and roll. The intensity of bands like Metallica is a flame stoked by every wide-eyed kid, bursting at the seams with potential energy, looking to flail with unadulterated feeling, free from judgment.

Claros said he feels fortunate to be able to share his passion with so many fellow fans. “This is the only band that deserves us as fans, I feel. Just passionate, loyal, always supportive, and they’ve given me nothing but happiness throughout my life,” he said. “Because of that, what better way to show my loyalty than to tell their story?”

To bring the fans’ stories to life, Claros recruited local artists Carlton Nivens, Teo Chu, and Tyler Keylon to illustrate them. “[The stories] are so funny, they’re so vivid,” said Claros. “I have stories of people sneaking backstage and smoking weed with Lars and getting in fights in the mosh pit and all this nutty stuff and it felt like a movie and I wanted an artistic way to show that.”

Happiest of Tuesdays, comic fans! Welcome back to your Richmond Comics X-Change: GalaxyCon 2020 Preview Edition. This week we see the... READ MORE

Happiest of Tuesdays, comic fans! Welcome back to your bi-weekly stop for comics and pop culture news in the River City. Every issue we... READ MORE

“We Have An Unhealthy Relationship With Food In Thi...

Happiest of Tuesdays, comic fans! Welcome back to your Richmond Comics X-Change: GalaxyCon 2020 Preview Edition. This week we see the... READ MORE

Happiest of Tuesdays, comic fans! Welcome back to your bi-weekly stop for comics and pop culture news in the River City. Every issue we... READ MORE

“We Have An Unhealthy Relationship With Food In Thi...