Nona Brightened Up My Week With Pop-Punk Awesomeness - RVA Mag

Pennsylvania punk rockers Nona paid RVA a visit on Wednesday night, playing a matinee show at Strange Matter to a small but enthusiastic crowd. With solid local support from Springtime and Missives, the show was fun throughout–the only sad part was that more people weren’t on hand to see it go down. 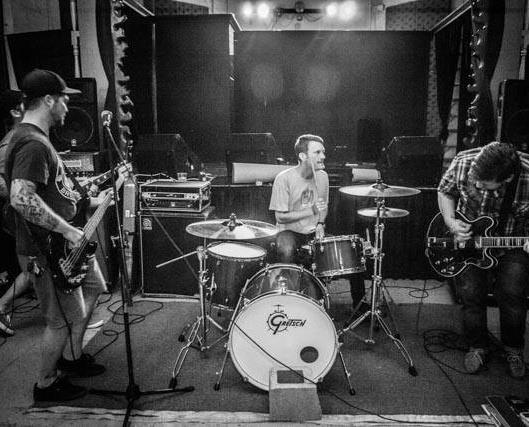 Things kicked off with an uneven set from local quartet Jonah Love, who had some serious equipment problems early in their set, culminating with the singer’s guitar strap breaking. He had to play the rest of the set sitting down on a drum stool, which put a bit of a damper on the band’s energy. They’d started out with a really manic stage presence, which was interesting due to the fact that their music was rather melodic in tone, with little of the volume or distortion that you’d expect from a band that was rocking out as much as they were. Of course, I’d rather see a mellow pop band go nuts onstage than watch some brutal metal band stand still, so I’m not complaining. As I said, the musical results were uneven, but I feel like I’d need to see these guys under circumstances in which their equipment was working well before I could really judge the quality of what they’re doing. There’s definitely potential there.

Next up were Missives, a relatively new band full of longtime veterans. Billy Mutter, formerly of Memorial, The Silent Type, and 10:33, among others, has the frontman role in this band, and while I don’t remember hearing him sing lead before, he’s certainly got the voice for it. Missives have a chunky post-hardcore sound that is reminiscent of Quicksand, but with a bit more melody added in. They pulled it off well live–they had a tight, well-practiced sound. While they quickly drew the attention of the crowd, people were reluctant to come up front. Instead, the crowd clustered behind a mysterious invisible line about halfway between the stage and the bar, leaving a huge open space directly in front of the stage. It looked like there was a big mosh pit happening, except no one was actually in it. While Missives’ music wouldn’t have really been mosh-worthy, it was good, and it’s a shame the whole opening-band stigma kept the crowd cowering at the back of the room. This band of married thirtysomethings doesn’t play out too often, for understandable reasons, but if you do happen to see their name on a bill, you should definitely go check them out. 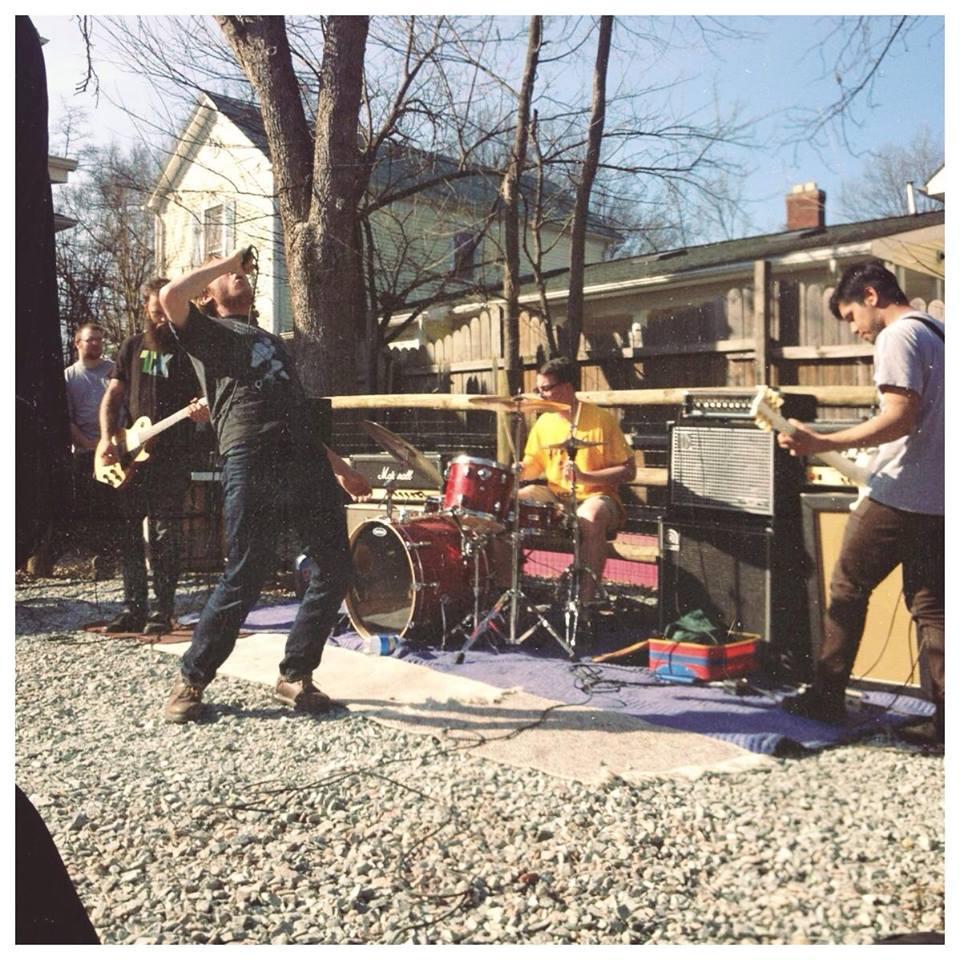 Springtime hit the stage next. I’ve been into this band since their demo came out back in 2012, and their EP from last year was even better. I still don’t have a copy of the vinyl, but I promise I’ll remedy that soon. Regardless, these guys killed it live, as always. The vocals weren’t all that audible, sadly, but it wasn’t a dealbreaker by any means, as the energy with which these guys played their songs made up for any shortcomings in the mix. They really had a lot of energy, too–plenty of pogoing and high-jumps, which is what playing fast hardcore is all about, as we all know. The melodic sense, present in all of their material going back to the demo, is getting more pronounced in the newer material they’re doing, but things are staying upbeat and intense, so I’m into it. I already can’t wait to see this band again.

Nona finished out this early-evening show, hitting the stage just before 8 PM. Singer Mimi Gallagher is the only guitarist on their album, but they were a four-piece for this show, and have apparently had a second guitarist for a while, though I cannot for the life of me figure out who he is (their facebook still says they’re a trio). Regardless, I’m glad they added him, because the guitar sound was thick and powerful and definitely benefited from the dual-guitar lineup. Their drummer plays a very minimal kit (three drums, a hi-hat, and a cymbal), but boy does he beat the hell out of it–throughout the show, his kick drum kept sliding away from him while he was playing. One of the members of Springtime loaned him an amp to try and block the drum from sliding away, but all it managed to do was slow the problem down a little. After every song, the bass player had to help the drummer move his drum back into place. I’m sure it was a pain in the ass for them to deal with, but for me, it was just further evidence of Nona’s energy and talent. 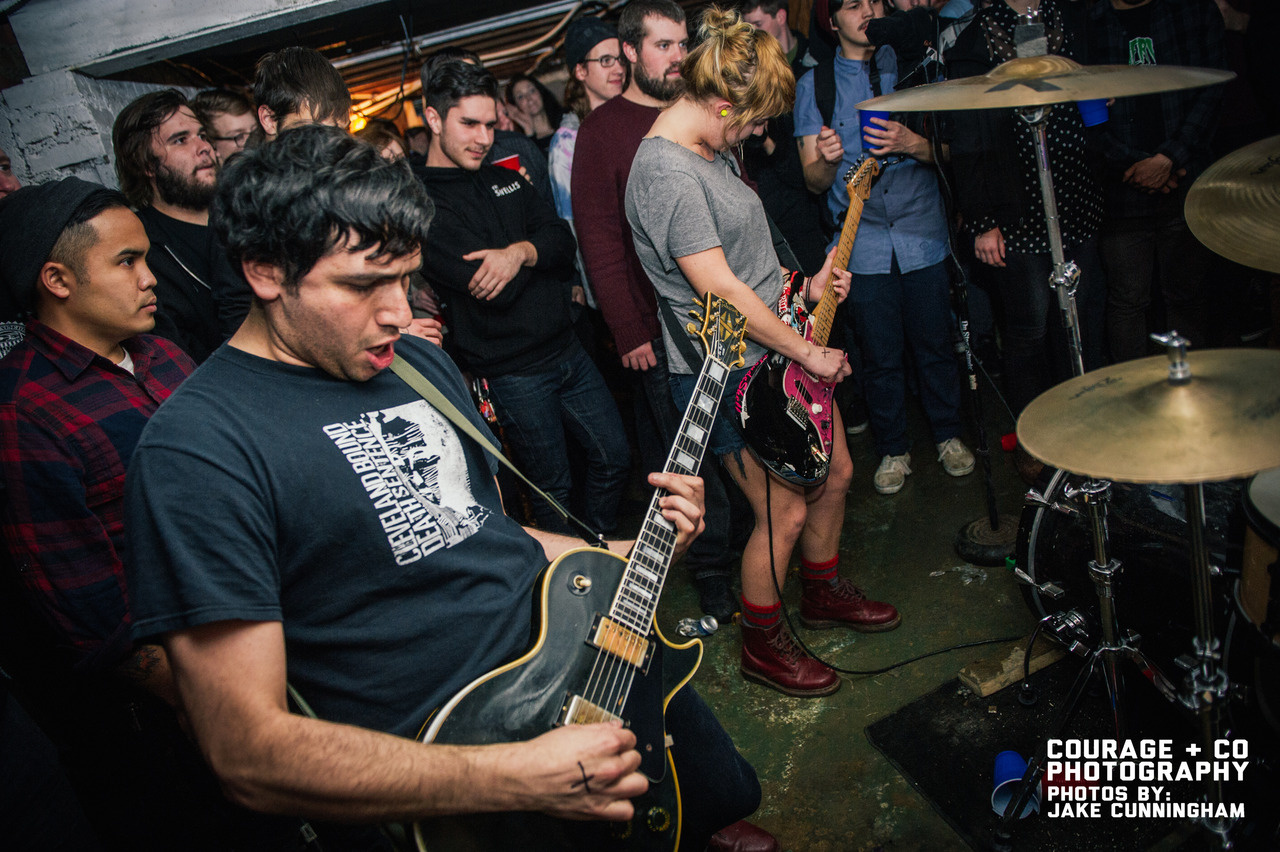 Their set was seriously amazing. As with Springtime, I couldn’t hear the vocals all that well, which is a real shame when you’re dealing with a unique singer like Mimi. She has this awesomely bratty quality to her voice that makes me think of Mac McCaughan from Superchunk, while also reminding me of Juliana Hatfield’s vocals for the Blake Babies. Simultaneously sweet, tender, and punk as fuck. Nona’s music has a similar quality, as it swings back and forth between pop-punk and post-hardcore/emo vibes–which genre it sounds more like tends to depend on how fast the song is. And speaking of fast, Nona’s set went by way too quickly. Before I knew it, they were announcing that they had two more left. Sure enough, it was 8:21, and the show needed to be over by 8:30 to make way for the late show, but it still felt like the whole thing went by way too quickly. I’d love to see this band again, and hopefully I will get a chance soon. Hopefully next time more people will make it out, too–while the crowd at Strange Matter Wednesday night was appreciative, this band deserves to be heard by a much bigger audience. If you weren’t there, you missed out. Don’t make that mistake again.