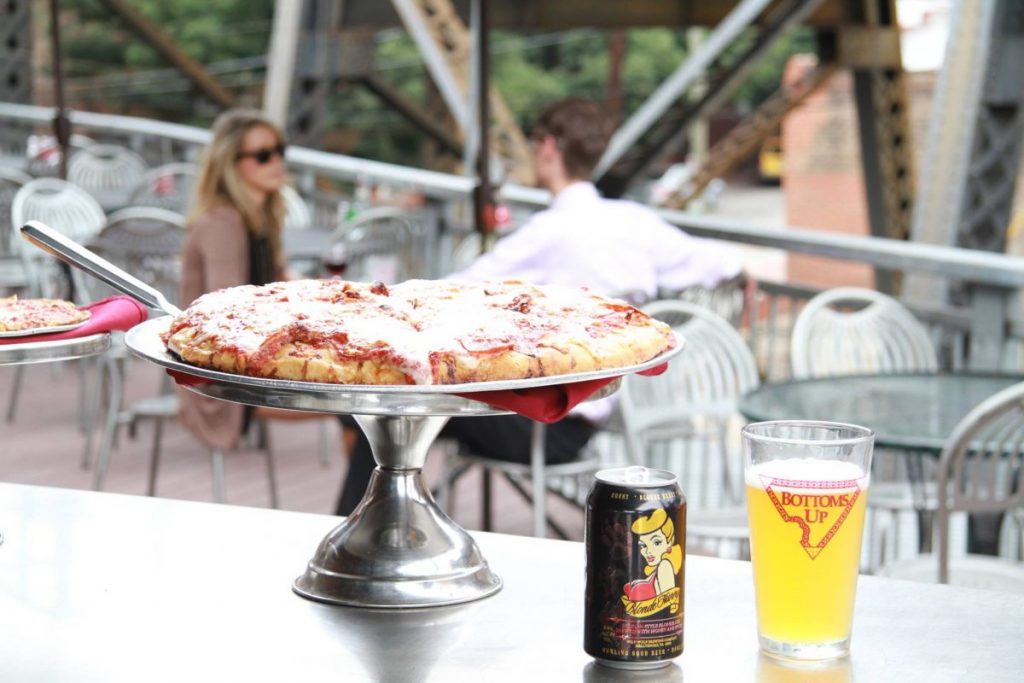 With Phase One of Virginia’s reopening plan underway in the counties and less than two weeks away within Richmond’s city limits, restaurants with outdoor seating are making plans for reopening their patios and balconies.

On March 24, Governor Ralph Northam issued Executive Order Fifty-Three, which called for the closure of certain non-essential businesses, banned all gatherings of more than 10 people, and closed all K-12 schools for the remainder of the academic year. At that point, the question of how local restaurants and businesses would survive became a looming thought in the back of many workers’ heads.

After almost a month and a half in which restaurants and breweries have only provided takeout and delivery services, Gov. Northam announced that the state of Virginia could begin implementing Phase One of Virginia’s reopening plan on Friday, May 15. Once this phase begins, restaurants and breweries are allowed to utilize outdoor patio seating, if it’s at least six feet away from the sidewalk or any public area, at 50 percent capacity, while enforcing that there be six feet between parties seated in the area.

After planning to reopen this past Friday, Richmond restaurants were struck with late-breaking news that they were to halt reopening for another two weeks. This occurred as a result of Mayor Levar Stoney’s letter to Gov. Northam requesting that the City of Richmond receive a two-week exemption from starting Phase One, due to an increase in the number of the city’s coronavirus infections.

Nick Lewis, manager at Bottoms Up Pizza in Richmond, said he was planning on opening back up the restaurant’s balcony and patio in accordance with Phase One on the 15th, but when he found out reopening was delayed, he understood the decision to do so. Despite being fully prepared to open back up this past Friday, he said he’s happy to abide by whatever executive orders come next.

“When the mayor came on and said we want to push it back to the 28th, I said ‘All right, that’s Richmond City,’ so we pushed back everything to the 28th,” Lewis said. “Unless they say otherwise again, then we’ll plan to follow whatever orders are destined for Richmond City.”

Among Lewis’ hygiene and safety implementations are that all employees must wear masks and gloves, no customers are allowed inside the restaurant besides to use the bathroom, and then only one customer can be in the bathroom at a time. There’s also “a special solution” that managers have to pre-mix, which kills the coronavirus virus within 60 seconds. They use this mix to wipe down all surfaces, Lewis said.

“We’re trying to beat this just as much as everybody else,” Lewis said. “At the end of the day, this is not something that anybody is used to. No one expected a pandemic.”

Despite another two weeks of being closed for in-person dining, Lewis said they’re staying afloat thanks to deliveries and takeout.

Similarly to Bottoms Up, Legend Brewing’s Richmond location was also planning to reopen their deck under the guidelines set by Phase One on the 15th. Allen Valencia, the regional pub manager of Legend Brewing’s Richmond and Portsmouth locations, said despite not opening back up in Richmond, he and his staff feel comfortable because of the necessary precautions they’ve taken.

“We had already thought about the precautions we were going to take long before the governor’s guidelines came out,” Valencia said.

Valencia said these precautions include serving on utensils that can be thrown away, so there’s no need to sanitize them every time they’re used. He also said that only every other table on the deck was made available, so they could abide by the six-feet rule. They’ve also designated separate entrances and exits, so that people entering and leaving aren’t passing each other in close proximity.

Furthermore, Valencia said they even went the extra mile to sanitize every half hour, even though the governor’s office said to do so only every 60 minutes.

Valencia’s staff members have not all returned, as a result of smaller demand making business slower. However, he said all staff members who aren’t already working will return in waves starting next week, with all hopefully returning by the end of the month.

At Legend’s Richmond location, Valencia said the deck usually sits around 200 people, so he’ll be able to sit 100 guests on the deck. He also has a beer garden that will be able to seat at least 30 guests with the 50 percent capacity rule, since it usually seats around 70.

Luckily for Valencia, he was able to open Legend’s Portsmouth location last Friday. When he left that location late Friday afternoon to come back to Richmond, he said it was still pretty busy, and “everything ran smoothly.” The Portsmouth location is still conducting to-go and curbside pick-up orders. These same to-go and curbside pick-up orders are what are keeping the Richmond location alive.

“We’ve been surviving thanks to the RVA faithful,” Valencia said. “People have been coming by and picking up their own beer and food from our establishment.”

Some establishments, such as Lickinghole Creek Craft Brewery, owned by Lisa Pumphrey and located outside Richmond in the Goochland/West Creek area, decided not to reopen even prior to the delay in Phase One. As of last Wednesday, Pumphrey decided against reopening, because she felt it wasn’t in the best interest of herself, her customers, or her employees to do so.

“It just isn’t worth the money,” Pumphrey said. “It’s just safety first. The curve did come down, and we don’t want to be part of the problem.”

Just like Valencia, Pumphrey is thankful to her loyal customers for continuing to support her brewery with curbside pickups, deliveries, and to-go orders. However, Pumphrey said she’s grateful to say she hasn’t been hit too hard by the pandemic, as their business model was already very much based on wholesale, and wasn’t completely dependent on their tasting rooms being open.

“I know other breweries that are very tasting-dependent,” Pumphrey said. “It hit them hard and it was a big shock in the beginning. But then you reconfigure and begin delivery and the curbside, and that did well.”

In addition to providing their normal food and beer, Lickinghole Creek has started a whole new business expenditure — producing and selling hand sanitizers. Pumphrey, who’s on the Board of the Virginia Craft Brewers Guild, said this idea came to her and she decided to run with it because luckily, the federal government has been less strict with breweries in issuing distillery licenses, which are needed to make the sanitizer. After Pumphrey received the required FDA establishment registration and FDA labeler code, she followed the mandated FDA monograph recipe for the sanitizer and begin to sell it.

“It’s been exciting,” Pumphrey said. “Once I got in deep enough, I was like, ‘Well, I’m just gonna go ahead and start a distillery now.’ It’s something I thought about doing in like, three years, but it ended up getting fast-tracked.”

She said with the reopening of many businesses, she’s seen a surge in orders, which she’s grateful for since this allows her to continue to provide jobs for her staff — because right now, they have to be “all hands on deck.”

“By filling all these orders, it really makes us feel like we’re being good community partners,” Pumphrey said. “Filling the needs, and helping fight the virus.”

Top Photo via Bottoms Up Pizza/Facebook