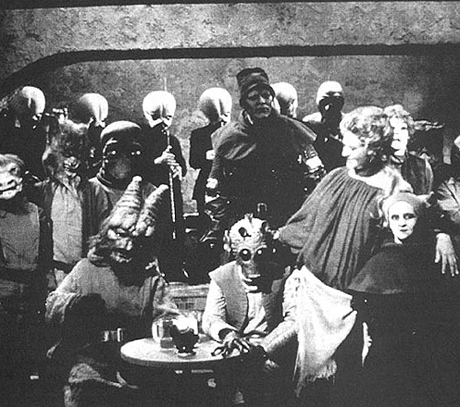 Friends In Low Places: Our Favorite Dive Bars in RVA

The dive bar is the anti-trendy. You won’t see these places make any hip top ten lists, and you won’t see them change with the times. These are straight up no hype bars with local crowds. Here is our list of our favorite watering holes that really don’t give a damn what you think. Keep your fedora at home.

Right across the Nickel Bridge waits the inspiration for this article. The Locker Room is cig smoke, old wood paneling, a nineties CD jukebox, a functioning shuffle board table, the biggest shot pours in the city with a blue collar crowd that knows how to drink and sing the blues. Also, Candy is one of the most interesting bartenders in the city. A hard luck lady working in a hard luck bar with a million Patsy Cline yarns to tell.

“Do it in The Forest!” is the catchphrase and it is all over this place. On the staff shirts, the bumper stickers, and the lips of the locals when they start to get going around party o’clock. DO IT IN THE FOREST! Do what exactly? Drink yourself into a stupor and walk your ass home. That’s it–not much else going on. If that sounds appealing to you, pull up a seat and see what 99% of the city actually looks like. The home for the Richmond hustler making moves, and the only bar with the outhouse/solitary confinement cell-like bathroom, where all kinds of lowdown situations happen.

Ever want to hang at a place filled with professional drinkers? The Sean Connery kind of drinker; the slow-sipping whiskey kind of drinker. Well, you might find paradise at Bamboo Cafe. Always filled with the older musician/artist/writer crowd, this is great spot to have a grown-man drink and calm your soul. The pours are decent, the bar food pretty good, and the company can get quietly rowdy–they sway, not get loud and obnoxious. Our favorite place to huddle with our comrades and plan world domination.

A great group of people; don’t let the hard looks when you walk in fool you. Wonderland is a family place, if your family is into horror punk, wrestling, and laying waste to their livers. A tightly knit spot that is run by a former wrestler and frequented by some of our city’s most well-known metal and punk personalities, you never know what is going to happen. One moment you will be caught up with a group of rock-a-billies, the next catching someone diving off the bar – really a drunken circus.

Empire is part of Richmond punk rock history, and the local watering hole for generations of Richmonders dating back to at least the early 70s. There are so many stories about this place we could write a book about it. Another spot that looks like a tough guy hideout but is actually filled to the brim with hard love goofiness. Don’t get us wrong, it does get rowdy in here, but get to know the staff and they will have your back.

If Phish was a bar then it would be Cary Street Cafe. Every night is a tripped out, drunken situation that could be compared to a side tent at Bonnaroo. If you are into that, then Cary Street Cafe might be for you. Friendly service in a free-spirited atmosphere, this place will take you where you want to go with generous pours and live music on any given night.

Have to mention a spot that we never see pop up on any lists anywhere: Emilios. Filled with drunken poets and musicians, the vibe here is of reckless abandon with people dancing at their tables and servers slinging big pours. We would say more but every occasion ends with hazy recollections and 2am pizza from Assante’s.

We haven’t been here so we can’t really comment, but watching the karaoke video above tells us this place is an adventure.

Besides having great sandwiches, Chiocca’s is a fun watering hole for locals. Researching this soon.