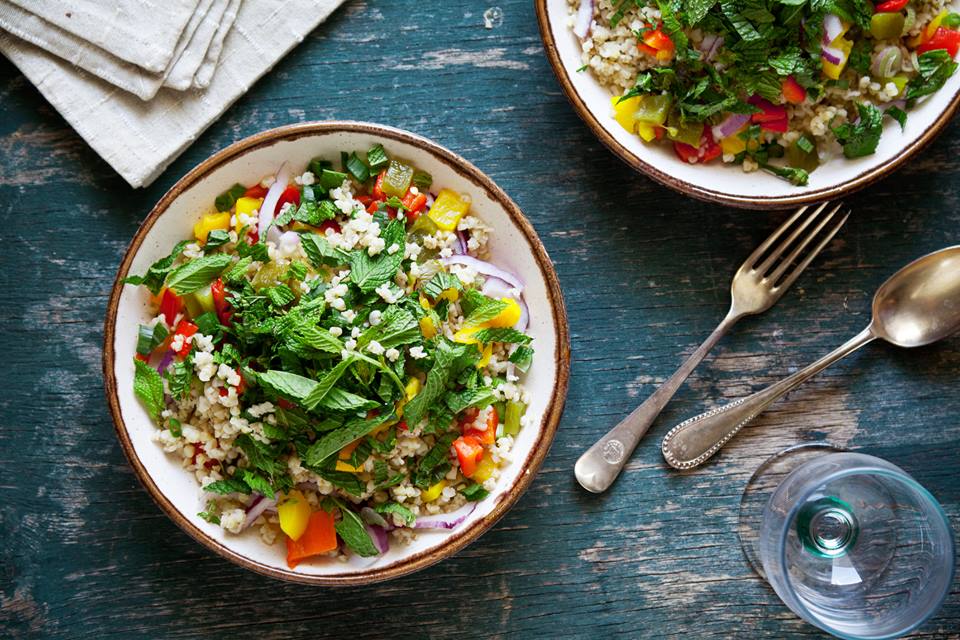 Eating healthy can be a bit of a challenge with our schedules and lives getting busier and more hectic by the day, but Charles Ellen, owner of The Good Leaf is hoping to change that with his on the go health-conscious restaurant. 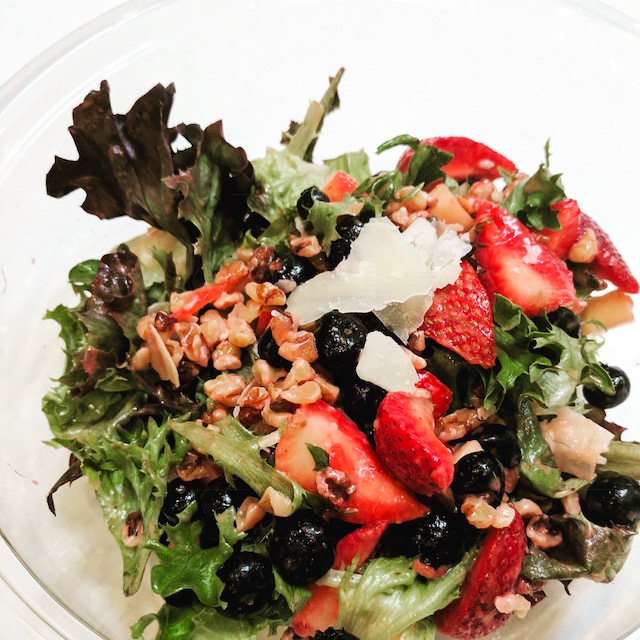 The Good Leaf, a fast-casual restaurant serving salads, grain bowls, soups and more opened at 2925 W. Cary St. in Carytown this month. It’s the first location for the restaurateur,  a teacher at St. Christopher’s up until 2015.

“I’ve always wanted to start a business and {I} cook a lot at home and wanted to start something that was more healthy, but fast,” he said. “People would eat healthier if it weren’t more difficult than buying a hamburger or candy bar.”

Ellen said he’s been developing the concept for the last two years, but narrowed in on Carytown just recently, officially opening Mon. July 24.

Carytown is very eclectic, they’re health-conscious people around, and people from the neighborhood patronize the stores so it seemed like the perfect area,” Ellen said. 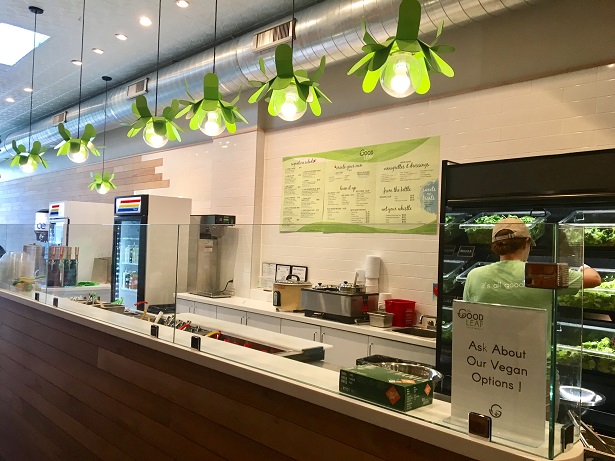 In addition to that, the restaurant sells soups and made-to-order salads with a plethora of vegetable and fruit toppings, types of greens, grains, cheeses, several vegan and regular protein options and a variety of dressings.

Most of the produce is locally sourced and guests can check out where some of their ingredients are coming from on a chalkboard display hanging on the wall.  Their Billy Bread comes right out of RVA, and veggies are coming from everywhere from Stafford, to Mechanicsville, to Hanover, to Louisa and Ashland.

“We try to get what we can when its in season and as close as we can,” Ellen said.

As they start to get settled, their goal is to start partnerships with more Virginia farmers according to Ellen.

The restaurant is similar to Chipotle, where you get your food cafeteria-style adding different items to your salad or grain bowl as you go. 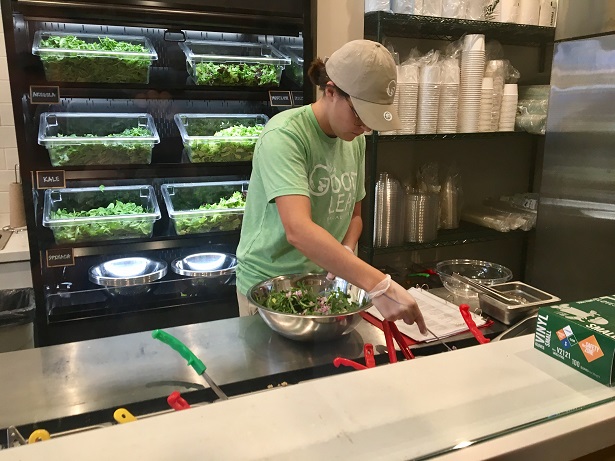 On a recent visit to the restaurant, I tried out their Black & Blue Shrimp salad which has bacon, red onions, tomatoes, blackened shrimp, your choice of greens and blue cheese dressing.

As you can see, The Good Leaf gives you a gigantic lunch portion with enough for leftovers later and I left fulfilled and satisfied. The produce was fresh, the shrimp were juicy and plump and the greens (I chose romaine and arugula) were crisp and fresh as well. It didn’t taste slimy or like it had been sitting out forever like Subway toppings. 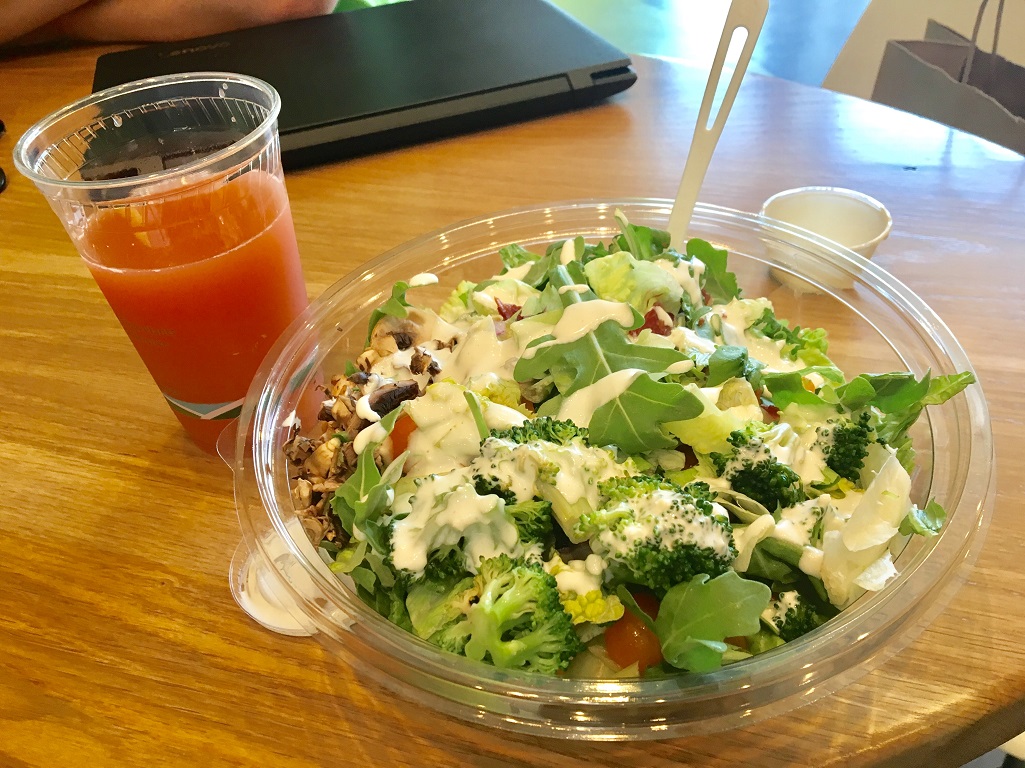 To wash it down, I chose Strawberry Kimi Lemonade, one of the their six fruit juices they have available which was absolutely delicious. The restaurant also offered Berry Lemonade, Pomegranate Guave Tea, Cantaloupe Orange Aqua Fresca, and regular Lemonade. 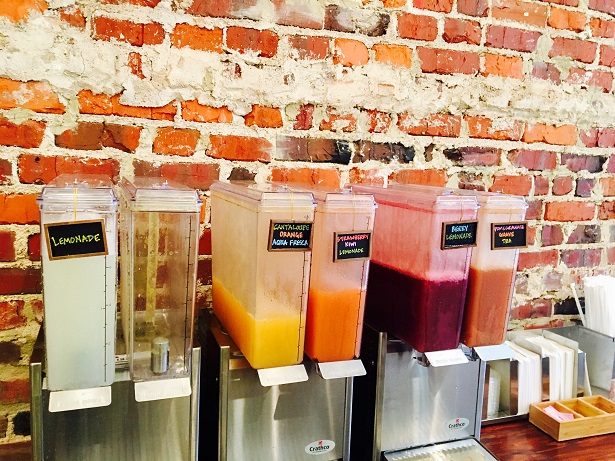 The Good Leaf also sells craft beer, mainly from Virginia breweries, in bottles and carries four wines on tap along with desserts. The restaurant plans to roll out cucumber and other vegetable and fruit-infused waters in the next week.

To add to the experience, the owners have installed a “living wall” of plants with little props for patrons to take selfies with about a month before they opened. 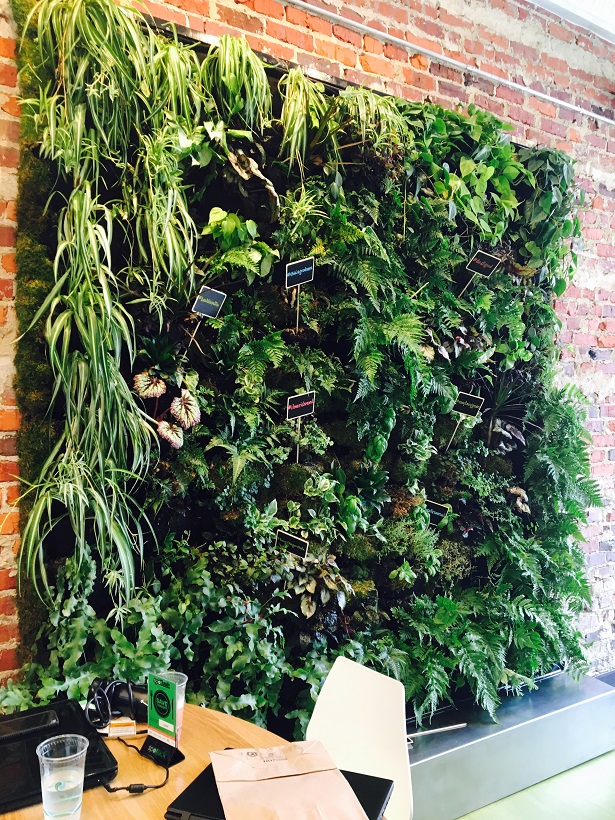 “It will be there forever,” said manager Matthew Lawrence. “We got a bunch of these little chalkboards like an Instagram, selfie contest kind of thing. Take a photo in front of our living wall and post it. We’re going to be doing more stuff like that.”

The two are gearing up to plan something special for Carytown’s largest annual event this month.

“We’re looking forward to the Watermelon Festival, we’re trying to develop some things for that,” Lawrence said. “Some drinks, a watermelon salad of some sort.”

The Good Leaf hours are Monday-Sunday 11 am to 8 pm.