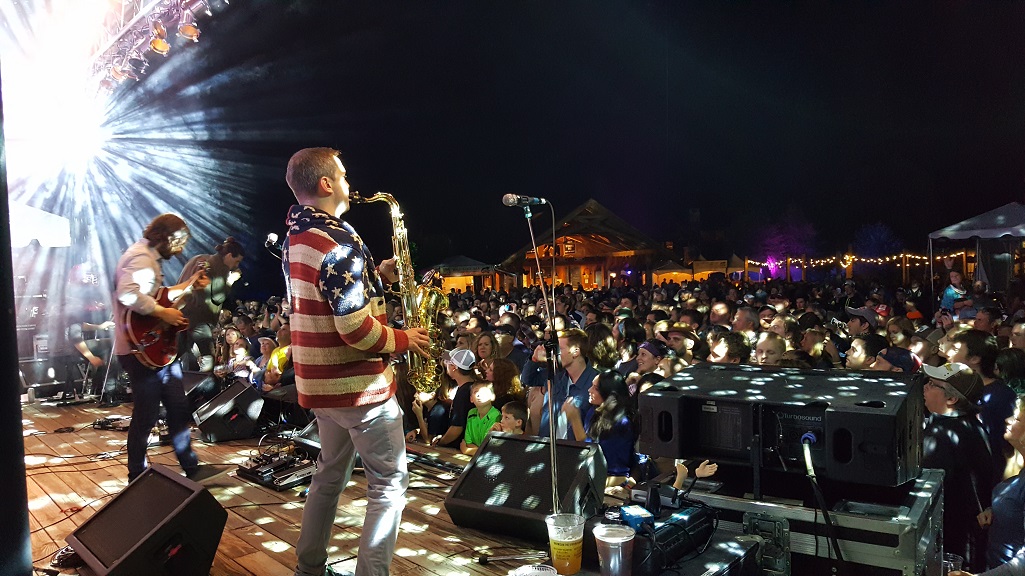 If you’re just looking to go walk around and drink a beer, you go to a brewery or craft beer festival, if you want to just listen to some good tunes, you go to a music festival or head to a show, but if you want that, but also crave a little more action and excitement, Devils Backbone Brewing Company’s Hoopla is the place for you this weekend.

Now in its second year, Hoopla offers a weekend of camping, outdoor activities, workshops, kid-friendly events, yoga, music, beer and more for those adventure-seekers out there. The multi-day festival aims to give attendees a different experience than a run-of-the-mill festival according to DB Chief Operating Officer Hayes Humphreys.

“The world doesn’t really need another beer or music festival,” he said. “We set out to ensure that Hoopla offers something unique, and we made that happen by leveraging the amazing venues we have at Basecamp, tucked into the Blue Ridge Mountains. Steve and Heidi Crandall founded Devils Backbone here because it’s at the crossroads of a slew of amazing adventures: hiking, biking, kayaking, wine touring, skiing…”

Devils Backbone, in Nelson County in Charlottesville, up until this year, held the Virginia Craft Beer Festival on their grounds and they also host the three-day music festival, The Festy Experience. While the former two cater to the craft beer enthusiasts and music lovers, Hoopla is meant to draw people together to craft their own adventure. 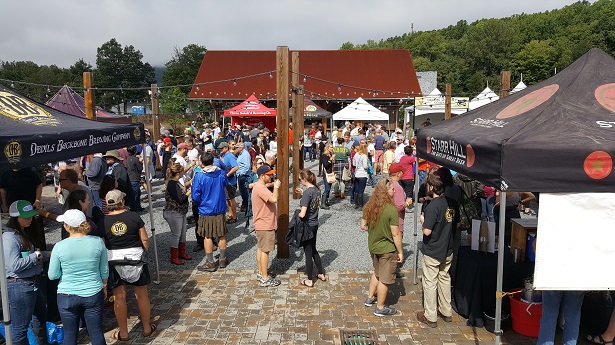 “Hoopla was created out of our desire to make an event that lets Devils Backbone drinkers immerse themselves in and celebrate our culture,” he said. “We’ve held a number of great festivals at Basecamp over the years but they were all created and directed by outsiders, and we wanted something that was a comprehensive reflection of everything Devils Backbone is about.”

Humphreys said the organizers planned Hoopla around seven values that represent the brewery: “Adventure”, which consists of field trips from the brewery; “Beer Positivity”, where the craft beer comes in obviously, “Family”, featuring a slew of activities for all ages, “Passion”, the musical programming aspect; “Humility” the educational programming component; “Integrity”, which consists of sports and games; and finally “Stewardship”, where the festival offer opportunities to make a positive impact on the environment.

Returning activities to this year’s festival include a Pop-Up Beer festival and a Beer Dinner, hiking, biking, touring Nelson County, and panel discussions, which Humphreys said were a big highlight of last year’s Hoopla. 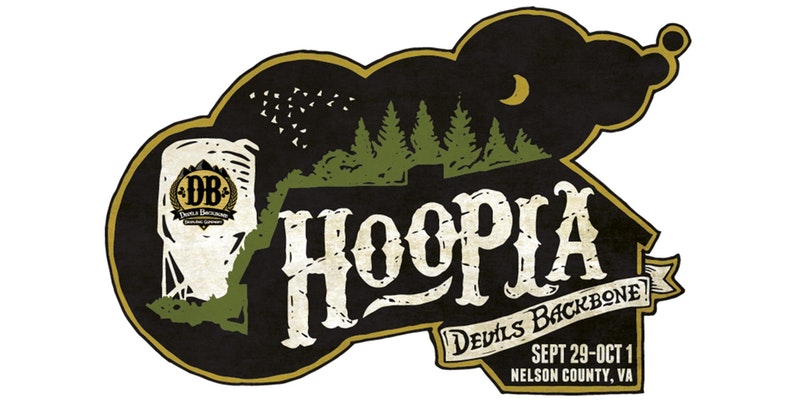 “Last year, I sat in on an amazing panel discussion with several Appalachian Trail Thru-Hikers that was totally eye-opening…,” he said.

In addition to that, there will be a campfire cook-off challenge, brewery tours, a guided mountain bike ride, a tie-dye workshop, instrument making, cornhole, a 5k, Backpacker Magazine AT Through Hikers Panel, two stages of live music featuring 20 bands and more. Check out DB’s “How to Hoopla” Guide here for the complete rundown of events for the weekend.

“The Daypack Games, which was a whole separate festival last year, has been condensed and will be a fun mini-Olympics within Hoopla this year.”

The musicians and bands are mostly from around the state, with The Dharma Bombs representing Richmond along with fellow Virginia bands Lorn Nelson, Chamomile & Whiskey, Disco Risque, Travis Tucker and Elliot Rogers, Bryan Elijah Smith & The Wild Hearts, Gold Top County Ramblers, along with the Cville All-Stars. Rainbow Kitten Surprise, The Hip Abduction, Blitzen Trapper, and Langhorne Slim will headline the festival. Check out the full lineup here.

“I think the music is another differentiator for us,’ he said of the acts. “We have some awesome string music and some rock, indie, alt-country, and lots more. All the acts are tied together by their high energy and how much fun they are on stage.” 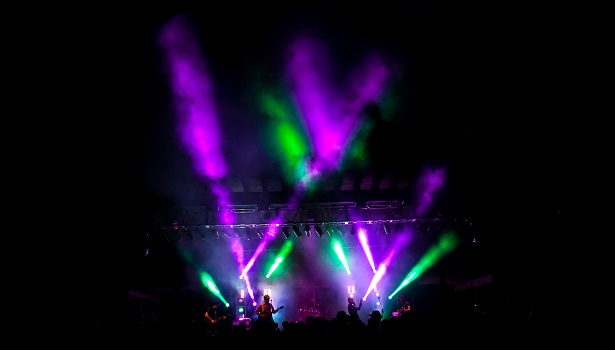 And if you’re wondering about the beer, don’t worry, Devils Backbone made sure to create some festive brews just for the occasion.

“For this year, we’ve brewed two special Hoopla beers with two of the bands set to play,” Humphreys said. “Lady Lie PA is a bright, fresh, exciting IPA featuring a slew of fruity, juicy hops. The Keeler is a light and refreshing Golden Ale brewed with and for Larry Keel. Larry told us he wanted something he could pound!”

Last year, Hoopla saw 1,500 festivalgoers and Humphreys said with ticket sales, they are expecting about 2,000 for this year’s event. Camping, parking and all of the activities and adventures taking place are included in the ticket price except for the beer dinner on Saturday night which benefits the Nelson County Pantry.

The three-day festival kicks off this Fri., Sept. 30 and runs through Oct. 1. Weekend passes including camping as well as single day passes are available.  Tickets range from $15 for one day up to $120 for a four-day camping pass with a number of options in between. You can grab yours here.