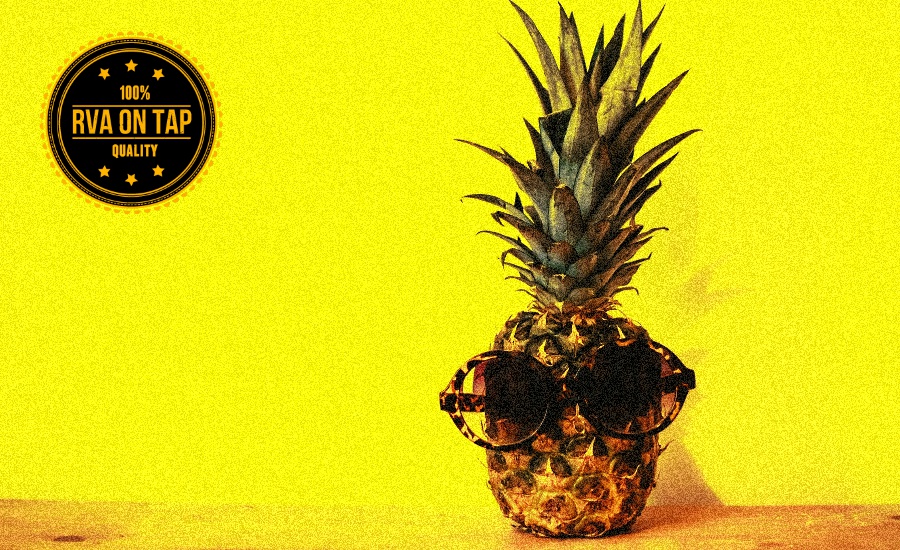 This week, we’re diving into lots of special occasions as the springtime rolls in, and our calendars are starting to fill up with the best warm-weather times for the River City.

Oh man, this is gonna be good. Center of the Universe Brewing is hosting their 2nd Annual Southern Food Festival this Saturday, and it looks like a dream. They’re not only bringing together some of Richmond’s best Southern cookin’ establishments — like Mama J’s, Capitol Waffle Shop, Jake’s Place, Grandpa Eddie’s Alabama Ribs & BBQ, and more — they’re also inviting all of us (!!) to submit our own favorite family recipes to enter into the competition. Y’all might even catch my famous ham biscuits there (if you’re lucky). The submit date for the competition ends TONIGHT, so if you want to get your fav apple pies and cornbread into the mix, you better get cooking and head over there ASAP.

Y’all, I can’t wait for this one. The brewery will also have a special limited beer release on tap, Bless Your Heart, a Peaches and Cream ale that I am absolutely drooling over already. Fuck me up, COTU. I’m bout to pass out in a peach-beer-ham-biscuit-apple-pie-coma and none of you can save me.

Further down at Hardywood this weekend, Raspberry Short Kate is dropping for Fresh Can Friday. Named after a beloved member of the staff (whose height we can’t confirm), this 7% ABV Milkshake IPA is probably the best way to start off a hopefully-hot weekend. Brewed with milk, sugar, and tons of wheat and oats, Short Kate is soft on the feel and full of body from its Cascade and Huell Melon-hop profiles. They’re also working with Sure Hand Signs to bring out some new artwork for Tropication on Friday, so be on the lookout for both of these warm weather brews through the week.

Back roads and beer. Two of my most-favorite things are coming together next week at Legend Brewing Company, for a film preview of Back Roads: People, Places and Pie Around Virginia. This documentary follows Bill Lohmann and Bob Brown, with filmmaker Randy Scott and his crew, documenting the travels of these two buds as they make their way through every corner and cave of our state — and apparently getting in some healthy doses of sweet Virginia pie along the way. Legend is releasing a special beer for the occasion, Back Roads Black Lager, a Schwarzbier-style recipe that holds a nice drinkability for the classic dark brew. If you come with an appetite, you can also get some tastes of Legend’s documentary-inspired dishes topped with gravy and served up with pie and beer: clearly, the best way to celebrate the release of their long-awaited film.

While we’re on events, don’t forget to close out your weekend over at Stone Brewing for their Sunday Farmer’s Market. It’s the first of the year, and it’s probably one of the few farmer’s markets in town that makes it acceptable to day drink while you shop… plus, it’s almost certainly the only one that doesn’t start at the crack of dawn, and who really wants to get up that early on a Sunday? Since the city’s full of local vendors, makers, and farmers, there’s usually something for everyone at markets around here. It’s 21+ for booze, but all ages are welcome, so bring the kiddos along for the afternoon if you’ve got ‘em.

Can we say yum? Ardent’s releasing their Pineapple Guava Gose tomorrow night, and the 5.6% ABV wheat beer marries the tropical to the tart. With salt and coriander blended with pineapple and pink guava purée, it’s perfectly-pink to the eye and perfectly-flavored to the tongue — and its softer, juicy taste complements the acidity of the gose. Get one while you can, because this one’s not out in cans or bottles. Coming up next week, you can also head over to Ardent for History on Tap: Women Making History, and Alcohol to get your knowledge on about the history of gals in beer production. Who knew — we know stuff, too! Mind-blowing. Anyway, it’s painfully underreported, so props to Ardent for setting this one up. Blue Bee Cider is coming out to host, too, and they’ve made a collab with Ardent called Jane’s Persimmon from an 18th-century Virginia women’s cookbook for the event.

The Answer Brewpub brought back Summer Showers IPA last week on Pie Day (bless), made with Australian Summer hops. It’s a soft, hazy IPA according to The Answer, and it’s packed with cantaloupe aromas to bring out the best type of refresher for the springtime. “Like a cloudburst in the summer,” they say, this ripe-melon, citrus, and tea-hinted brew will be gone as quickly as it came.

A new Belgian-fruited sour is on its way to Väsen Brewing Company tomorrow, and after being conditioned with hundreds of pounds of papaya and mandarin orange, it carries its name. Papaya Mandarin Sour has a mostly-tart flavor, but to even it out, Väsen added a hint of lactose to bring out a sweeter balance to add to its “dangerously smooth” tastes. They’re hosting their Geeks Who Drink trivia night alongside the release, so gather your nerd friends and grab a Goatocado bowl to compete for the night.

Final Gravity’s got a double whammy. Head out to Lakeside on Friday for a taste of another one of their famous Session IPAs, Dwarf Star, and its DIPA brother, 3 Mile. Dwarf Star is an especially-drinkable beer, hitting in at 4.5% and brewed with the trusty Mosaic, Citra, and Amarillo hops for a full taste and a tropical, smooth flavor. 3 Mile brings in more fruit, with pear, grapefruit, and passionfruit to complement its hop profile, and created as a homage to the brewery Running Club’s second anniversary this week. The tastes were picked to refresh your senses and “get you going,” so if you’re in need of a sidekick for all the marathons you’re running this season (count me out, but I’ll watch y’all from the bar), it’s right up your alley.

Where the hops and the hip connect: bring out your haggling mood, because Isley’s got a shopping Spring Fest coming up on Saturday with our favorite thrift + antique shop. Class and Trash is partnering up with the brewery to celebrate the first day of spring, plus Isley’s releasing a brand-new-brew to kick off the season. I’ll Bee Bock is a Honey Bock Lager with a German backbone, flavored with honey and finished with a thick, creamy head. No matter the weather, this lager will sit well with you to check out the vendors and bring home the goods.

Castleburg Brewery and Taproom is bringing back their Lemon Peppercorn Saison this week, fresh and zesty to pack in all the citrus. If you’re unsure about the pepper, don’t worry: Castleburg says it’s but an aftertaste to the lemony-deliciousness of the Saison, and at 6.7%, it’s a solid drinker for any time of the week.